First batch of rough thumbnails. Referencing back to the time I was training to be a Rope Access Technician. More to come. 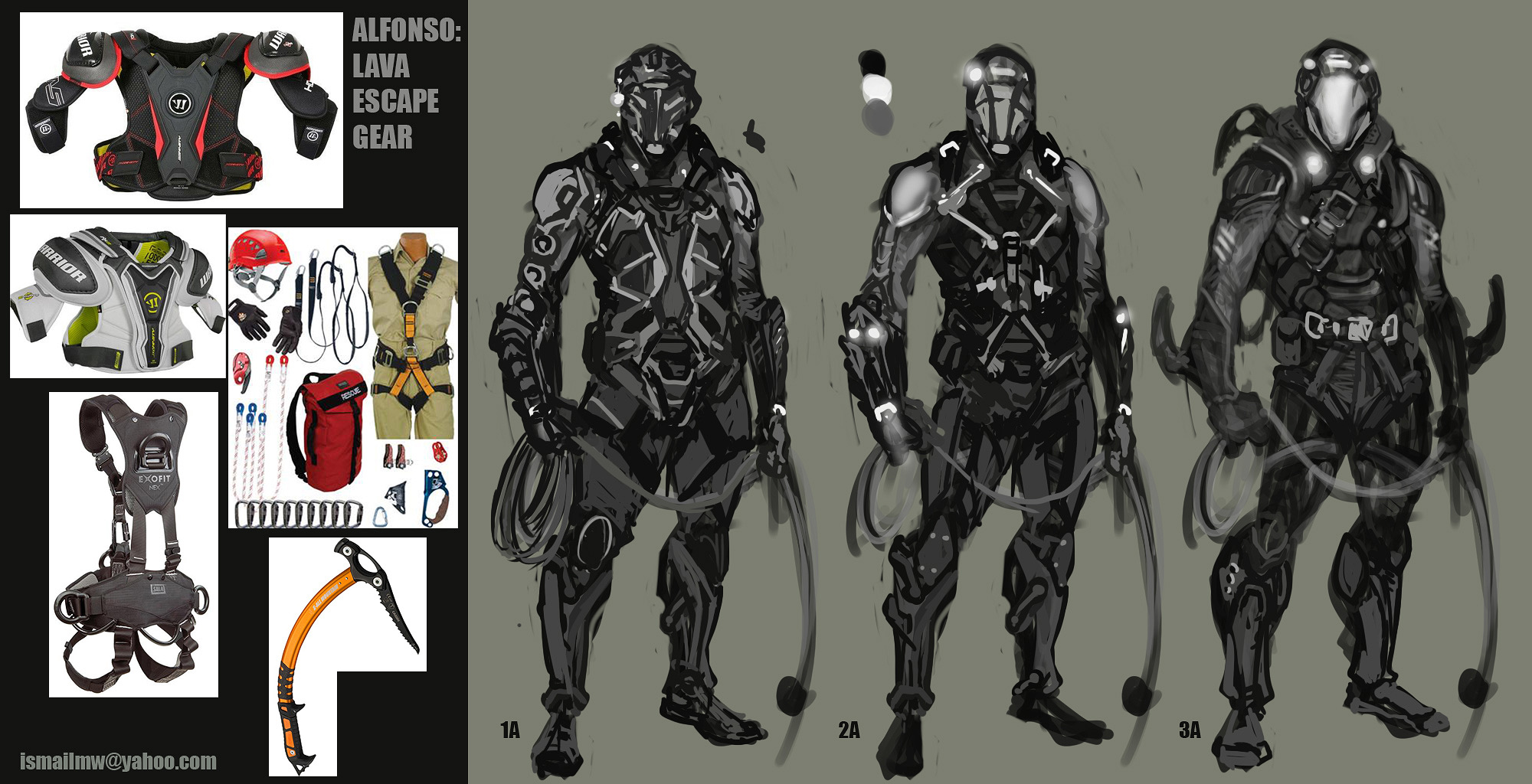 February 6, 2019
Some Helmet Exploration. Going the route of a full face shield. Opaque like automatic tinting lenses in Welder’s helmets. I imagine the automatic tinting will be of assistance when there is a flare up of volcanic activity during the escape. 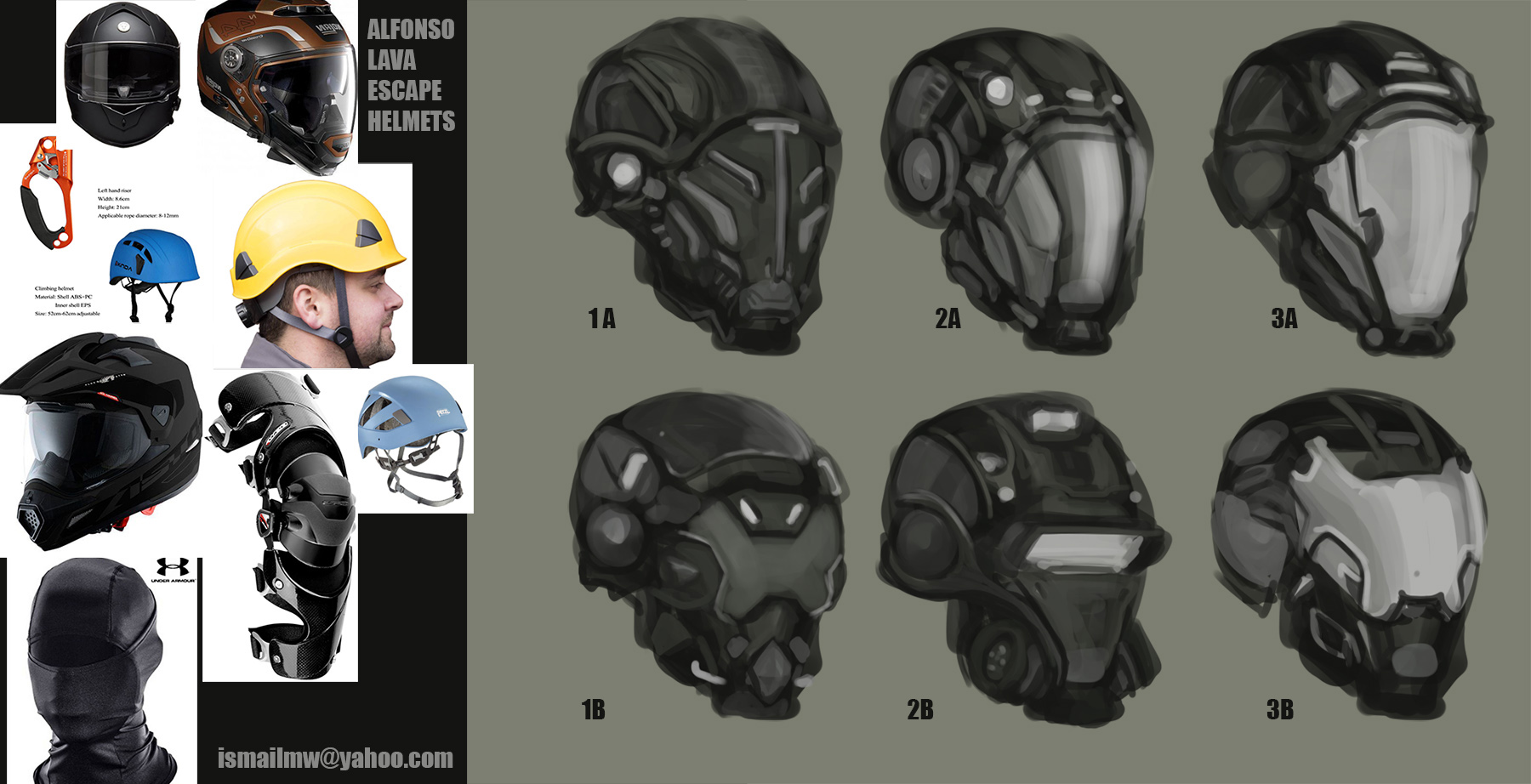 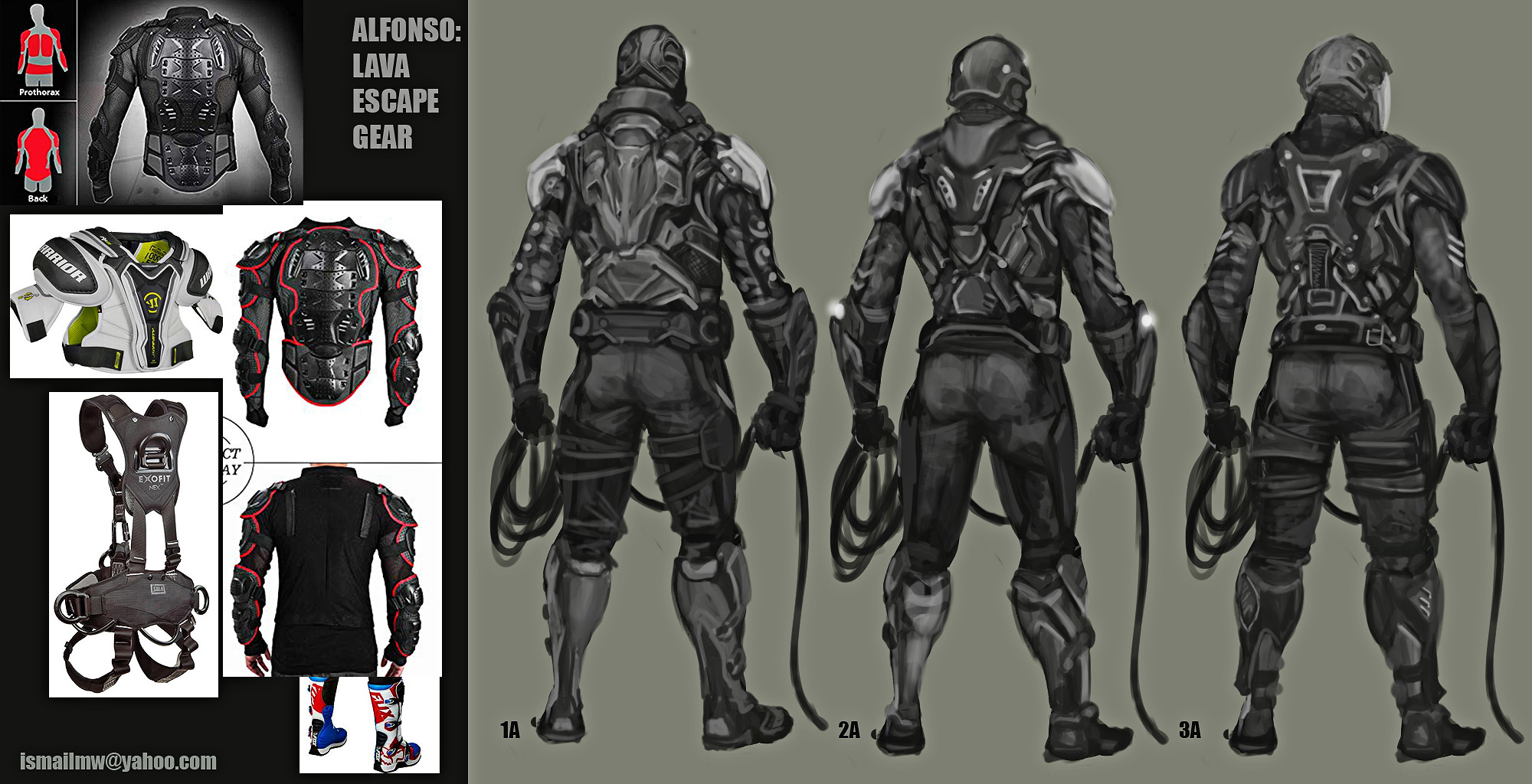 Thanks to Travis for prepping the presentation sheets. Great idea! 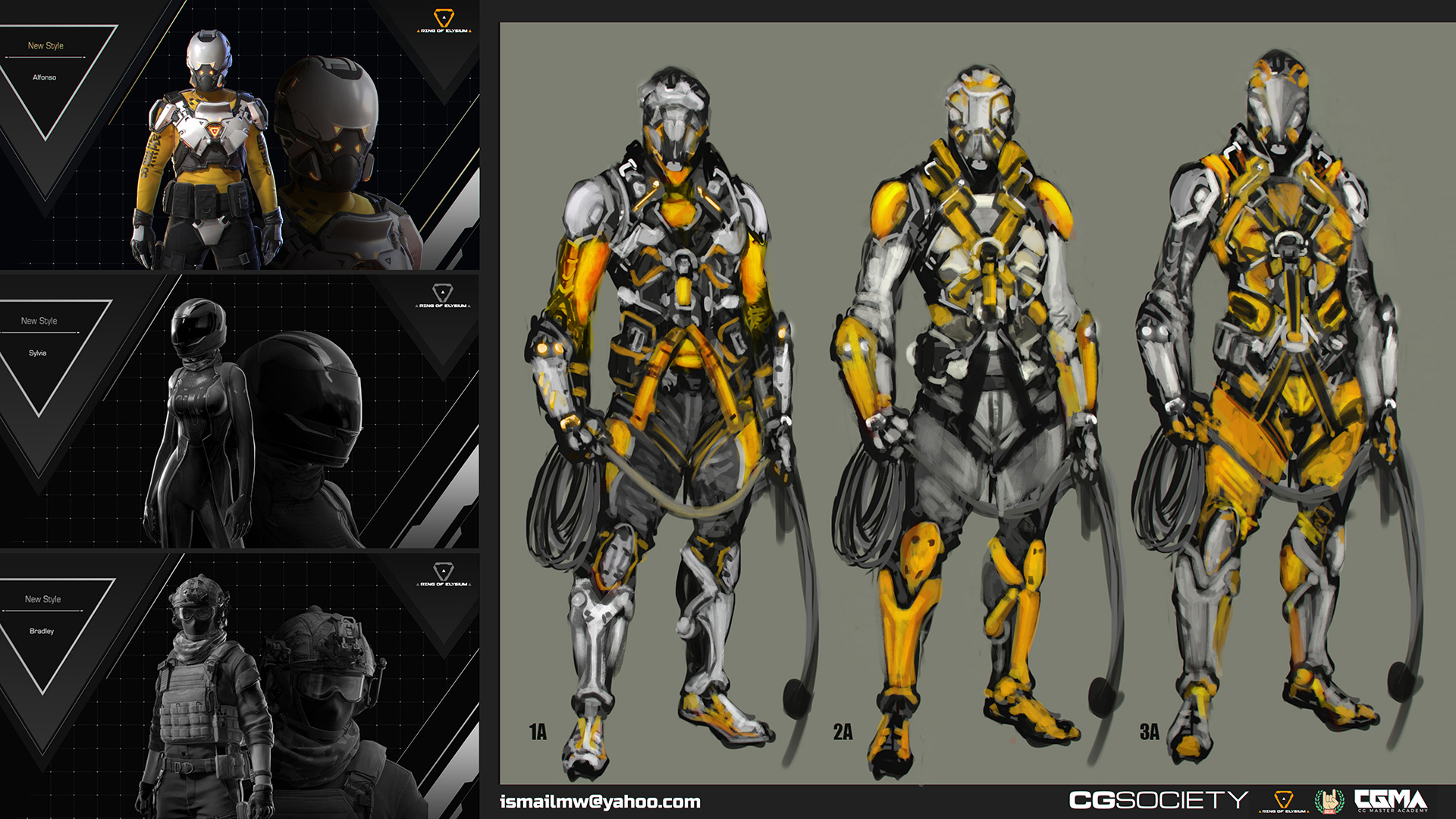 I’ll take a stab at Sylvia. The suit is equipped with thermometer readers distributed throughout the body (circular attachments); the heat is dispersed through the suit based on the thermometer readings, with any excessive heat being absorbed into the heat plates 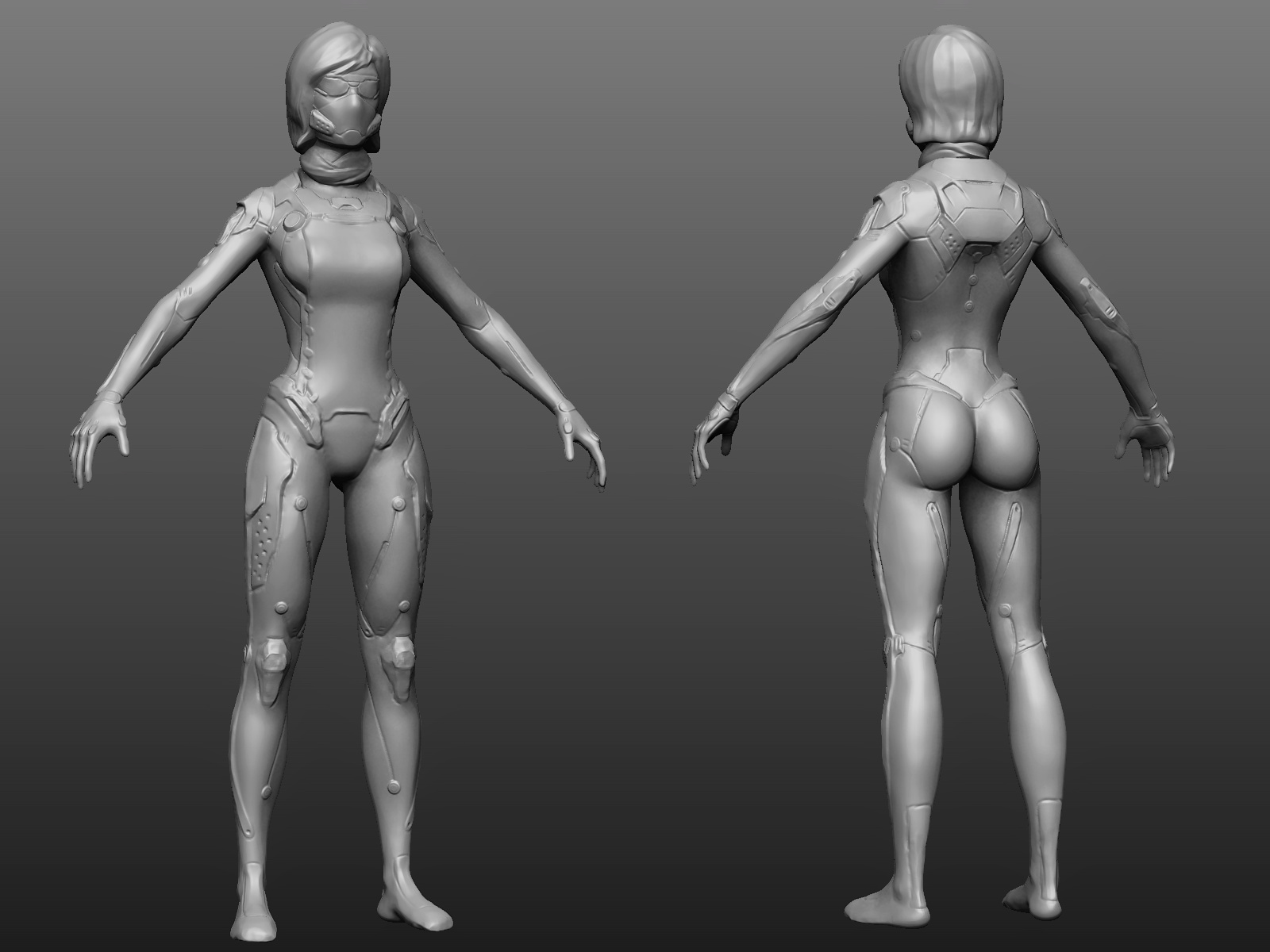 Thanks Ismail. Your designs look great! Love the helmets 2B and 3B.

George Matsikas
I’m planing to go in a more post apocalyptic way with this. Like she found the pieces around and made her suit. So, here’s the helmet: 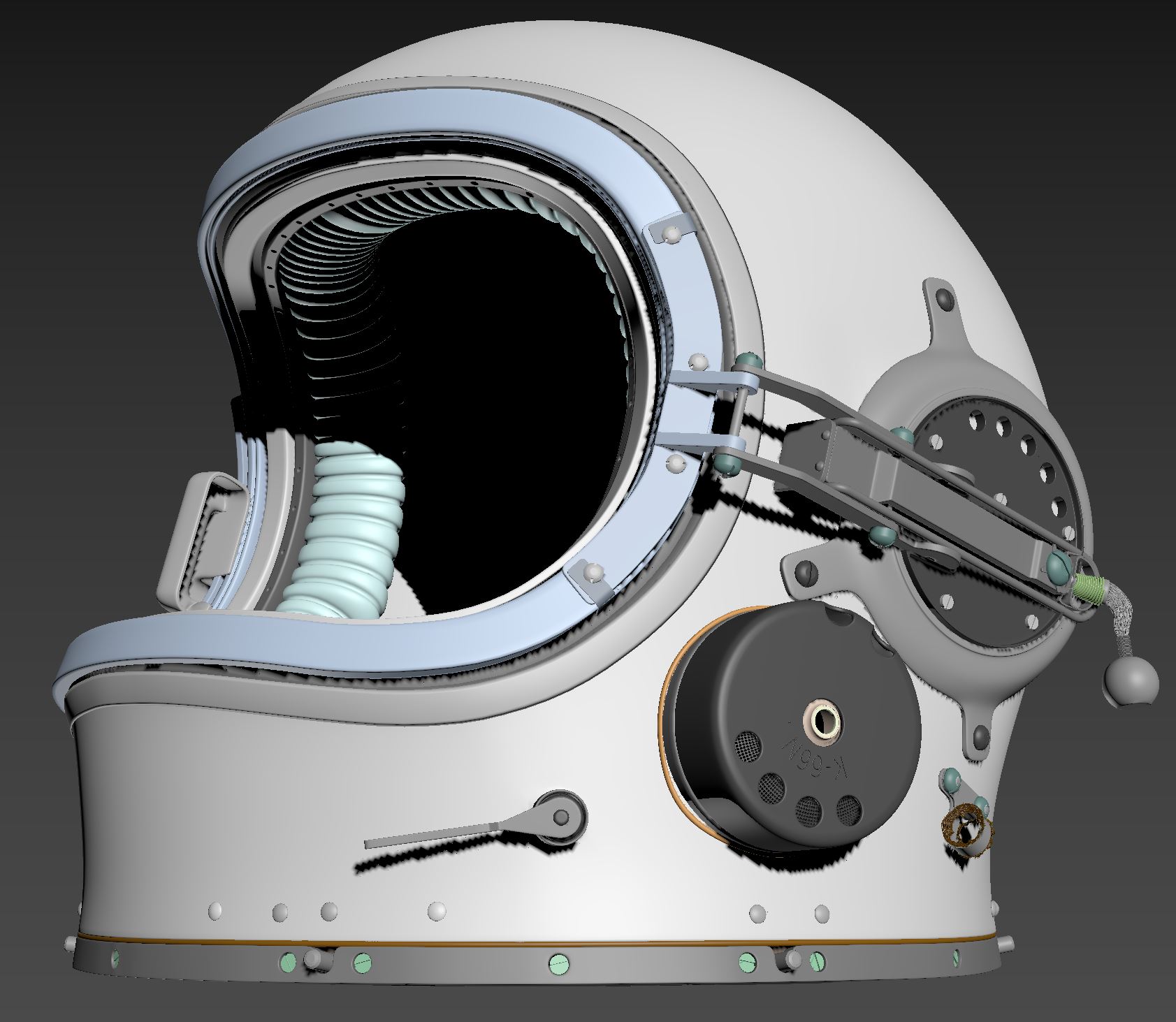 in this week i will build her suit that will be somekind of biohazard thing [ very plastic and stuff ] and later canisters and air valves for her because she humps from high altitudes. If i have time later i will add climping gear. Can anyone tell me legit [ ewwwhh] if it’s ok to go to that direction? thanks for watching and take care :] 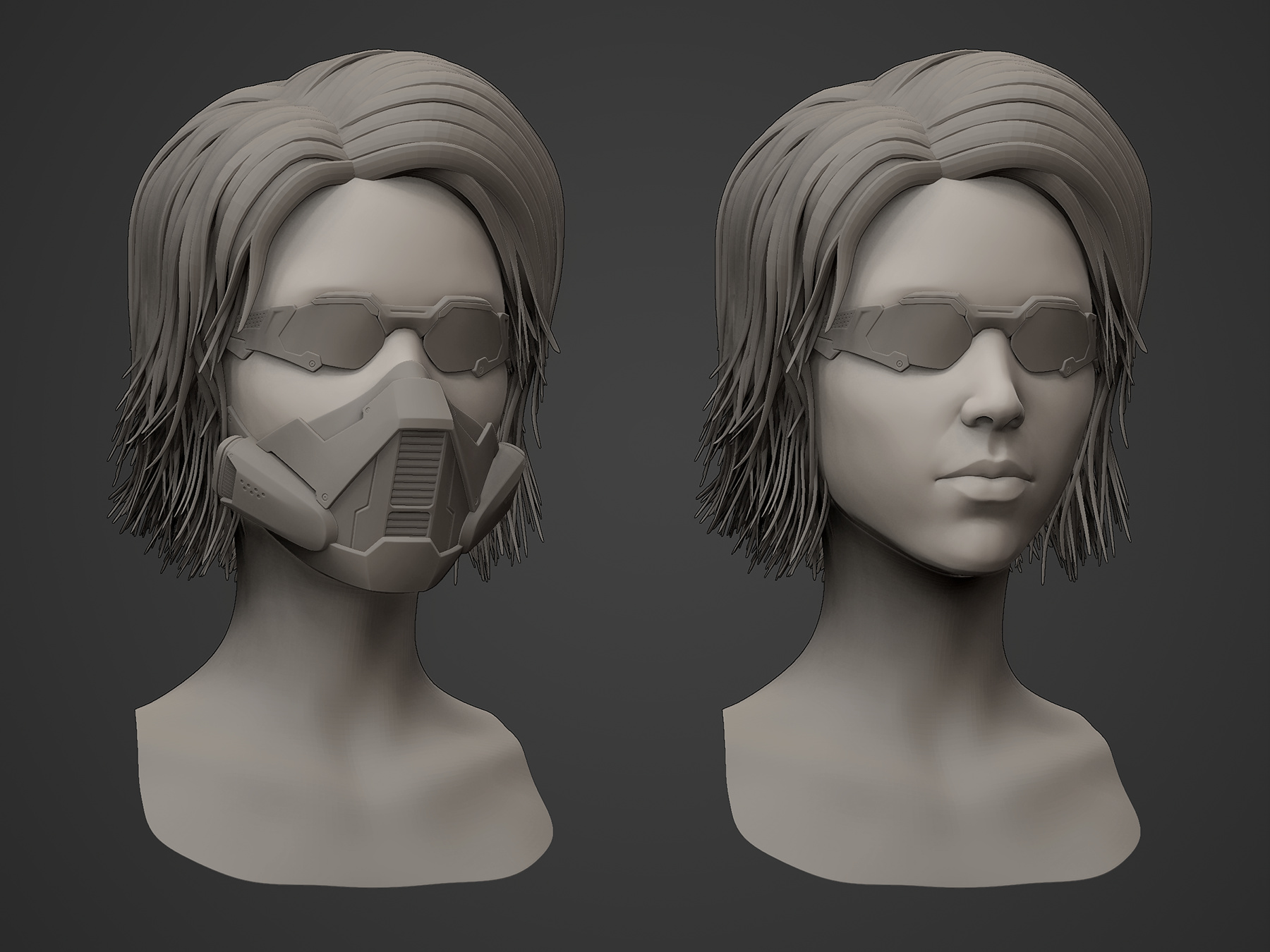 Looking good George!
From my understanding, if we chose to go with a new suit design, it’s almost like creating a new skin. At the same time, I’m sure we aren’t restricted to game art style and are free to go for a more stylized or more realistic route. I’d say to check out the game (play or watch youtube), and if you think your design would fit with overall gameplay, you should be good. But don’t take my word for it, it’s just my understanding and I might be wrong.

Looking forward to the next update!

Here is a quick template for those that want to use it. Feel free to create your own to quickly identify your character choice and organize entries! 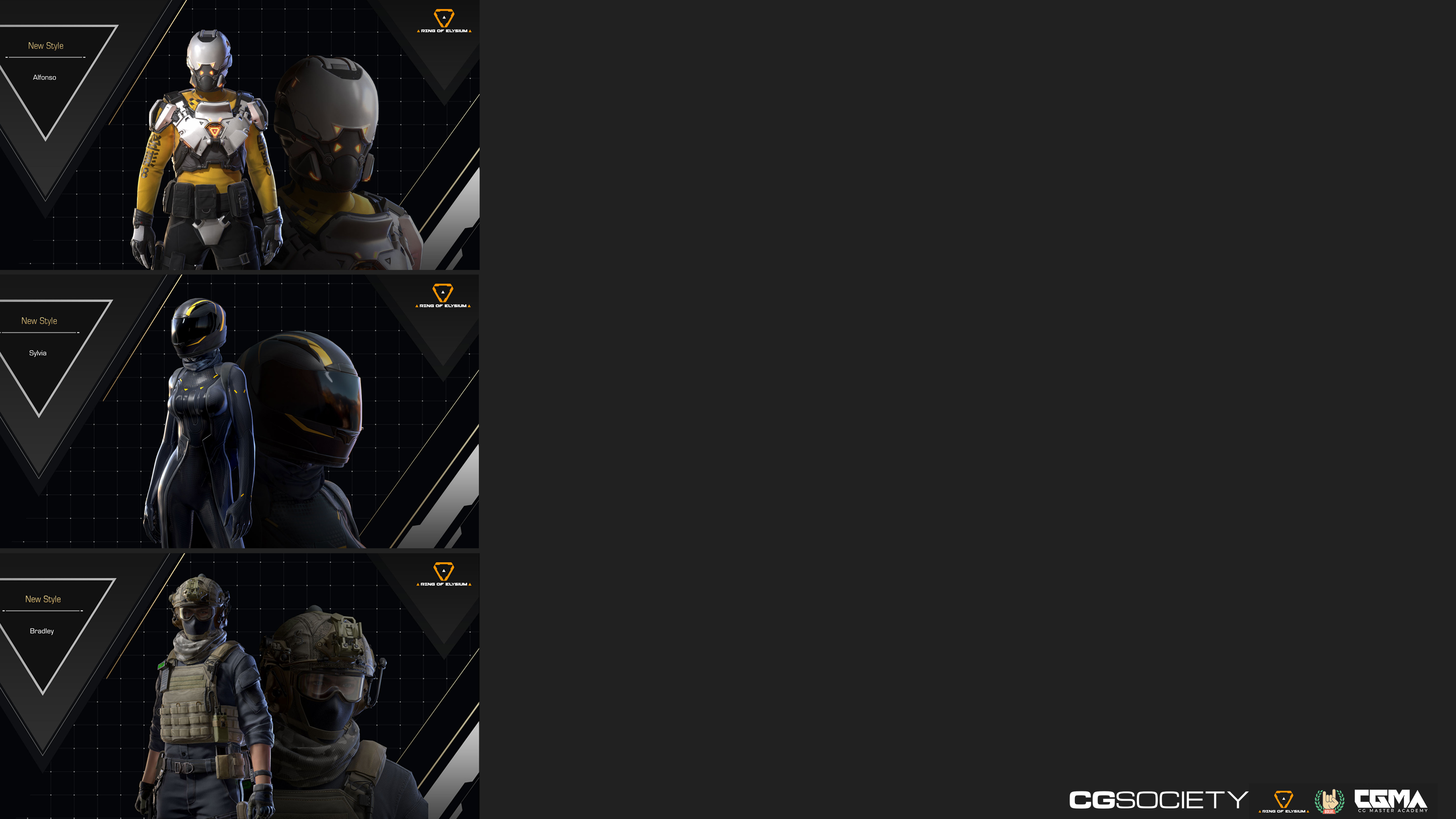 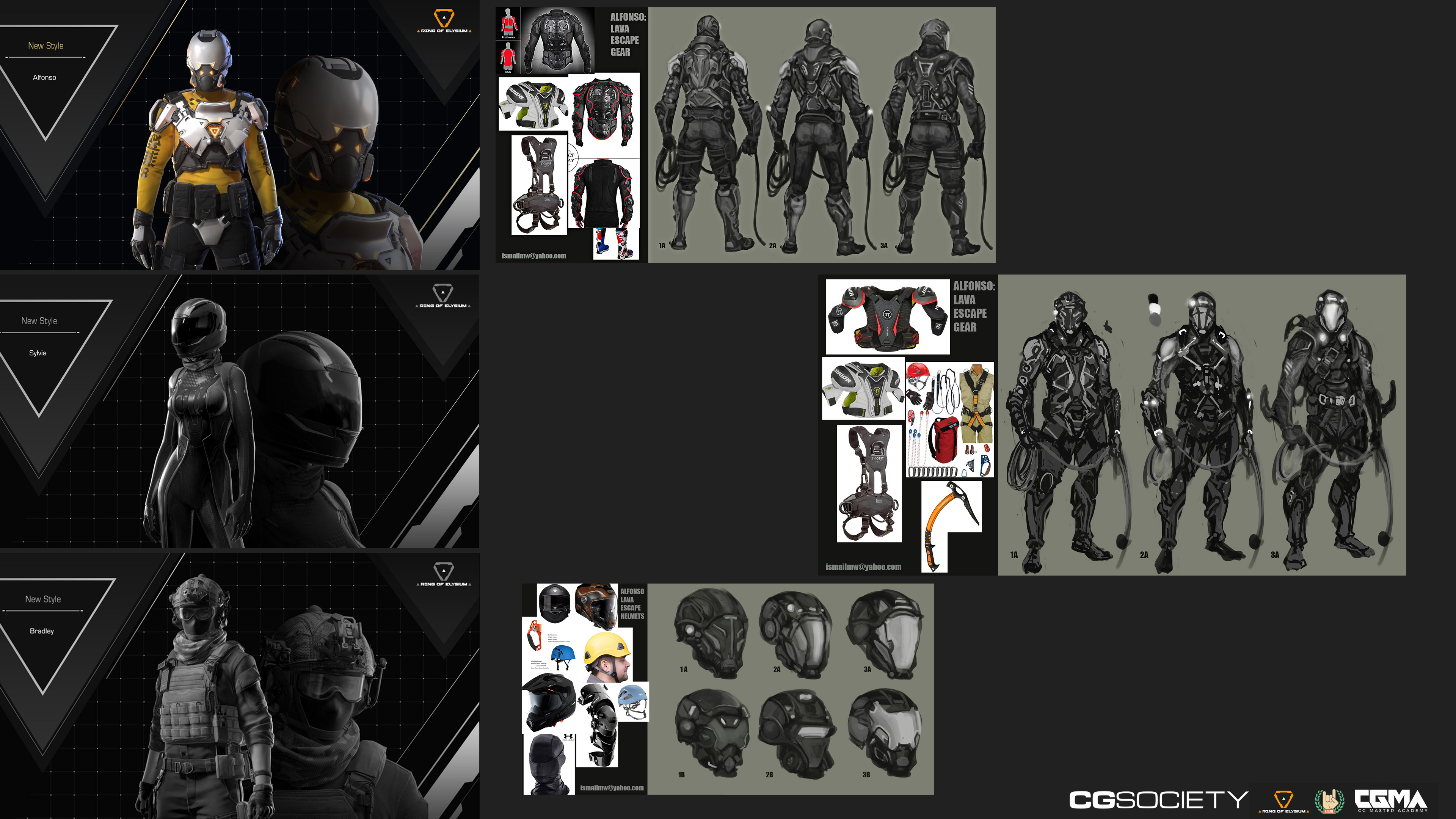 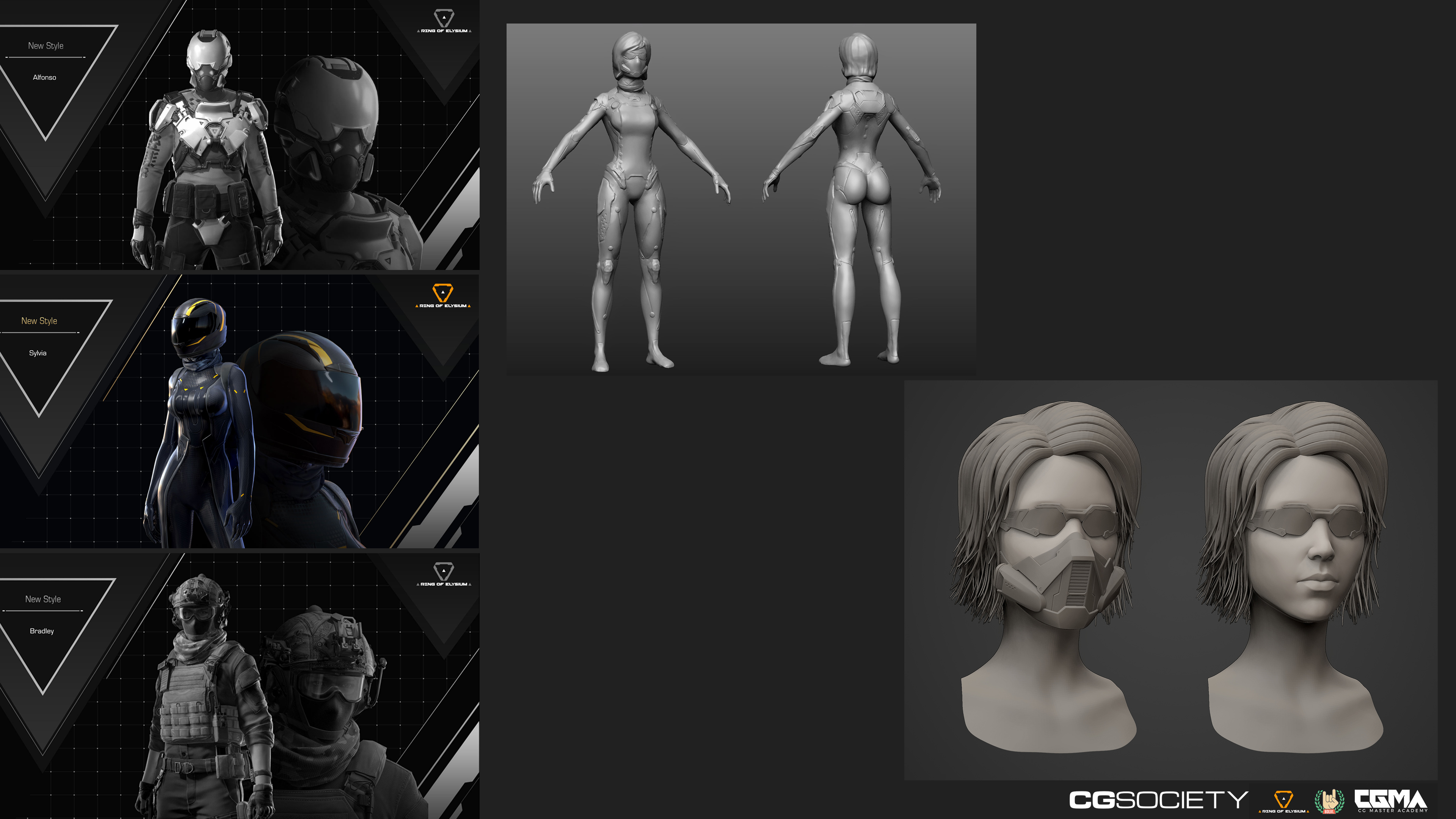 @MaratUsmanov Dylan Ekren has a free hair brush on his Gumroad. He has a youtube vid showing how to use it too. 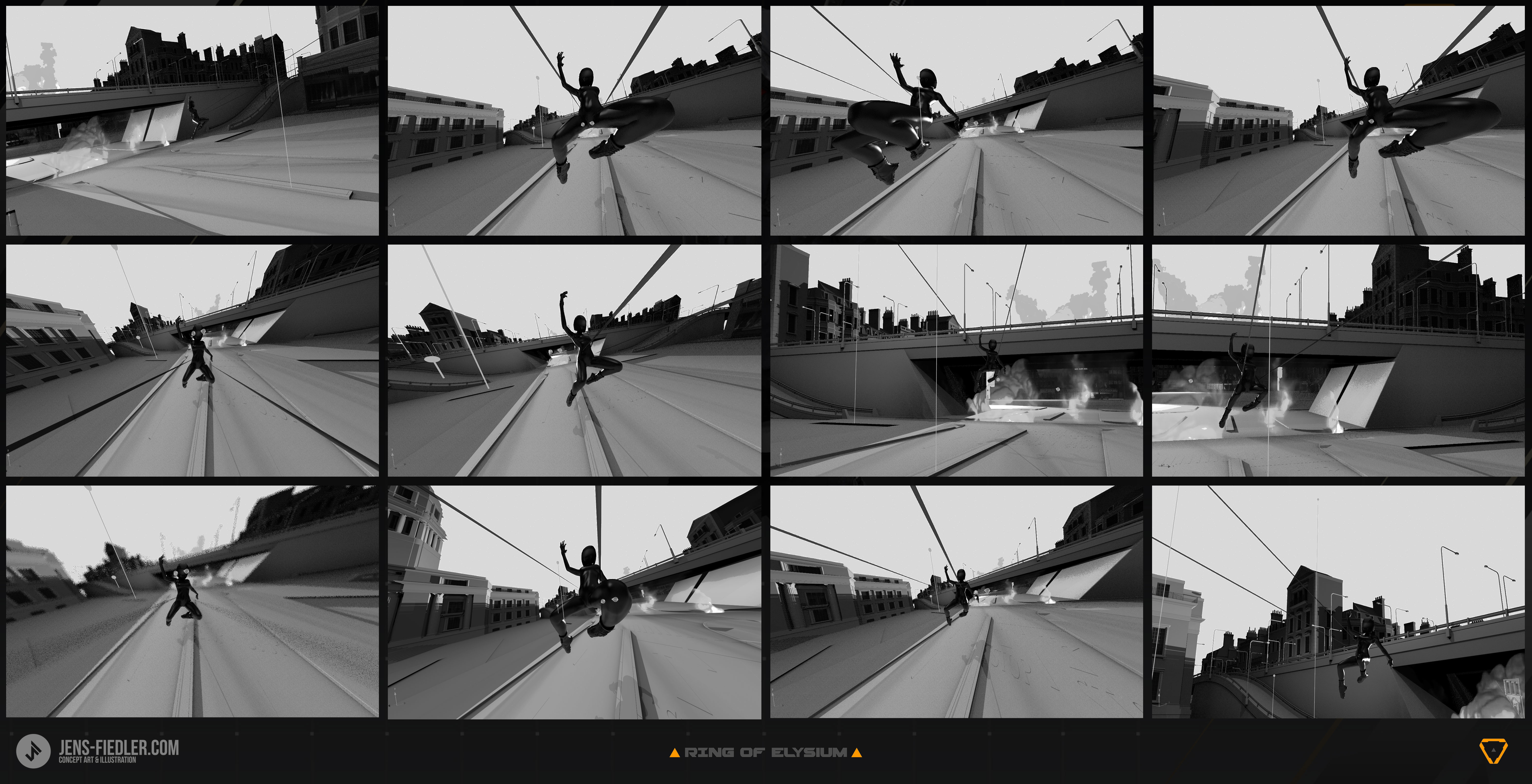 Hey guys, I started my exploration and will enter with an 2D keyframe. I build a base in 3D and tried some different angles to find the right composition for me 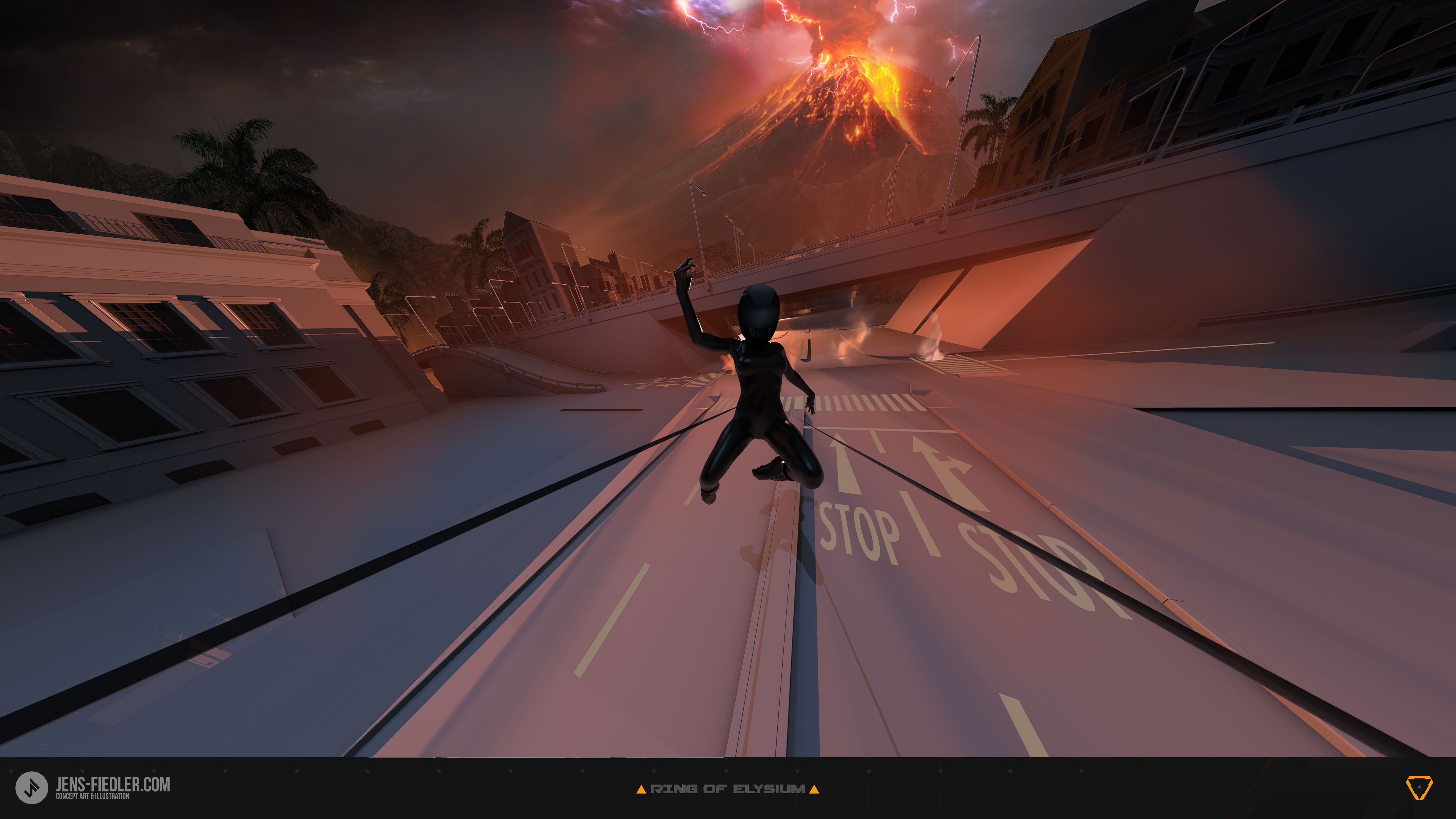 Worked on the background a bit

I really love the idea of the game, super fun setting, too! 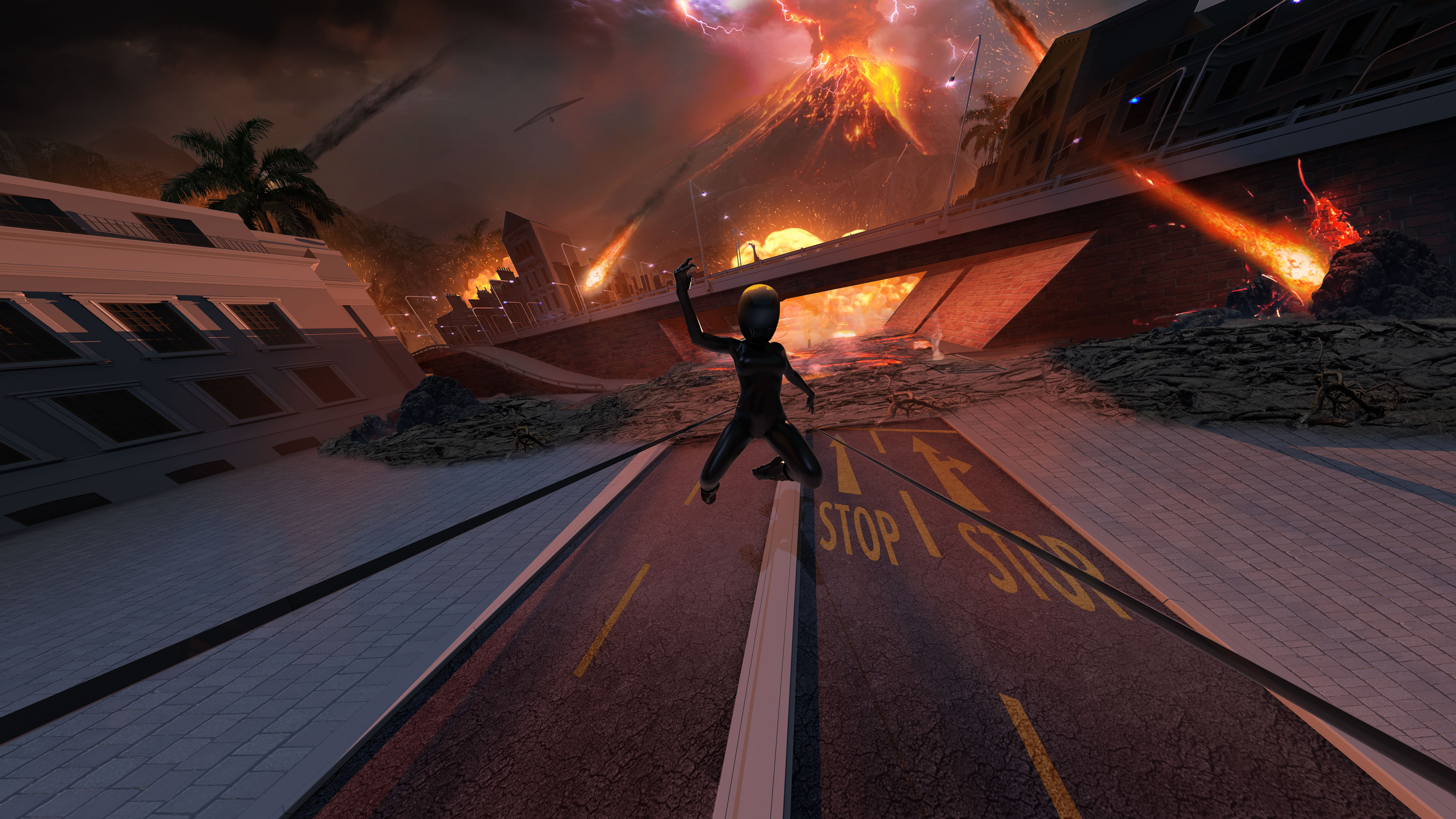 Well, I’m pretty fond to the idea of their clothes to be either made of a highly heat capacity based material or having a cooling system attached to it!!

I’m not sure if this is the right direction for a 2D submission, but I did a quick sketch of the idea that came into my head. 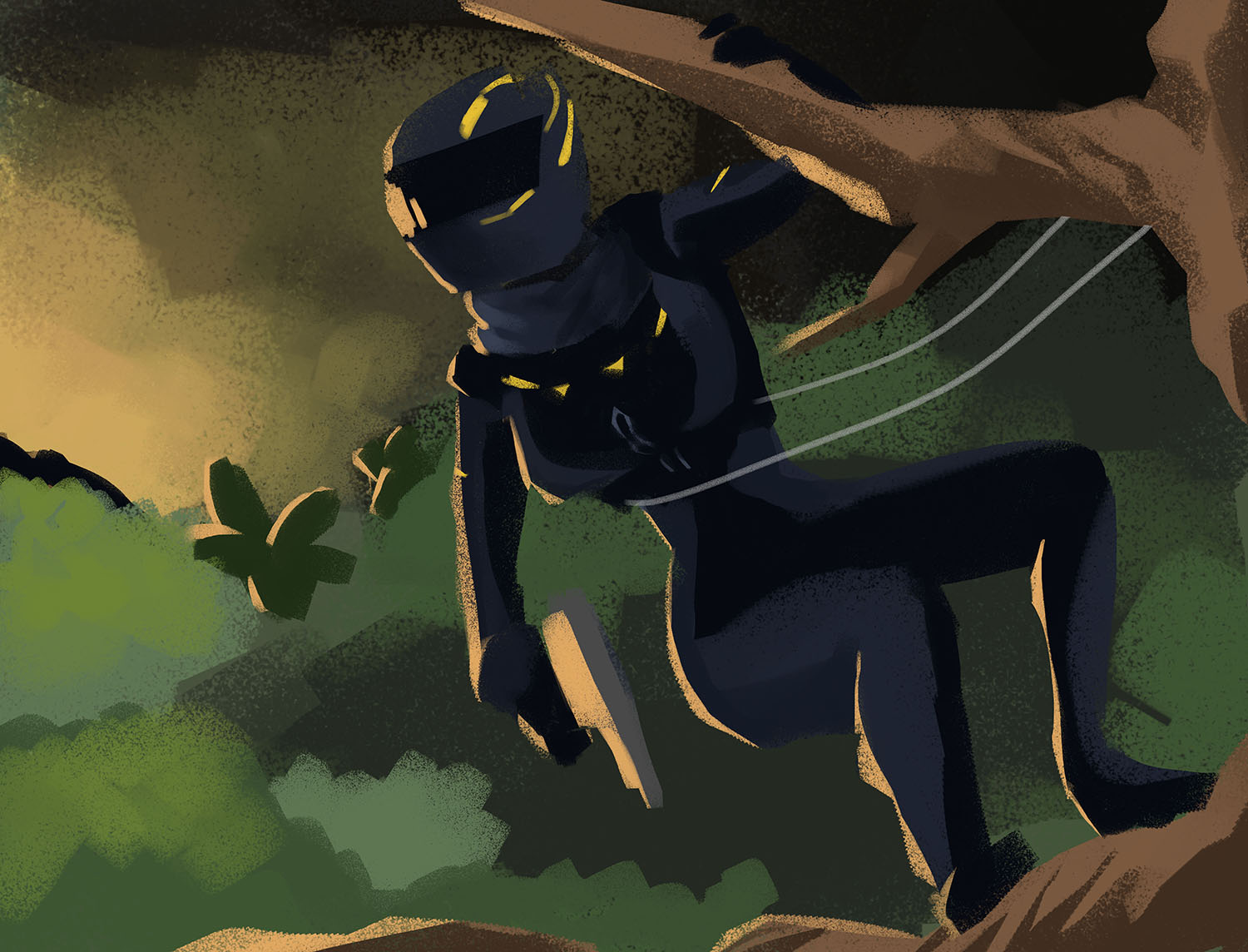 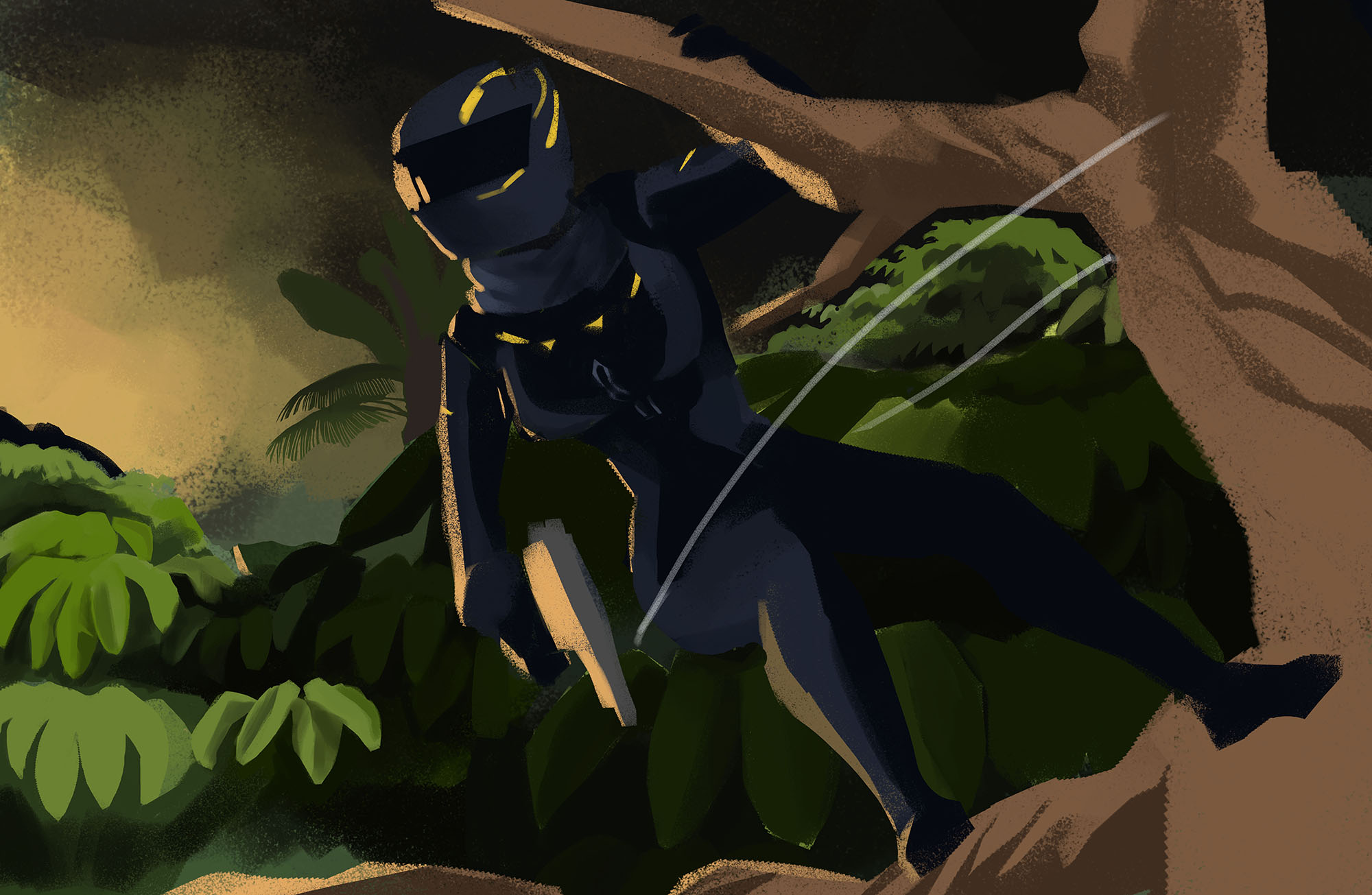 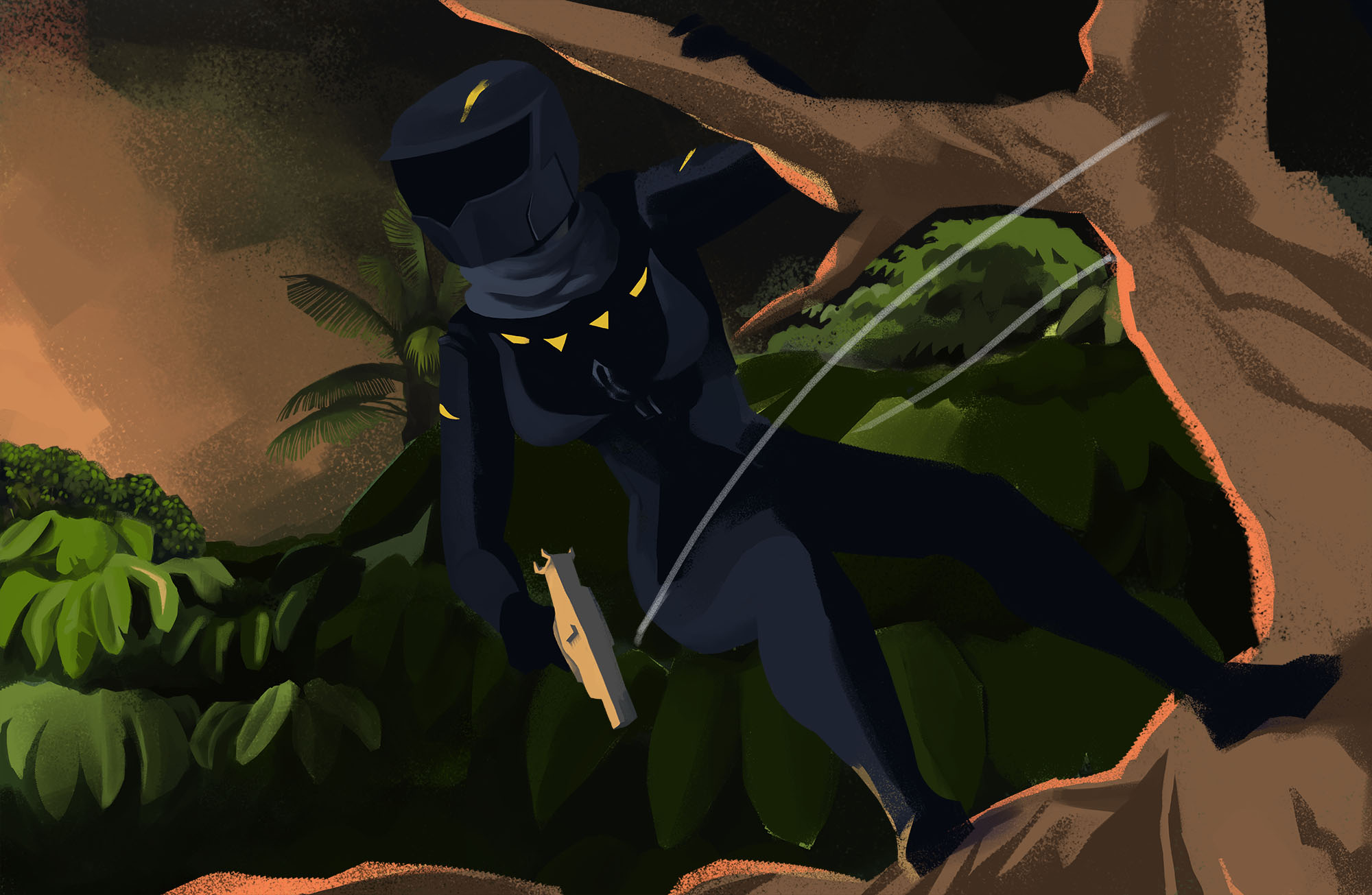 Updated fourth WIP: I don’t think I have much more work to do. I want to clean up the tree some more. 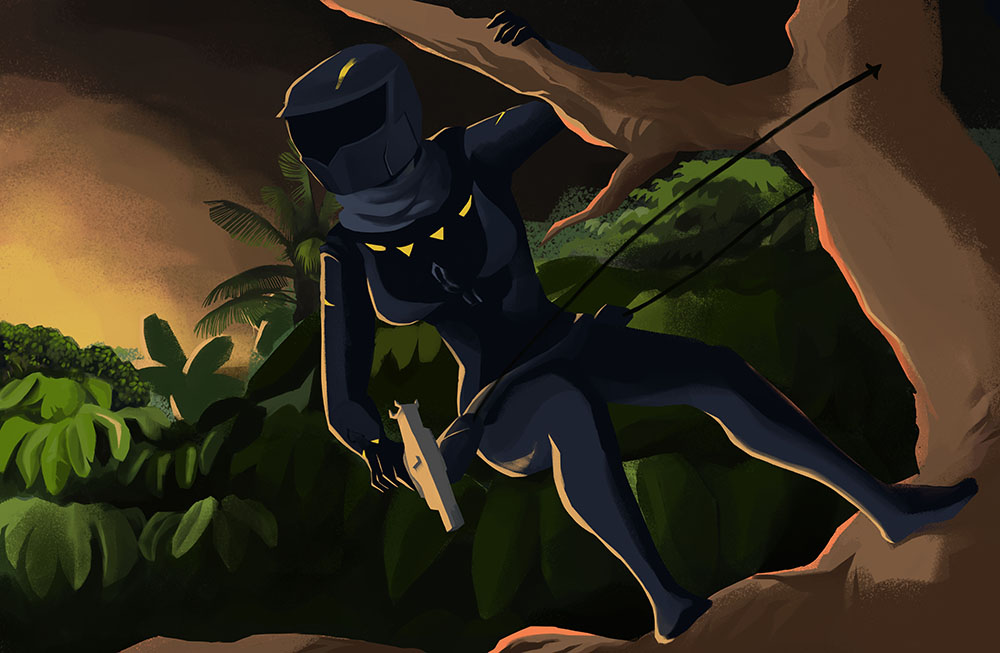 So I’m still in the research phase but thought I’d share my… thoughts…
I’ve decided to Redesign Bradley and give him some more Thermal Protected wear.

First thing I did was research into Bradley. He doesn’t really emit that much character at first glance and his backstory isn’t exactly coming through with his design. So hopefully I can push that more in mine.

Then I collected my reference of protective gear against heat and a little bit of Bomb suit stuff. 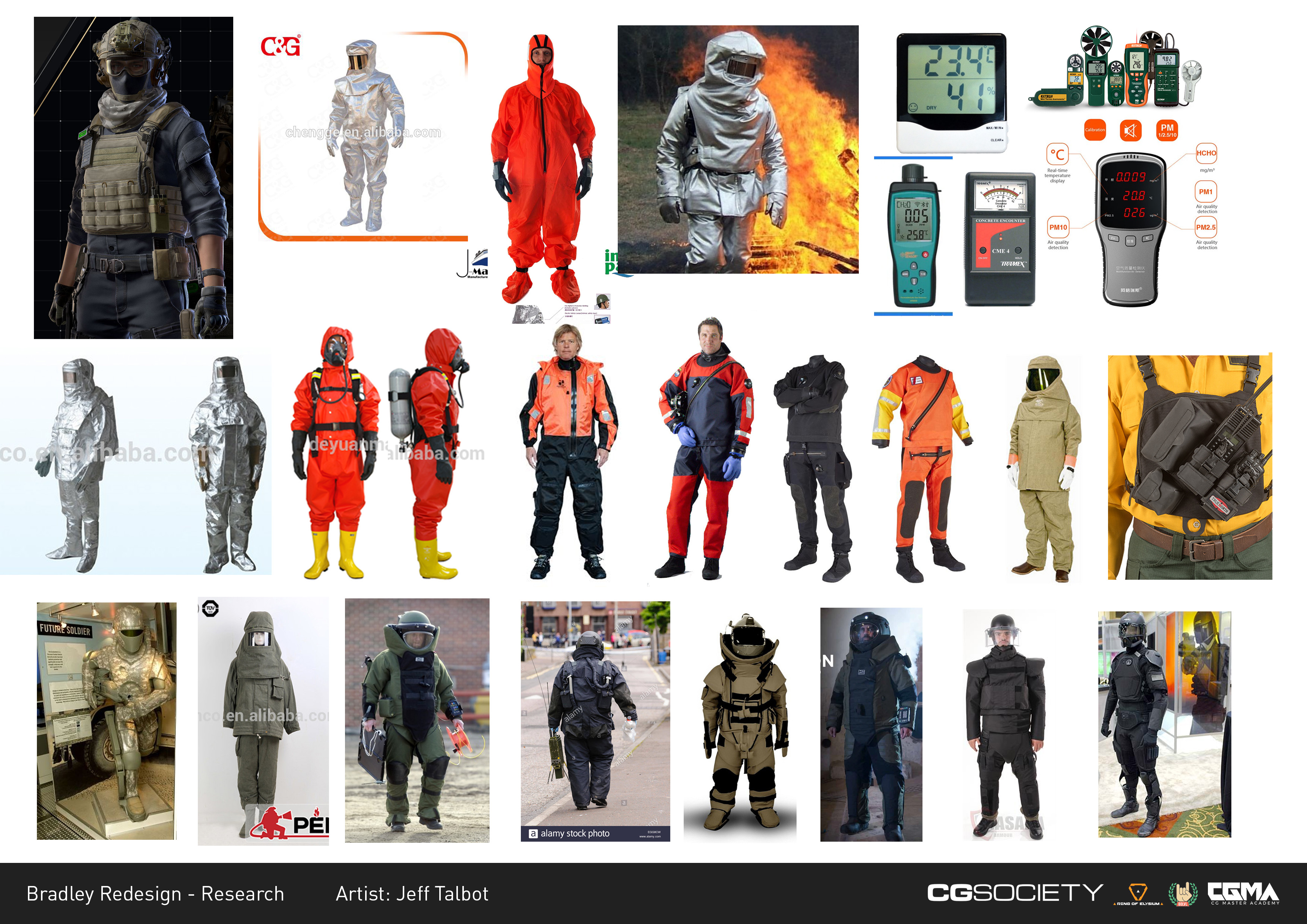 Next thing I wanted to do was to figure out what can and cannot be changed. While this is a comp and not a real assignment I wanted to design as though he’d really be put into the game. 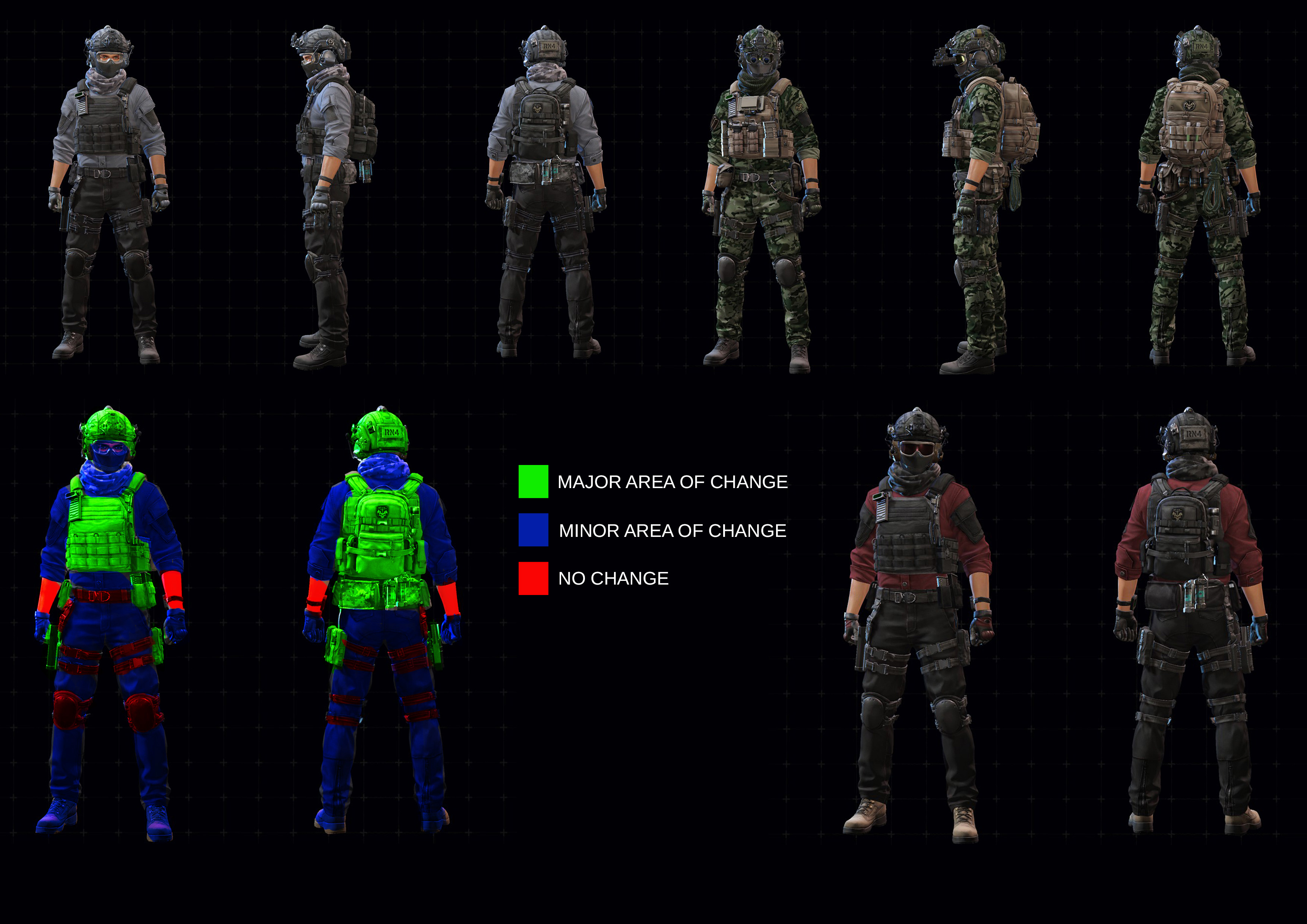 So that means I have a lot of leeway with his Helmet, Chest Belt/Leg Attachments as well as his backpack.
Items where I can only change the texture is his inner wear, shirt/pants/gloves and his scarf.
Also note that the glasses and mouth covering dont change and probably make up an important part of his read.

That’s all for now. The next step I am going to do is sketch out some poses and pick one that I feel works for Bradley, then time to draw some designs over the poses.

Update: This is my first pose and “design” that I discarded immediately. Wasn’t feeling the character nor did the research at this time. 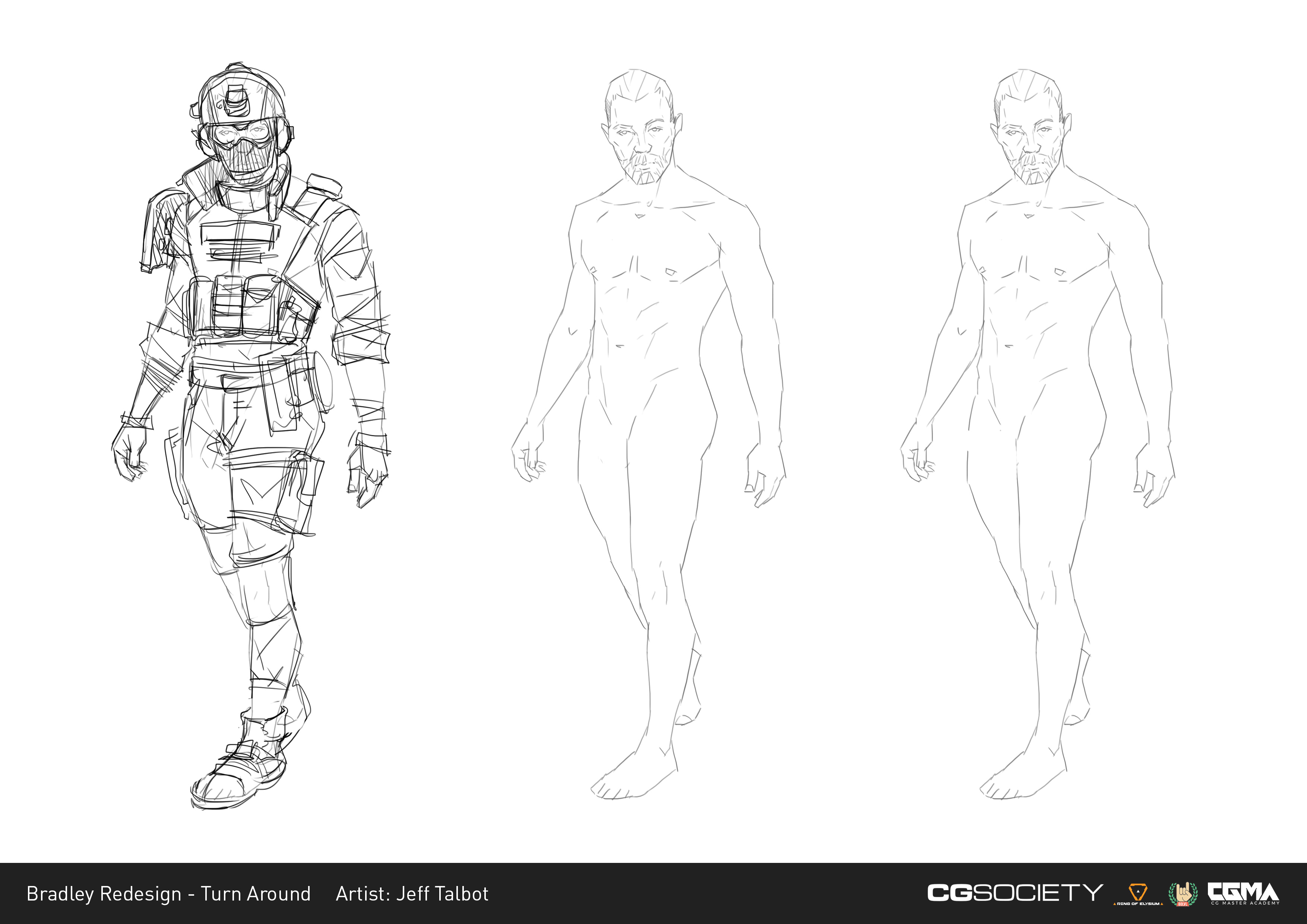 Update: Found a pose I liked and roughed in the base costume. Now the real designing begins! 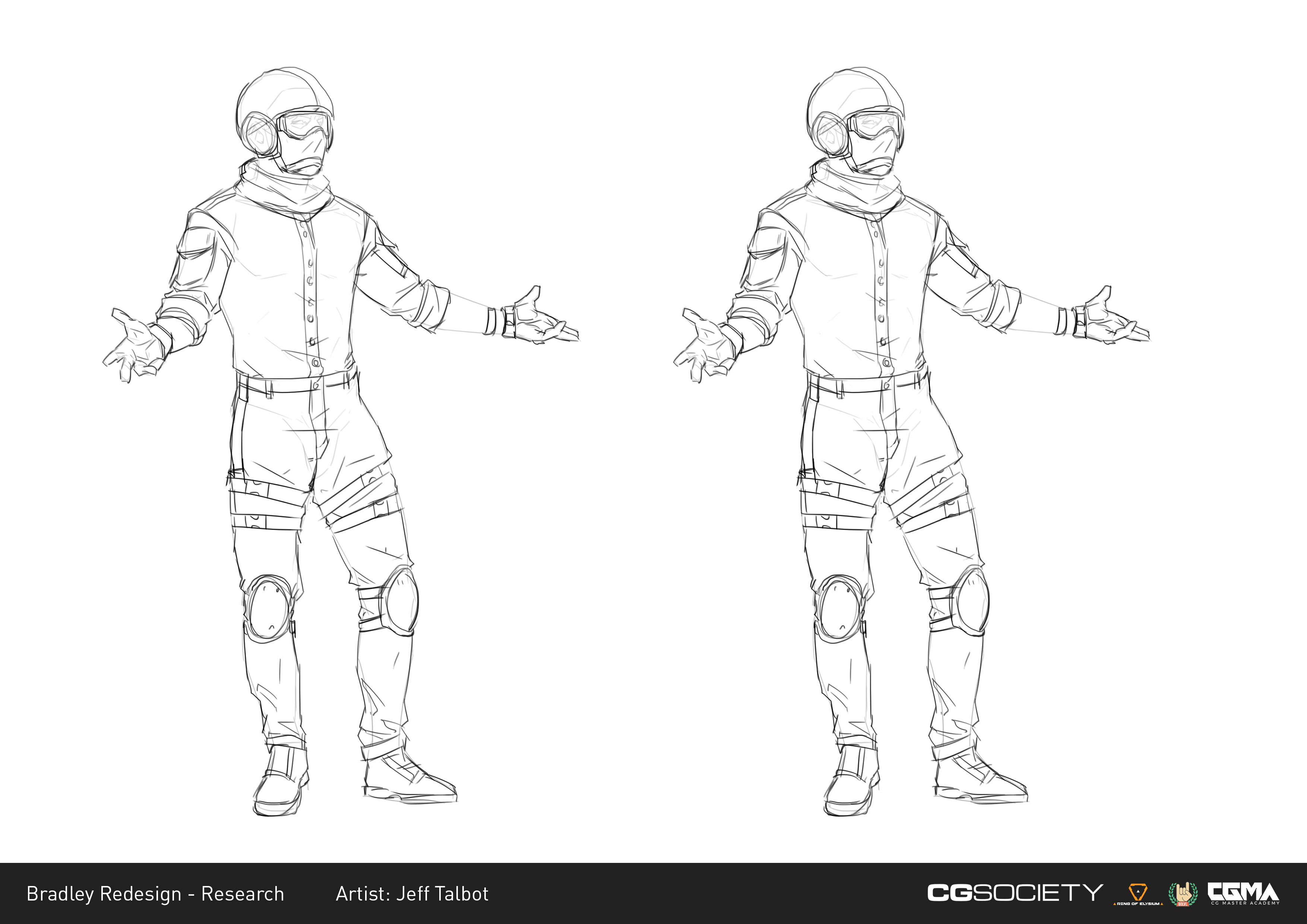 Thanks for reading. and good luck to everyone.