Why Maxon choose ProRender instead of Cycles?

I wonder if they choose Cycles instead there would not be all this troublesome and very slow development.
Plus maybe they would not have to fork a couple of millions to buy Redshift which would leave more to develop other C4D parts.

ProRender is a child of partnership with AMD. Money, free hardw. technology.

I remember works of Mohamed Sakr and he developed ovdb solution for Blender. He started Cycles4D(2014-15), only Insydium.ltd had interest in product.

I wonder how really they have had any AMD money, after all AMD itself makes the Prorender plugins for Max, Maya, Blender, Solidworks etc.

I wonder if they choose Cycles instead there would not be all this troublesome and very slow development.
Plus maybe they would not have to fork a couple of millions to buy Redshift which would leave more to develop other C4D parts.

Fear of the GPL.

Cycles is no longer supported for the OpenCL Mac so it’s a bit of a moot point now.*

Maxon would’ve been better off buying Corona when that was being touted round for sale instead of wasting development on the dreadful ProRender. A high performance CPU engine to replace Physical would’ve been a stroke of genius but…you know, Maxon.

*This is what happens when you insist on buying a lifestyle product and pretend it’s professional hardware. Apple doesn’t give a tinker’s toss about APIs and deprecating them without notice.

The reason CUDA became so well established in 3d GPU rendering was due to it being able to open up massive Kernels which early versions of OpenCL could not do. Many of these issues were solved in later versions of the OpenCL spec but there were numerous compiler bugs in Apple’s compiler that were long since fixed on Windows and Linux. AMD had to jump in and help fix these bugs for Apple, allegedly, legend has it. By this time Apple lost interest and CUDA was unassailable in the 3D rendering space.

I do not want to count coins.

At one side, Physical, honestly it based at Intel’s Embree and “portions” from another render engine.
ProRender was another side. I read everywhere - why maxonies are bothering with this render engine…
Next side - Redshift. There are nVidia and successful story around RS. I thought - simply Panos and company need to dive deeply to sdk and we got strange partnership.

after all AMD itself makes the Prorender plugins for Max, Maya, Blender, Solidworks etc.

Maxon and Foundry are in-building prorender…

It was the most cross-platform solution available, it was open-source, and AMD was doing the bulk of the work in terms of development.

Keep in mind that 50% of the userbase was said to be Mac users at some point, so a Nvidia/cuda centric solution was a big problem for Maxon.

Prorender’s roadmap looks actually pretty interesting, but it just wasn’t ready when it was released.

The upcoming “full spectrum” system sounds nice : without changing the engine, you can go from fully rasterized to hybrid to full pathtracing. ProRender 2.0 is also in the works and appears to be faster and much more memory efficient.

A demo in Blender: 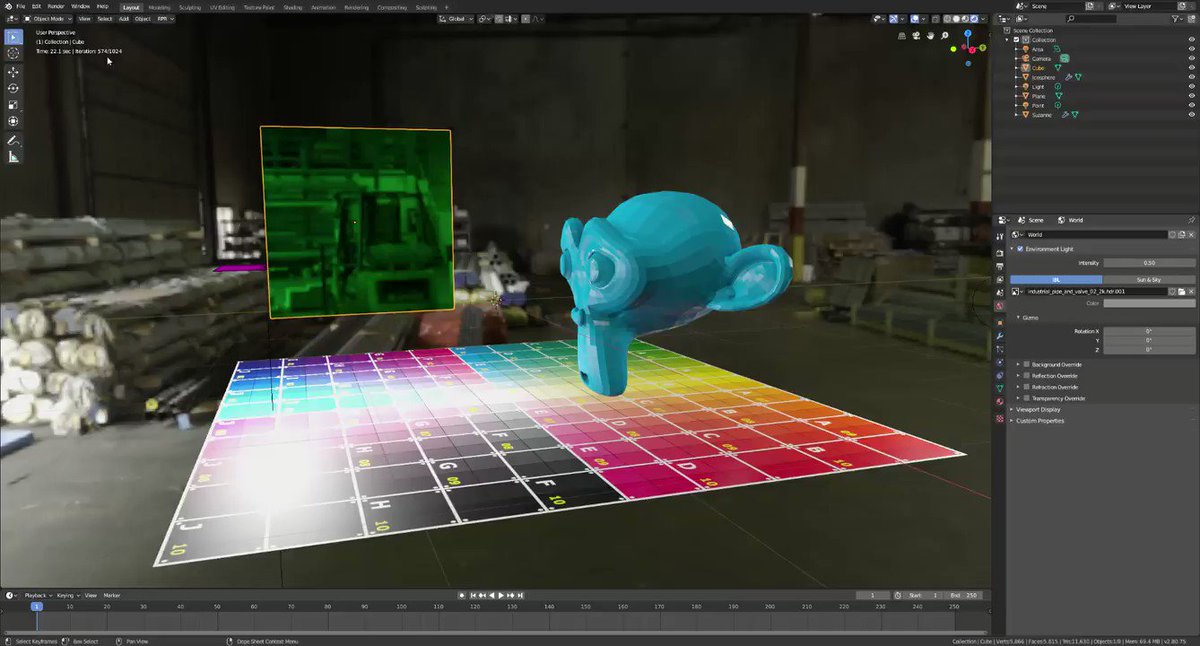 By the way, Cycles isn’t under gpl license, it’s under Apache 2.0 license.

Cycles is also OpenCL so was not bound to Nvidia/Windows AFAIK. Now with Metal things changes.

Cycles is also OpenCL so was not bound to Nvidia/Windows AFAIK. Now with Metal things changes.

Cycles is only OpenCL compatible on Win/Linux as MacOS only supports OpenCL 1.2. The Blender Foundation openly stated they can’t/won’t support Metal as they can’t get a developer which prompted Apple to take back the loaner Mac Pro which did the Mac builds. Talk about petty.

Before anyone barks about Blender the discussion is relevant to the Cycles 4D future on Mac if Apple hasn’t completely killed it off.

I know that the Blender devs intend to move to Vulkan in the medium to long term for cross platform support but this still leaves the situation up in the air for MacOS given there’s no official Vulkan support on MacOS only MoltenVK which is a layer that runs on top of Metal. I understand Valve were instrumental in helping to get this former 3rd party API made opensource but the last time I looked it was incomplete compared to native Vulkan support.

Apple forcing Metal on developers benefits no one and only the better resourced teams can manage with native cross platform development. I know a one man development team who is at his wits end trying to support his cross platform application who now has to support two graphics APIs for zero performance benefit. It just means his development time is wasted reinventing the wheel instead of adding new features but it has to be done because Apple will remove deprecated APIs in a future OS release.

P.S. If AMD can turn ProRender round and make it a credible alternative I’d be the first to rip out my nVidia GPUs and buy new AMD ones and apologise to Maxon and say you were right I was wrong. The industry needs AMD to come good because the nVidia dominance is absolutely no good for the end user. The 2080TIs were 2x the cost of my 1080TIs for about 30% performance enhancement, this is bad for us all no matter which renderer we use.

Thank you @EricM for bringing ProRender 2.0 to my attention the Vulkan developments are great to see. Here’s the official slides for AMD’s Siggraph presentation. https://community.amd.com/docs/DOC-2262

It looks like ProRender will be extremely interesting for its Vulkan based Low, Look Dev and Hybrid rendering modes. Vulkan seems to be the new kid on the block, the Blender devs as I’ve said are looking at it and the Redshift devs have said they’re looking at using Redshift RT.

If Brian Savery is correct and these Vulkan based modes are indeed Eevee+++ then they could have a sure fire hit on their hands because after using Eevee I can barely summon the enthusiasm to fire up Redshift.

I look forward to doing some side by side testing of ProRender 2.0 and Eevee in the coming months.