Little heads up to y’all. This isn’t exactly news, but a confirmation of some worst fears. Now that Adobe has taken over Allegorithmic’s product line, Substance is no longer offered as a perpetual license. Your current perpetual license will remain valid and can be extended into next year, but it’ll be a pay to play situation from here on out. Effective immediately the only way for new users to get Substance is via subscription.

More over, it would seem that you can no longer get Painter or Designer alone. You’ll now have to subscribe to Substance Suite, which will set you back by $219/yr. So, if you were just using Painter alone and had grown accustomed to that $75/yr maintenance cost… Sorry. Y’outta luck. Your annual cost just about tripled even if you have no intention of using the other suite apps. As if we don’t already have enough subscriptions.

And the cherry on top of this delightful sunday? Substance won’t be part of the Creative Cloud suite.

Substance by Adobe | The complete suite with everything artists need to create 3D digital materials.

Substance won’t be part of the Creative Cloud suite.

For now - I have to think it will be added at some point. And while that may be good for some (who already use CC), it’s not so good for others who don’t care to be a part of that system.

No one can say they didn’t see this coming… for me it will be my last year of upgrade.

Rock, meet Hard Place. If only it where that easy, hentsteph. Adobe sort of has user where they want them. Substance, because of its quality and feature set, has become an industry standard. That makes it hard to replace. Even if it weren’t as good as it is, a Sustance subscription is still nearly 1/3 that of a Mari subscription. That makes it more appealing. You could always go and texture in apps such as 3D-Coat, Blender, ArmorPaint, or Photoshop, but you give up a lot in the process. If you’re currently dependent on Substance, I hardly think that walking away will be much of an option.

I agree. I think that everybody saw this move coming. However, that’s not to say that it still doesn’t sting. Studios won’t care. Even at $1k/yr per workstation, it’s a justifiable expense. For indies an hobbyists, the change in model and pricing structure is pretty much a kick in the balls though. The extra money that they’re charging is basically going to offset the loss of users who will now seek alternatives and workarounds. Personally, I don’t like this growing trend of shortchanging that meaty group between students and studio users. To a certain extent, it seems as if the industry is trying to go back to the way it was 20-something year ago, alienating the individuals in favor of the big shops. That can’t be good for online communities and user groups. We’ll see though.

Again, I’ve go another year to decide what I’m going to do on my end. My Substance maintenance is still active. In the meantime, I’m going to explore my options and the alternatives. I’m on the verge of going all open source for my entire pipeline. I’m that frustrated with big business. I’m tired of being bled dry. Being a CG artist is getting more and more expensive every year. 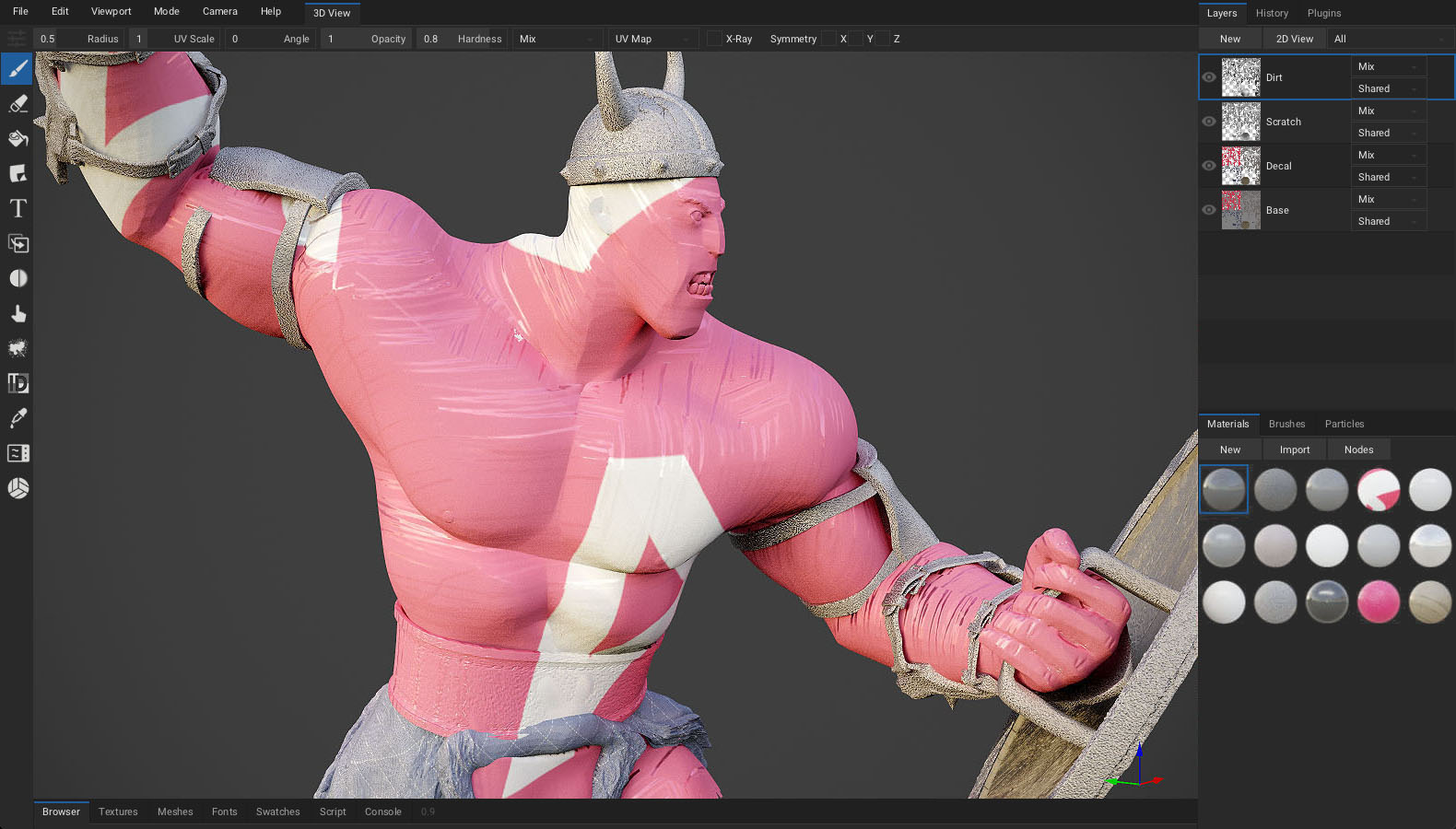 ArmorPaint is a software designed for physically-based texture painting.

ArmorPaint is a good little app and, despite being able to compile the code myself, I bought a copy on Gumroad to support the efforts of the developers. I have no idea whether or not it’ll become a viable alternative, but we’ll find out. Same with Material Makter. Personally, I’d like to see more effort put into Blender’s native texturing tools. They’re certainly competent enough atm, but still need a few 3rd party plugins to push the PBR texturing and baking sides to the next level.

real studios need to have their computers offline for security reasons. I wonder how a subscription only software will solve this issue.

It all depends on how often the app needs to phone home to verify the license. Some do it just the once. Others do it at measured intervals such as 30 days, 3 months, or so on. Some are obnoxious af and phone home every time you boot the app up. Adobe’s practice for CC, according to their site, is as follows:

How this translates to Substance is anybody’s guess since, I suspect, most of us here are not on subscription (yet).