Hi guys,
I’m a C4D newbie and I need your help.
I have a simple Solidworks part (a pipe) imported in C4D. What I’m trying to do is to animate as half of the pipe increases it’s diameter (like a soft rubber hose that expands when pressurized) while the other half remains the same with a small transition area between the two halves that gradually expands from the original diameter to the expanded one. Attached are two screenshots from Solidworks what my before & after expectations are: 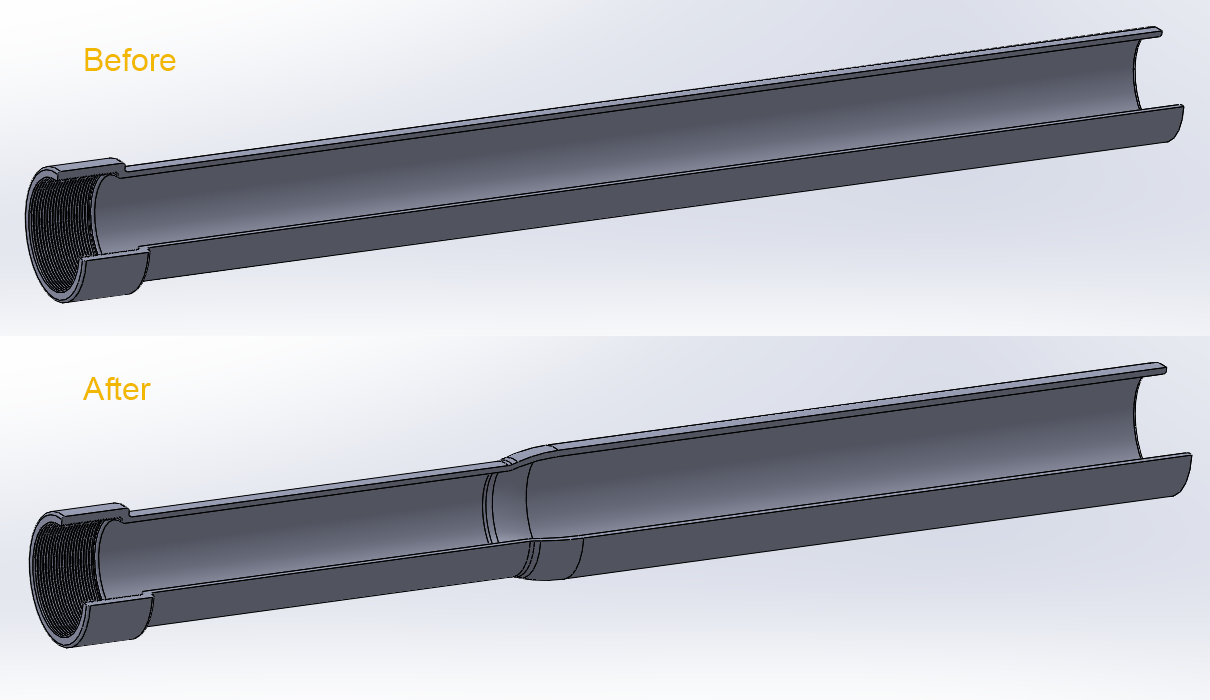 I would really appreciate any guidelines how to handle this task. Any other comments are more than welcome.

Cut the loops seen in the “After” image into the model at the appropriate place. Use a point level animation (PLA) track to “morph” to the second state.
You can also use PoseMorph if you need the two states more than once.
You can also probably use a deformer limited to the right half of the object, but I don’t have C4D open atm so I cannot say for sure.

Hi Cairyn,
Thank you for the instructions. Following them I managed to get the result I was looking for. See below screenshots from my test model. 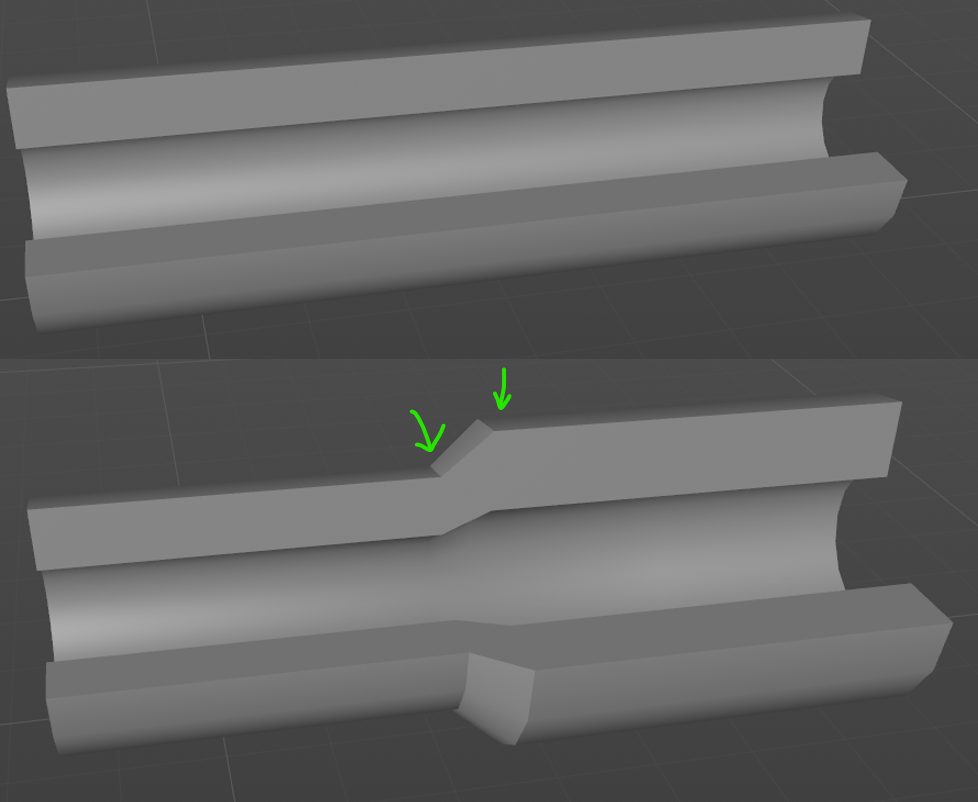 b&amp;a.png978x802 255 KB
I have another question how to add fillets to the two edges marked with green. I tried using Bevel but didn’t get the desired result. Probably due to the fact that the part is morphing and the two edges are colinear at the beginning of the morphing. Any suggestions?
Thank you!
Cairyn 2021-09-18 21:51:00 UTC #4

I just used a Bevel Deformer on a Cube with a PLA, and it works fine. Since the PLA is on the cube only, you can even change the appearance of the bevel by changing the deformer’s parameters - after setting the PLA

You will want to select the edges to bevel and make a selection, which you use to constrain the Bevel Deformer. Then the edges and the cutaway will not be affected.

I didn’t try with a manual bevel, but if you do that, remember that you need to include the bevel into the PLA then, since the additional points are part of the model. I recommend the Deformer instead.

Is your pipe simply a “…a soft rubber hose that expands when pressurized.” ? In other words is the solidworks model just a crude approximation?

If so, I’d approach this in a very different way - just use a sweep and animate the Sweep details scale parameter.

You need to re-model this pipe in a very different way to a NURBS based model from something like SW.

Thank you guys :).
I tried both approaches and they worked fine. In the end I used the sweep one as I find it easier to adjust the spline points than morphing the body until I get the desired shape.
Once again thank you.