Hey guys, as your new mod, and in an effort to get more image posting going on in this forum, I thought I’d ask everyone to share some of their lighting work.

Even if you don’t think you’re very good, you may get useful critique from others.

Okay, okay . . . I did this way back in '99, and it’s been around the net more times than that “badgerbadgerbadger” thing, but I’m still kind of proud of the lighting in it, as it represents the first time I’d really figured out how to fake radiosity. Compositionally, it leaves a lot to be desired. It was lit with six or eight raytraced lights in Animation:Master.

This is actually an incremental, unfinished version of “Alkali”, but I like the lighting in this one more than the final piece. Leaving your foreground in darkness can lend a ton of intrigue to a scene. Try it sometime . . . don’t be afraid to let interesting shapes fall into silhouette. Raytraced with no GI in A:M.

This set from X-Power is something I’m proud of because of how efficient it is. Because there’s no radiosity or GI, and only the sun lights cast shadows, it rendered in under two minutes a frame in Lightwave. I wish I’d spent a little more time and grounded the desk with negative lights, but otherwise, I’m pretty happy with it. Whaddaya want in two minutes a frame?

I’ve always liked your work. I hope nowdays we could all avoid beginners’ mistakes like having two different suns that criss-cross eachother.

I’ll follow your example and show some earlier work for people to criticize.

I did these in 1993 and 1994, using the Softimage 3D renderer. They were some of the first scenes where I was focusing on all the “basics” like getting texture mapping, dirt, simulated radiosity, etc. to work - er, mostly work… some of those shadows are living in a world of weirdness, but these scenes were important “coming of age” works for me that I still like to look back on, warts and all.

Hey Jeremy, great to see you here. As old as it is, I think your subway thesis work has aged well. It’s remarkable how much technique has developed in the past ten years in regards to things like skin shading.

The criss-crossing shadows in the office set were actually an attempt to mimic an effect I’d noticed when thin clouds passed in front of the sun while I was working one day. The clouds diffused the sun light just enough to cause incongruous things to happen in the shadows, but left the directionality and luminance mostly intact. I probably could’ve done a better job with some raytraced area shadows, but the render budget wouldn’t have allowed for that kind of penalty.

hello all, it does not seem to me that this is application specific so i shall post my lighting tests. i use wings to model and i render with yafray. this is my first attempt to recreate a realistic bottle with yafray lighting. i am very new to the whole rendering/lighting subject and could use any advice or crits that i can get. especially yafray users for obvious reasons:)

OK, in the spirit of “Here’s something I put together in winter 1874 but am still quite pleased with” these are my two offerings:

This was my first dabble with HDRI and monte carlo irradiance in the now defunct Blue Moon Rendering Tools. As I remember I had to do a lot of coding and general chicanary to get it to work and it took forever to render the animation. I still like the atmosphere of the piece and the grade (more so than the actual render I think) but it’s still on my reel so it must have something that appeals to me

This was a lighting test for a CG movie I worked on a while ago (that is still in production hell from what I hear). The company I worked for was supplied with the geometry but no textures or shaders and we had to quickly mock up some lighting setups to set a mood. So I think this has about 3 hastily written shaders and is completely lit with traditional CG lighting (this is pre-PRMan 11 so none of that thar fancy shmancy ray-tracing nonsense oh no). I still like this a lot. I’ve always had a fondness for black and white photography (there’s some on my site for anyone who’s interested) and I have planned to do a CG project in black and white for ages now but just haven’t quite got round to it yet…

Well that’s the skeletons out of my closet.

I didn’t specifically light these shots, but I made and textured the environment, composited, and in general was just one of the three minds behind this project. I really like the way these shots turned out, I think it gives the feel of a creepy, broken-down church pretty well. This was done before any of us really understood 3d or lighting at all, as we all came into it knowing pretty much nothing. But man, was it a learning experience… (112 shots in 16 minutes). It’s 16:9 DV footage, so it should look a little squished.
Hopefully will have better stuff to post here as time goes on…

Hi Brian, I remember this pictures very well, especialy the first one when it was a wip, you posted it in 3drender discussion board when it was open ! That day I was just watching, but I decided get my hands dirty.
I like lighting but I had to start modeling some stuff to build interesting scene and light it. So here is a scene I’ve spent several days to get it lit:

And I tryed simulated radiosity in this one:

I know shame on me to put this pictures next such a great pieces here but the Moderator asked us to post no matter if it’s good or not :rolleyes:

ok, ok here i go too.some of my experiments :

and now for the shocker, here is the wireframe

you DONT see the missing shadow under the fallen chair

Try these on for size…lol

well i dont want to burst your bubble or anything ChopinLives81, because those are some nice renders.

but they arent “realistic” as such - they are nice and effective examples of HDRI, caustics and GI - but they look like simple experiments to me, not in-depth lighting exercises as such. im not sure how you made these images, but im my opinion GI should always be used with traditional lighting rigs - GI is a compliment to lighting solutions, not a replacement, i think.

ps. Jeremy Birn - i just bought your book Digital Lighting and Rendering - and I must say it’s just fantastic. I expected to dip into the book every few days, but I ended up reading it cover to cover in about 2 hours. I learnt masses in that time too, and my work, I hope, has improved dramatically as a direct result of your book. A big thank you!

You all have shown some very interesting work so far.

That picture seems to resonate with a lot of people . . . I suppose it’s because there’s more mood than there is content . . . leaves a lot of room for subjective interpretation.

I’m glad you liked it.

these are the ones I am most proud of lightwise: 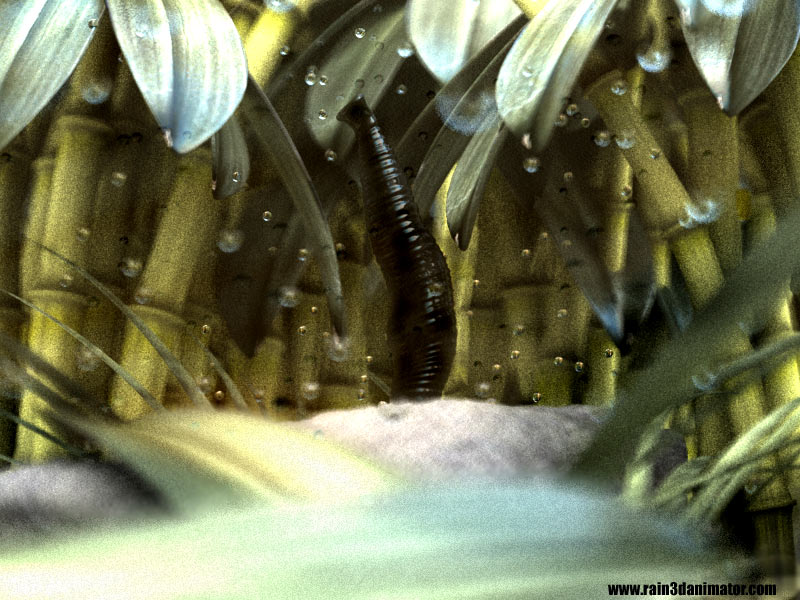 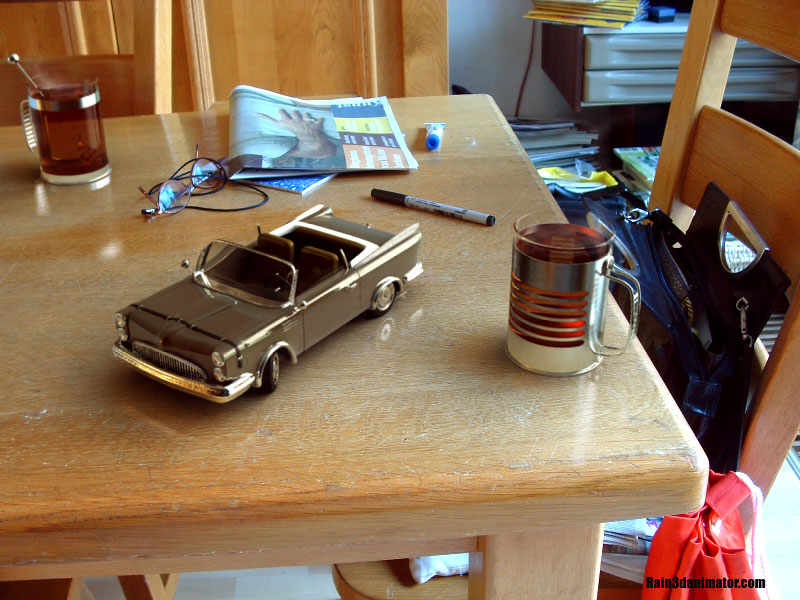 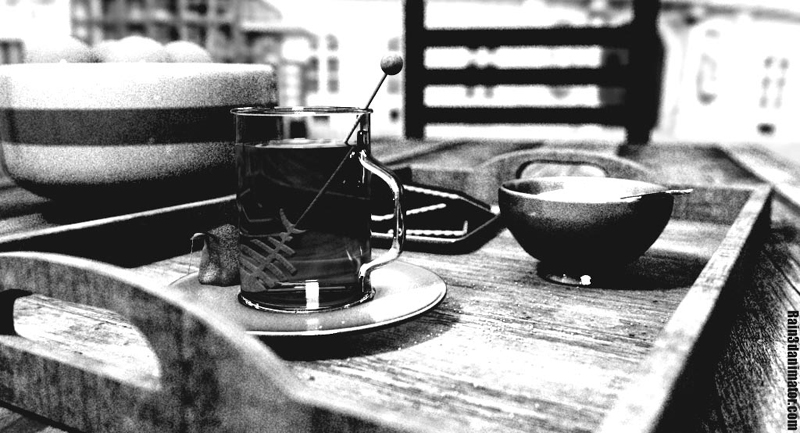 the last may be a bit odd… but what the hey 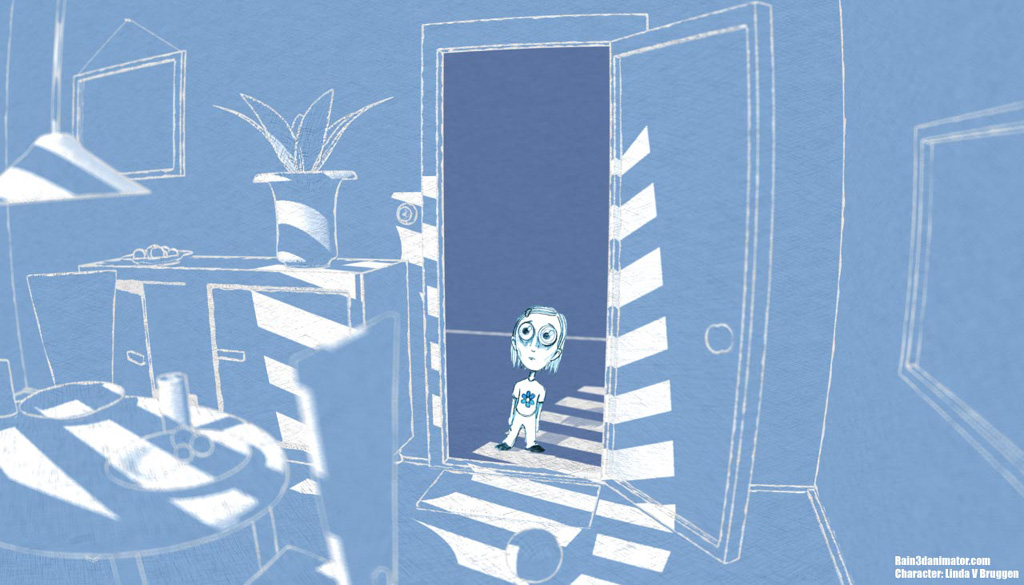 Not quite up to snuff w/ some of the work shown here, but I thought I’d chime in anyway - these are a few pieces I’ve ended up being pretty happy with:

an older one, but it gets the feeling across that I wanted. (done in Animation:Master)

That’s it for now, wish I had more, better examples to share.

the second image is great, allthough maybe abit to dark on the left… but very nice none the less. love the chips of wood from the pencil.

Khepri : Thanks! I was just looking at your tea_fishy_final.jpg, I think that’s my favorite of yours, I love the gritty high contrast look of it.

It’s Brian Prince’s stuff that I’ve watched for several years now. Definately an inspiration to anyone who enjoys lighting. Also, solid proof that good texturing and lighting transcends the barrier of “expensive applications.” Your work in A:M was just fantastic.

I look forward to seeing more stuff on this thread…

Well you are correct Mothermachine, those pics i posted are tests. They’re actually my first tests with HDR rendering. I put them up because the subject was “favorite lighting piece” so i felt they were good examples of illumination.

However, to comply with you’re reply here are some GI renders i did a while back, hope you like them:

Chopin - i like Across to Nowhere a lot. nice texturing. i’ve done some experimens with HDRI too but they didnt work out too well. have you seen Paul Debevek’s work? HDRI guru. check him out. keep up the good work.

Yes i have seen Debevec’s work…thats what inspired me to experiment with natural light rendering, but i’m actually not sure if i’m doing it correctly…i’m getting good results as you can see, but i don’t know if its the right way of setting of a scene the way i do it.

And thanx for the review

cool ill check it out 2morrow when im back from uni.