Yes but this is the super-extreme MAXON MPX module with custom, Apple-designed processors and caching, and programmed by MAXON to hyper-charge C4D to levels not before seen. Scenes with 10s of millions of polys render instantly allowing real-time playback up to 60 FPS.

You heard it here first.

Today a certain well-known c4d luminary posted something on twitter. The caption was simply: “Mograph thing” 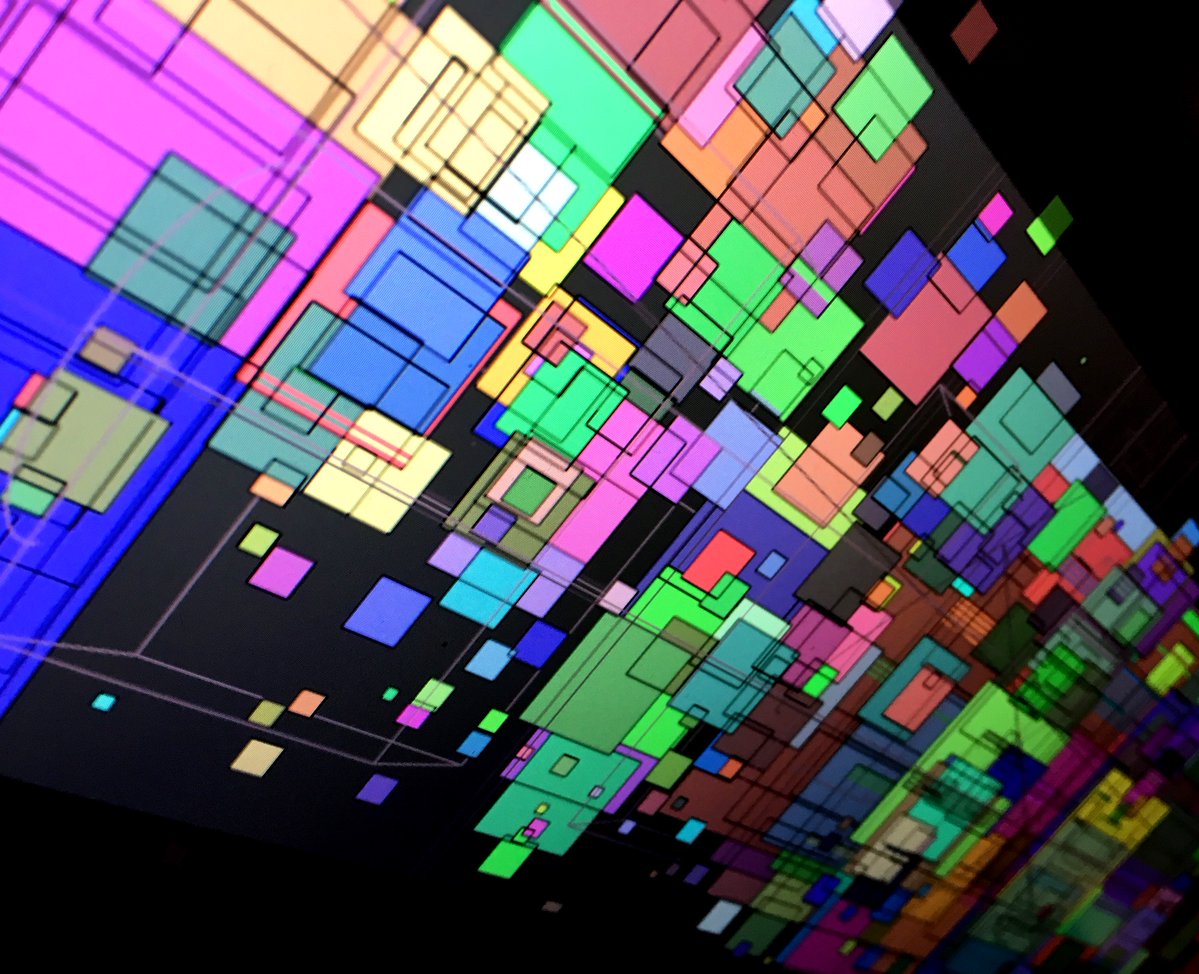 There is nothing much interesting with the graphic, and no need to post…if it wasn’t a little inside joke, or a tease. There is little question that this gentleman is a beta tester and I suspect this image was built w/ new features in R21. What are we seeing here exactly? I suspect the elements are SVG and predict we could see SVG graphics used in a new way in upcoming mograph features.

SVG is an interesting graphic format. It is vector based so it retains quality at any resolution. And even more interesting it is formula driven, so SVG shapes can be easily animated in a host of ways.

SVG stroke, fill, shadow, shape, etc could all be animated over time, and of course used in the type of ways we already appreciate with effectors and fields.

What’s also interesting is that SVG can easily play on the web, so I suspect it would be possible at some point to export a mograph-SVG creation directly to today’s web environments.

If Maxon isn’t poised to do this…they should consider it…especially if they could get path interchange between SVG and c4d’s already-great spline system. (Don’t think that would be hard as Illustrator is built on SVG) 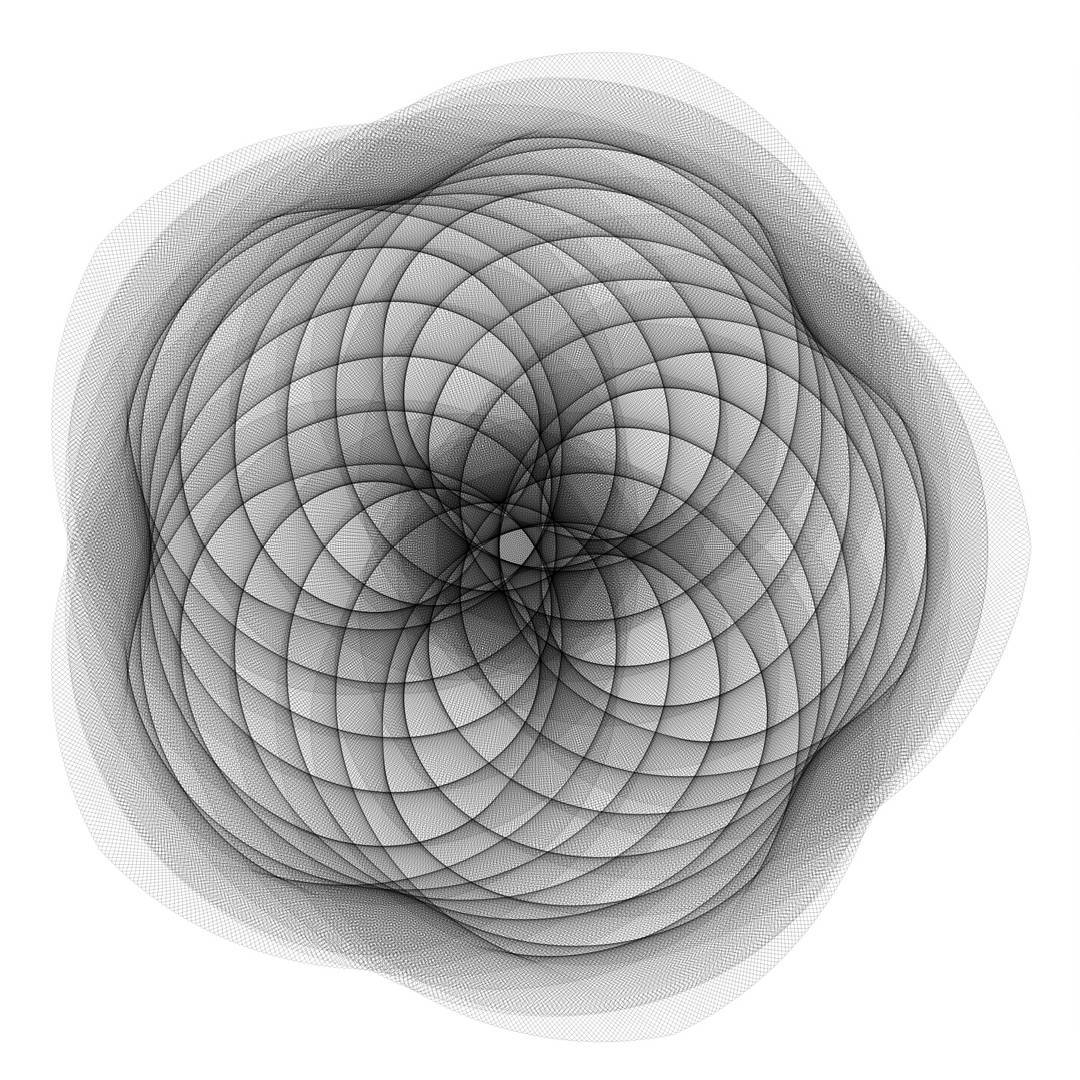 And SVG is often used in data visualization: 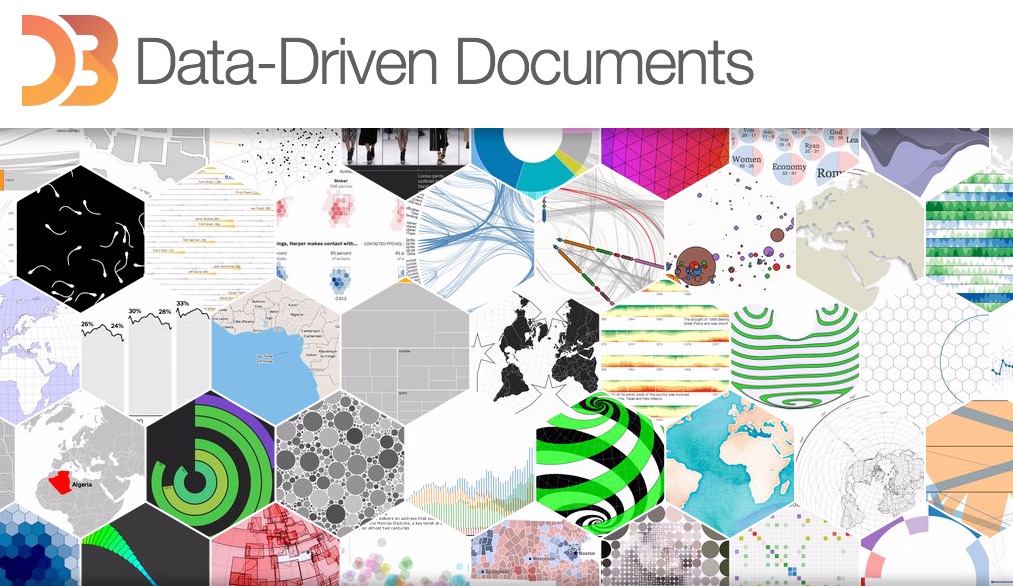 If my suspicion is correct…this will be a bigger deal than many might first think.

SVG is one of those weird technologies that got a bunch of hype early on (rightly so given how clunky web tech was at the time and still is to some degree) but never really got widely adopted. Not sure the degree to which current standards-based browsers support the SVG spec but at one time it was hope that it would (among other things) replace Flash animation on the web. Not sure where SVG fits in today but it’s obviously still around because you see it in various apps’ export options etc. Makes perfect sense for data animations and the like though, as you mentioned.

Wouldn’t be shocked to see C4D take a big move in this direction as it’s definitely a type of motion graphic workflow that has a lot of relevance, if not always 3D relevance. That being said this type of workflow seems more directly suited to After Effects, but certainly C4D can be used for 2D animations as well.

SVG is pretty common on the web these days. And it’s by far the best format for non-photographs. (Though it can itself feature embedded photos).

It’s very lightweight. It’s flexible. The code is easy for non-programmers to tweak. It can be manipulated at run-time. Popular graphic programs like Illustrator, XD, and Sketch either use it directly or export it easily.

One reason I suspect the twitter post featured SVG is the stroke on all the cubes. That’s a hallmark of 2d graphics: strokes. But you don’t really see strokes much in the 3d world (except with Sketch and Toon)

SVG would also be interesting as a shader. Or with extruded shapes. And conversion/export of 3d shapes to SVG could open up a new world. SVG is used in the maker community with die cutting.

Maya uses SVG import, but it’s mainly limited to what we do with native Illustrator files: import as static path and extrude.

And it’s by far the best format for non-photographs.

Off track a little bit amazing to me we still have web sites filled with mix of JPG, GIF, PNG, SVG, even CSS can make simple graphics / symbology now I think. Instead of 10 years ago W3C and browser companies agree on one advanced raster format and one advanced vector format (presumably SVG), all video is HTML 5, and go.

I truly hope that they have more than SVG support up their sleeves. There are so many areas of the program in dire need of updates to match competition before even considering innovative features…
Reminds me of Zbrush 2019 and its new render filters: not bad but a UI/UX overhaul is a lot more urgent than side features.
Back to the topic: could Maxon introduce a brand new separate program? Their CEO hinted at this possibility when he took office.

Agreed. SVG might be lovely, but I have no idea what I’d do with it (probably nothing, to be honest). An entirely new app would be very interesting, but I’m still hoping for big changes in C4D itself and its ability to handle large datasets and present them onscreen.

I personally wouldn’t use SVG export much but I can see how others might if they’re doing a lot of data driven animation and stuff like that, and need to take a minimaiist “flat design” approach.

That said even if it might drive adoption of C4D from some other demographics, it would still be pretty far down the list of things that need to happen to the app from a long-standing request perspective. But it might be one of those deals where it was relatively easy for them to implement it so it if it’s in the mix it will probably be one of those “nice extras” type features.

One of the things certain is that will not support Windows 7 and Windows 8.

This past week I saw a little hint that suggests Maxon has got 4k resolution issues tidied up in R21.

On the Otoy (Octane) forum there already is a version of the rendering plugin that supports R21 and there was a user (obviously R21 beta tester) who posted screen grabs of Octane in C4D R21. He was conscientious to only show the Octane UI on the screen grab but he was posting about the Octane plugin’s “blurriness” on his 4k screen. I doubt he would have been griping, unless in comparison to a suddenly crisper 4k C4d R21 UI.

Yes, and if You look closer it seems like we will have a hamburger menu in place of a dots grid.
Buttons seems flatter, which is nice.
If you ask me, it looks like Maxon changed UI engine to a new one found in material nodes editor.

I feel that R21 will be a nice release.

Realistically I would hope that maxon propagates the new Node-Editor throughout the whole of C4D. Xpresso, I am looking at you!
It is so outdated by today’s standards when it comes to node-based workflows and how they work and feel. And I hope they open the SDK to external developers so we don’t have to use the Xpresso-Editor in Redshift/Arnold.

If I remember the interviews from Maxon correctly, they hinted at something else that they had to move back, because of some programmers health issues and other problems so they had to modify the node-editor, to make the r20 release.

I would wish that they would give some more love to Xpresso and make it faster and more flexible.

And if we are talking about Nodes… please do something about Thinking Particles… Buy Insydium or make something on your own but it’s 2019 and we have the shittiest particle system of all major 3d packages that wasn’t touched in ages… It is kind of embarassing when all the particles stuff ever shown is made with X-Particles and it is a 600€ plug-in you have to buy additionally to the 3,6k you paid for the studio bundle… Studio for me kind of implies that it would offer everything necessary to work in a studio production environment.

VDBs: I hope they build upon the volumes to finally give us fluids at some point. The Volume-Builder is nice and all but it’s just scratching on the possibilities of VDBs and what they were truly made for.

Clean-Up the renderer mess: Standard, Physical, pro Render, (Redshift)
I can’t imagine it’s easy to mantain shader compatibility between all this renderers and it’s beginning to getting annoying if some stuff just doesn’t work with some renderer. Sketch and Toon was nice at some point but is also in dire need of an upgrade.

Node-Editor: Bring it to full feature parity with the old material system, because it still lacks some stuff. make the Editor and the materials compatible with everything. What’s the point of it, if it doesn’t work with all the renderers you provide… Why would someone invest time into learning it, if it isn’t universally applicable like the old materials?

They did a great job with the node-editor but I feel like that they are late to the party and many people moved to other render-engines and have no use for it… I have no data to back it up but that’s my feeling, because there are hardly questions and also not many tutorials around the node-editor even though it’s quite capable and complex.

i just wish they wouldn’t keep some parts of C4D collecting dust for over a decade… Hey Pyrocluster, how is it going?!

Just excited to see what they will come up with. maybe they will surpise us with an other great addition like fields, which wasn’t expected at all but is really powerful.

Material nodes editor seems like it’s jus a first step in something bigger.
First iteration is very limited in the way it “talks” to the rest of C4D.
It’s not working in displacer deformer, with prorender it refreshes realtime preview constantly.
But I’m very impressed with a speed it renders procedural stuff in 4K material preview.

We desperately need a modern expression node workflow in cinema 4d.
X-Particles has some grate technology at it’s core, but workflow with this questions / actions stuff buried under tons of menus gives me a headache in more complex scenes.
Every other company realized that the evolution of complex workflows has only one human readable form, nodes, and there is no way around it. When a system becomes to complex, layer style approach is unreadable.
There is a reason for Mind Maps to have this form.

@tyrus86: totally agree. My issue is the stuff that’s been added to earlier releases, which might have been state-of-the-art back then, but just sits there and never get any love. LightWave was like this and C4D is increasingly the same (although with C4D at least the features actually work).

I’d love to see some the old scurf thrown out and replaced by more modern code. (If people are so bothered by back-compatibility, just keep an old copy of C4D around.) I dabbled with Pyrocluster the other day and the results are pretty good, but we’ve recently seen stuff that does this in realtime – Video Copilot has a plugin coming for AE that seemingly does the same.

Perhaps if the nodal system is to be propagated through the app, they’ll then update each section in turn. Hair, physics, particles etc. But who knows…

So what we can probably guess with some certainty:

I’m messing about with Storm simulations and even though I’m feeding it a single Alembic file, C4D still struggles to load and preview it all. I want this to go away; I want it to eat 2GB particle files for breakfast and handle entire high-res World Creator landscapes like it was Clarisse. If R21 only did that, Maxon could happily have my money. I constantly feel like C4D is always a couple of MB of data away from seizing up.

Hi, as someone else said it doesn’t seem like a year since r20 was released. Only just getting used to the things you can do with fields.

Certainly the volumetrics and fields show Maxon’s ingenuity and programming prowess. Hoping for good things in a week’s time.