So I did a polypaint on some characters for an animation, but forgot to model the inner mouths for animation later. I love the polypaints I did and didn’t want to lose them. But when I reimport the new model with added mesh for the inner mouth, the display of the polypaint gets darker. It’s sooo weird. But what’s even crazier is when I create the texture on the new bigger mesh, the texture is still the same as before in color. Therefore, only the zbrush polypaint display is darker. This is still a problem because now it being darker makes it nearly impossible to re-edit the polypaint. Does anybody know how to get the display to show the true colors correctly again after a change in topology? I tried it with a dog character and the same exact thing happened again. So it’s not a one off anecdotal thing. Please help! I’ve been flummoxed! with this issue for days. Thanks!
You can see in the 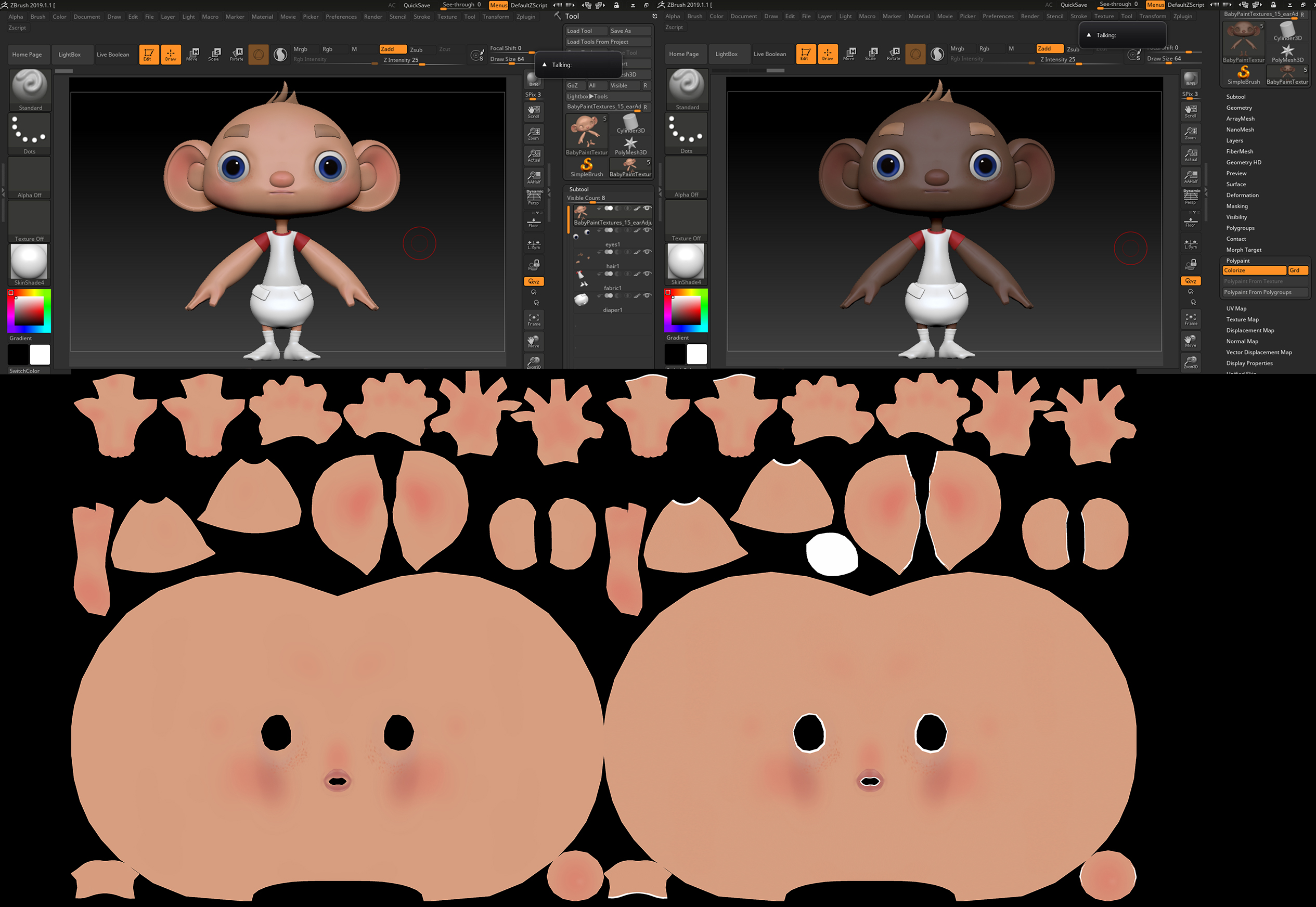 Problem.jpg2530x1744 1.09 MB
images the before with no inner mouth in zbrush and then after