An interesting discussion on Non Photoreal Rendering warrants being broken out into its own thread.

This thread will contain comparisons of NPR/Toon Shading features and techniques of any relevant software not just C4D’s Sketch and Toon.

I got into NPR rendering because we as a small company were stuck on our Mac Pros waiting for Apple to release an update to the Trashcan so we could join the GPU rendering craze. We used mostly VRayForC4D on renderfarms but we needed the speed of GPU renderers but didn’t want to switch to the PC (Apple had our backs, right?). We began seeing how far we could use Sketch and Toon and quite by accident found that our DataViz/SciViz clients really liked the aesthetic so since about mid 2015 we used SnT by far the most of any renderer.

It became clear there wasn’t going to be a Mac Pro any time soon so we invested in Windows PCs, GPUs and Redshift as they had made noises about GPU based Toon Shading which would be an epic win for us. Unfortunately Redshift still hasn’t managed to release Toon Shading but…

Obviously C4D’s Sketch and Toon is one of the better Toon shading systems but in the modern world of GPU rendering it’s showing its age. After working in Eevee in real time coming back to the IRR and sluggish updates is not an option. The Redshift Devs did mention that they were talking to Maxon about Toon so that could mean SnT or parts of it find their way into Redshift.

What are your interests in NPR/Toon? What do you consider as the state of art and what examples of great NPR do you use as reference?

If you don’t like seeing NPR from Arnold, Blender or wherever kindly refrain from flagging the thread, just ignore it. Alternatively join in and post the best examples of NPR and discuss the state of art and limitations in NPR rendering.

i loved the examples i’ve seen done with arnold lately, also an option i’m considering right now.
i feel very comfortable with S&T and it still seems to provide the most possibilities in terms of differnt looks you can create, but like you said, it has its age.

for me what is also very important aside from just the shading and rendering is the toon vfx capabilities. i’ve seen great stuff in blender on that topic, but with fields and volumes a whole new world opened up in that discipline in cinema.

i just recently did a bunch of tests what can be done and was quite surprised by myself how well things worked out. btw, none of those involve particles or 3rd party plugins. if you are interested, check my twitter page for examples…

When it comes to NPR, Sketch and Toon is great, but can be slow.

Other options in C4D are dedicated “toon shading” matcaps with the art shader. And it’s realtime in the viewport.

The Fog channel to be useful in NPR shading and it renders incredibly fast in C4D.

It gives a softer look than cell shading and with the right distance value you can add edge highlighting. 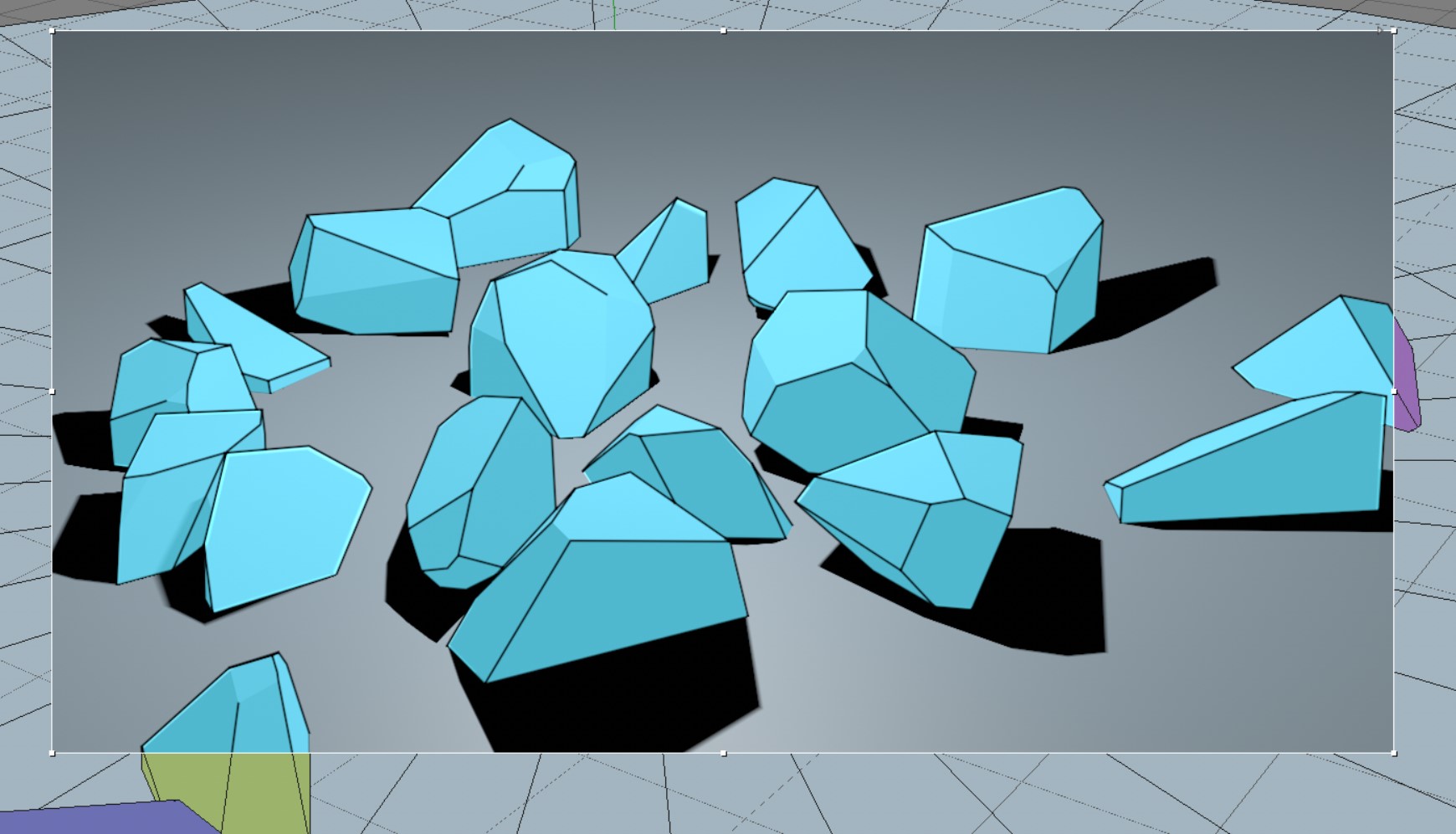 i just recently did a bunch of tests what can be done and was quite surprised by myself how well things worked out. btw, none of those involve particles or 3rd party plugins. if you are interested, check my twitter page for examples…

Your experiments are fantastic! very well done! Cool to see what you can do without plugins.

Nice example! I love experimenting with NPR. I’ve been “sketching” with engraving and pen&Ink style shaders for the sci-art themed Inktober on my Twitter (@N1ck_Woolridge) and Instagram (@nwoolridge).

Here are a couple of examples: 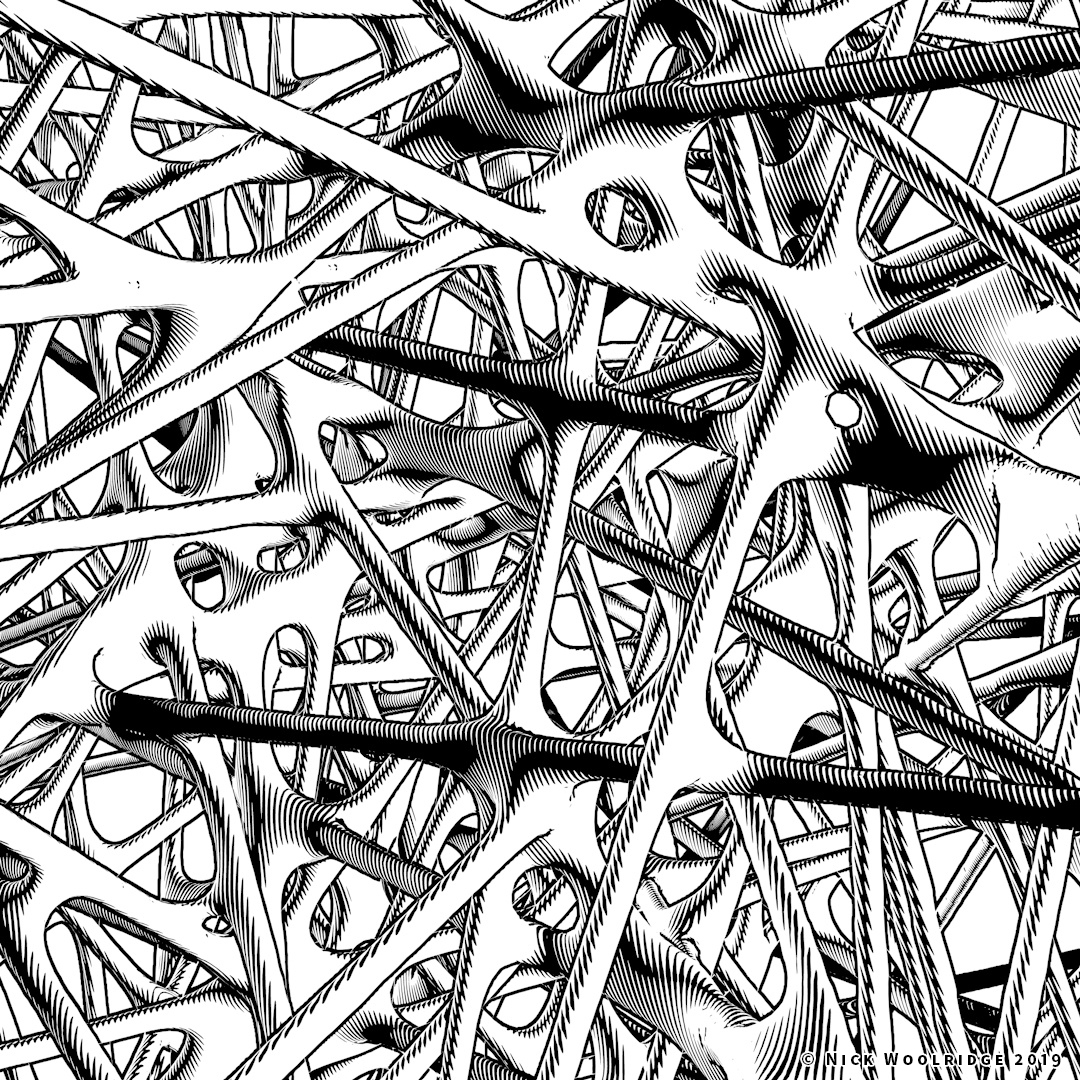 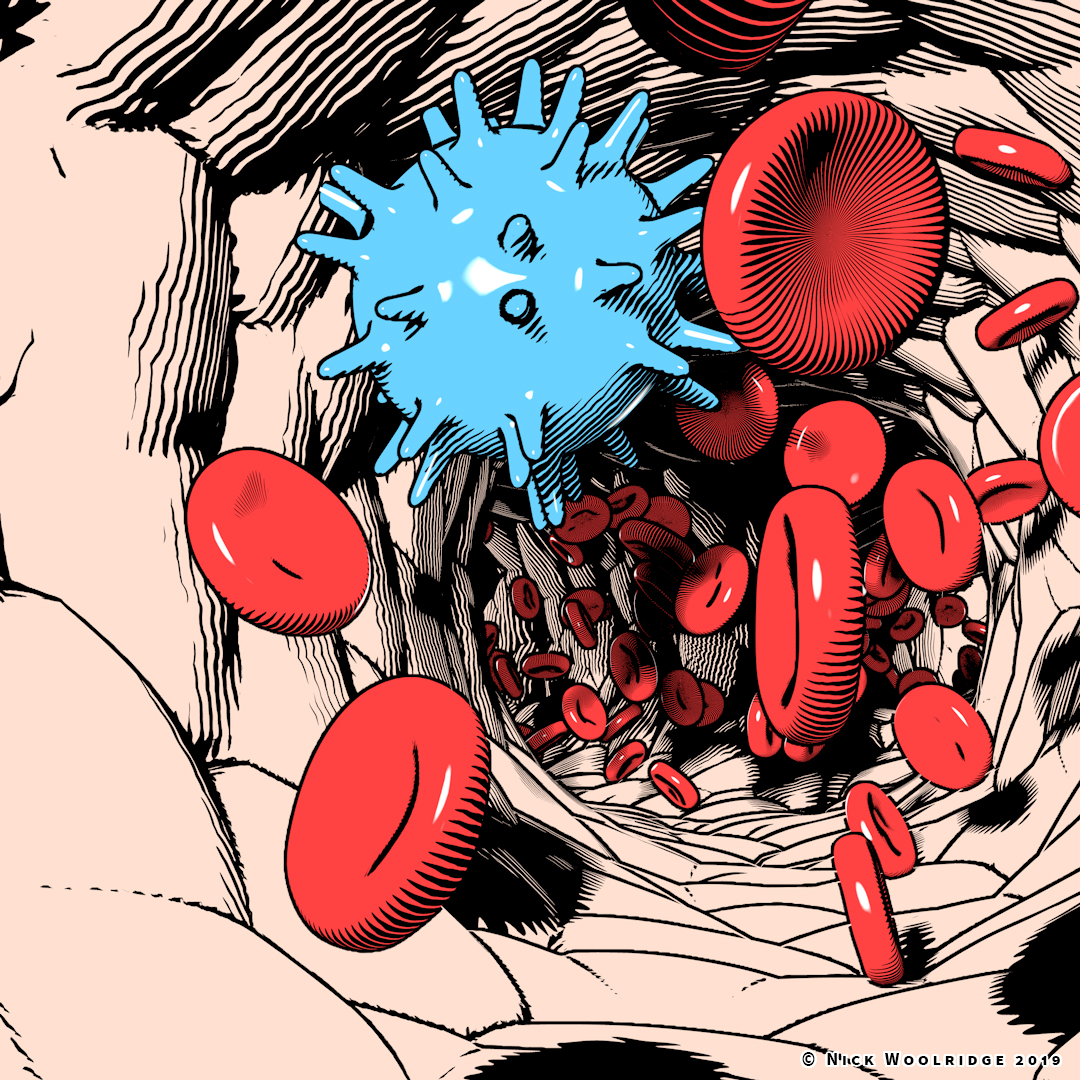 No Sketch & Toon, just Naam’s lighting based depth discontinuity line hack, and my own shader setups rendered in. the standard render…

This is my favorite of your inktober:

Nice work @NWoolridge. I have managed to recreated much of the sketching styles of the Spots and Hatch shader in Blender but I’m struggling with recreating the custom brush scatter effects. If I can crack the brush scattering I’ll be set.

Thanks! I’m fond of that one too; finally got to something that could plausibly be mistaken for hand-drawn pen and ink…

Was messing with Arnold toon shading for the first time the other day.

Been following your postings Nick. Really cool stuff. I remember Naam’s toon presets from years back. 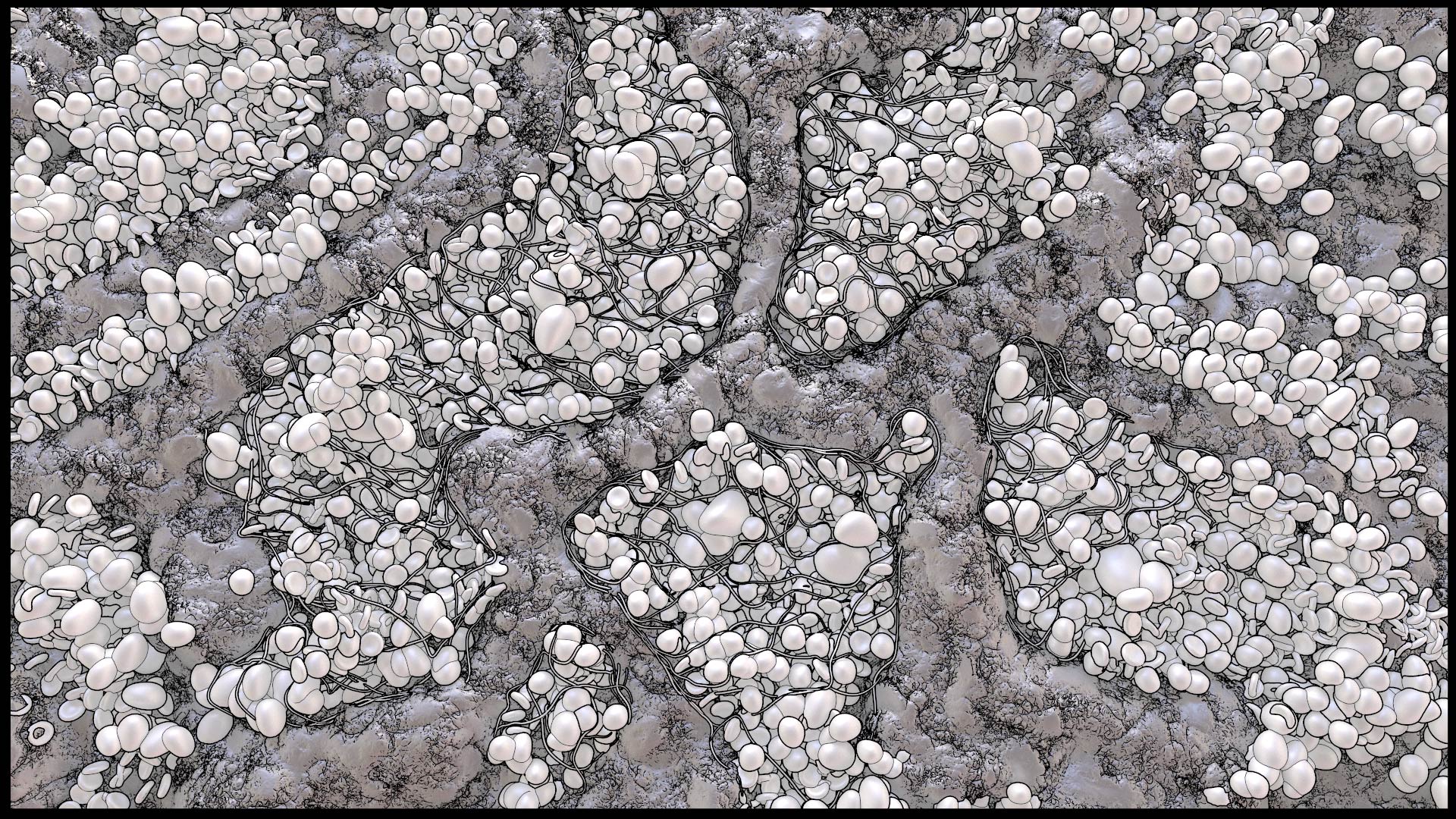 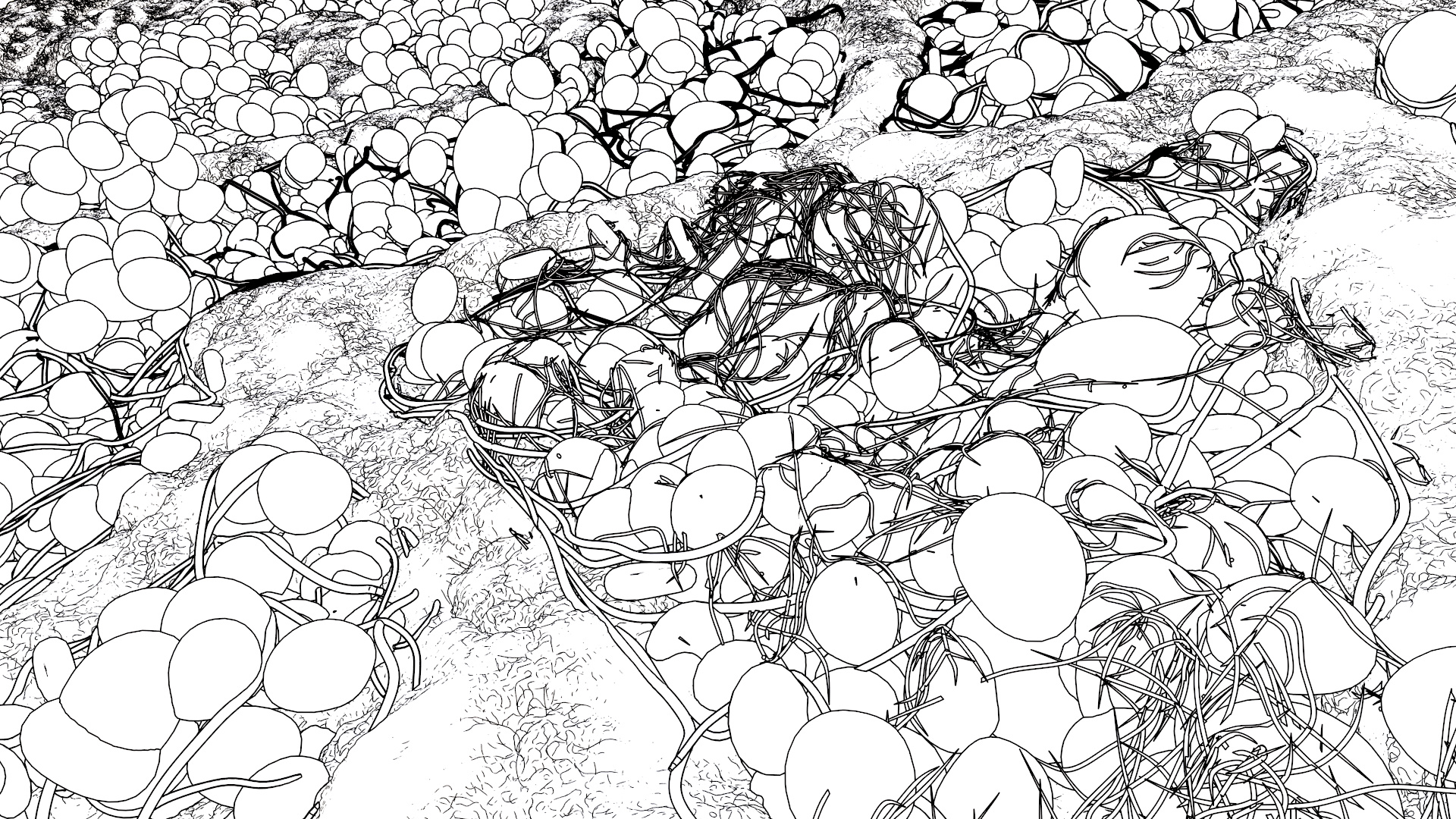 what are your impressions with arnold toon shading? how precise can you control where and how lines are drawn? haven’t tried it at all yet.

Thanks Nick. Thickness by distance will help. The fine fibers were getting too chunky the further back they were from the camera. Will continu exploring.

@everfresh My first impressions were good-kind of excited with what can be done with the shaders. I am still in early testing, but I would suggest giving it a whirl.

Chad Ashley posted some nice examples a while back. Heres one: 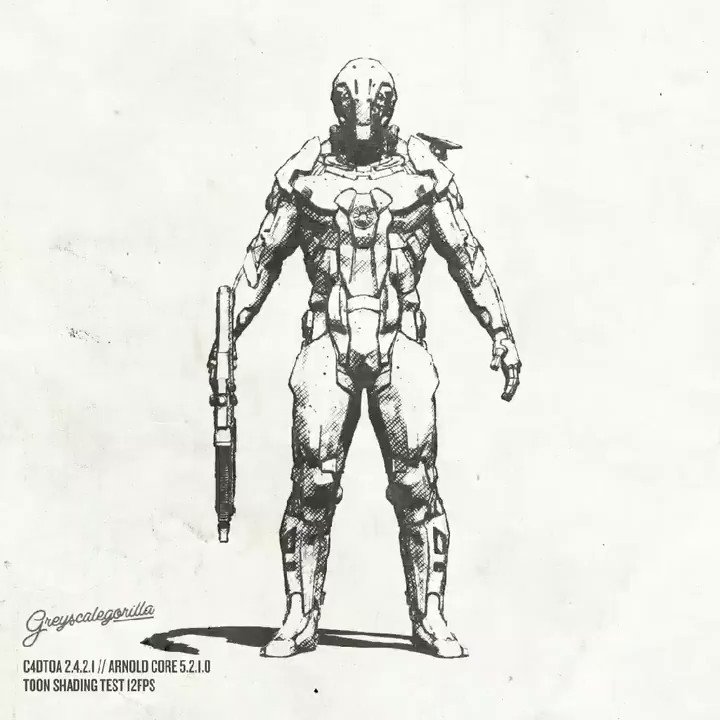 I think he was the one who did the mech stuff in the Arnold docs, but I might be wrong.

Arnold’s line controls are pretty good. You can set edge detection to be based on IDs, shader differences, angle threshold, mask colour, UV boundaries, etc. Edge detection can also be set from the geometry, shader, or smoothed normal. You can use textures along the lines. Lots of control…

As far as I can tell, you don’t have some of the randomization features of S & T, though they may be available via Arnold’s nodes.

thanks guys, very helpful… definitely have to try… i’m just a little afraid i might like it and have to buy the quite expensive arnold then

Here’s the Arnold file with the line scaling with distance. To adjust the thickness scaling, play with the output values in the range node in the node graph for the material.

Thanks everyone. These are all really great examples of NPR. I mainly work on still images so flickering is no concern for me, but it would be good if the new S&T would render flicker-free. I would definitely upgrade if this happens.

One of the advantages Arnold has over Redshift is having the incredibly useful Lambert Utility node. This node take the diffuse lighting information and allows you to do really useful things downstream in the node network.

I don’t have Arnold but I do have Eevee which has a similar node called Shader To RGB which means I can pass a diffuse shader in and get the colour information out. In the example below I’ve passed the Diffuse information into a Gradient to create a mask which I’m using to mix between two different shaders. I also piped the diffuse colour into into a red/yellow gradient to drive the colour of the Emissive shader. The scene lighting then drives the mixing of the shaders.

You can use this effect to recreate the Spiderverse shaders to control where the hatching and halftone appears relative to scene illumination.

I’m trying to work out how I can use this lighting to drive texture scattering to recreate the SnT Hatch shader.

If you use Arnold the Lambert utility node is incredibly useful esp for Toon shading. 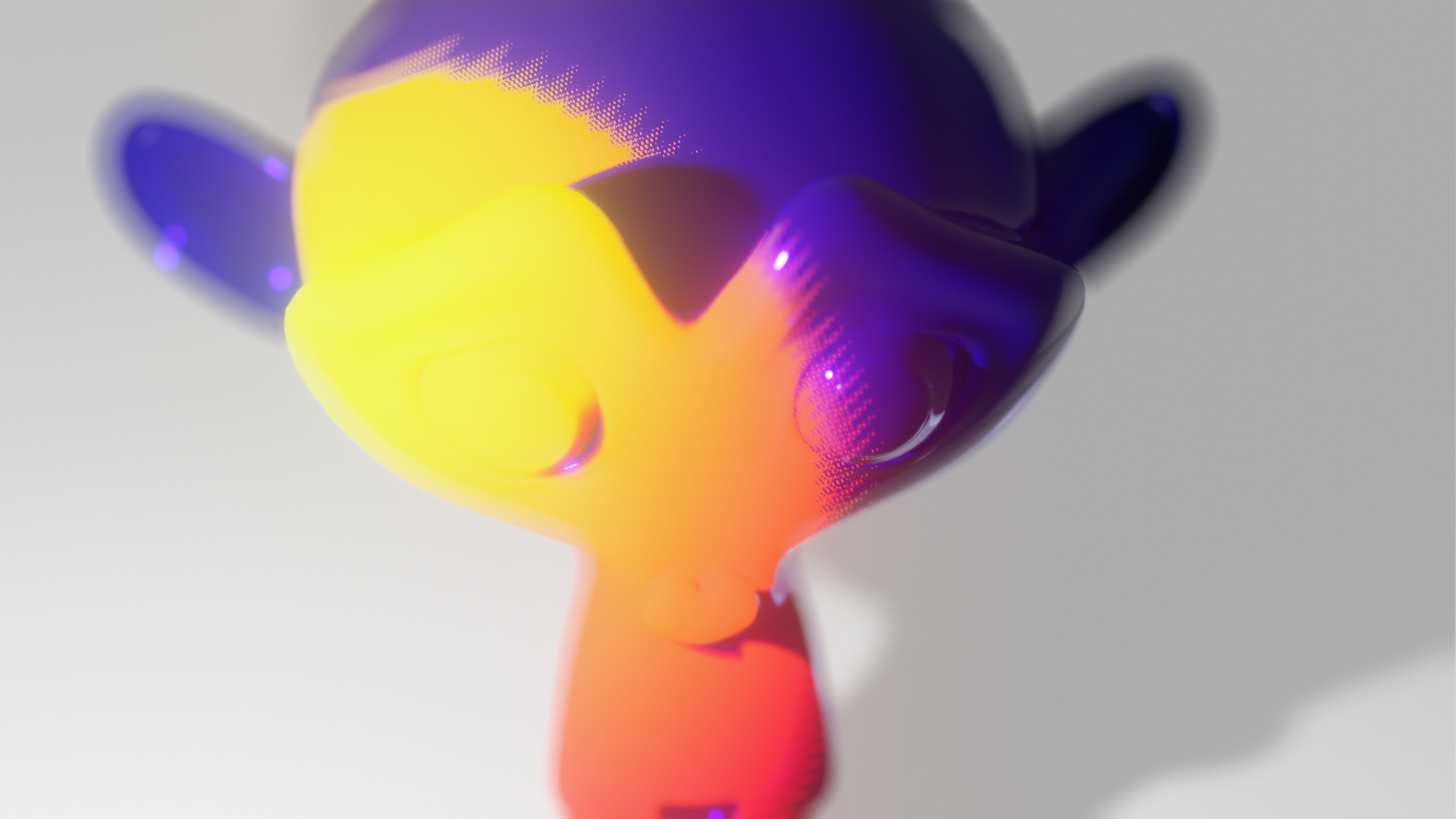 That top sample is just stunning.

Infograph - yes that is the type of control I’m seeking in Redshift. Hopefully someday. Perhaps when the OSL code gets implemented.