I’m currently doing some look dev on a project where the art direction is similar to Disney’s short film Feast. I have been able to create a toon shader easily enough with a ramp and surfaceLuminance but unfortunately that is only half the battle. The main difficulty that I am having now is how to get the rough edges around highlights/shadows similar to Feast. I’ve attempted to use a procedural noise in the bump/normal/displacement but I’ve found it somewhat harder to control and the pattern gets everywhere, particularly on flat surfaces. 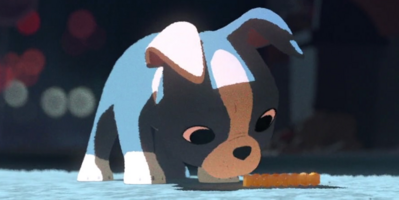 I’m thinking that I could probably do a workaround in post with Nuke and a detect edges node but I would prefer being able to do this in render.

Hoping someone has an idea or could point me in the right solution!