I hope anyone can help me to know if there are any ways in 3ds max to do something like that ??
to hide this part of the building to show the background like this screenshot that I attached . this will be animation not static render . so when i will move the camera i need the inside of building to be visible from the front but hides from the other sides 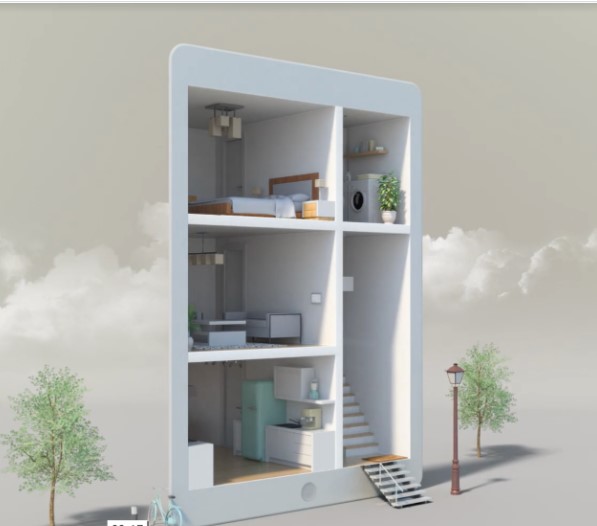 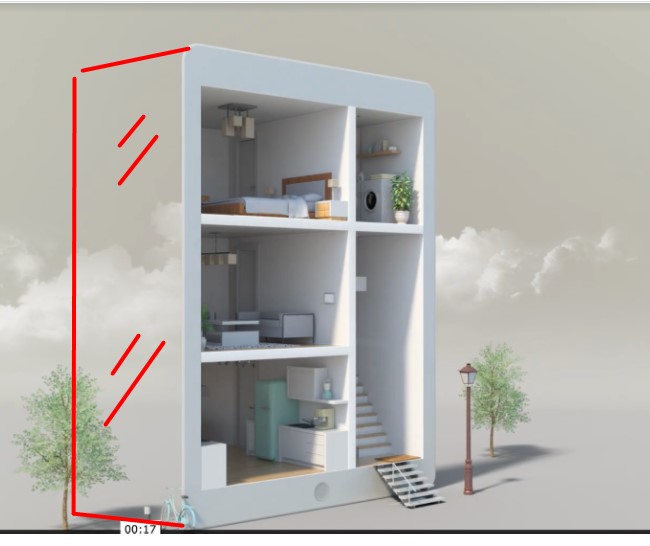 then Without the iPad/building (but just a regular iPad).

Then I would render a black and white mask that selects only the bits you want and overlays them onto the background (the render without the iPad/building). So just a regular iPad/Tablet (with regular iPad depth) that will be rendered at 255,255,255 on a 0,0,0 background.

Reasons for doing it in post:
Global illumination needs walls with thickness.
Even if you render single-sided, the objects within the rooms will appear to float in mid air.
Not sure if you could use Mattes, but you’d have to pre-render them anyway?