I have just spent the last 2 years working on a 3D modeling / animation / rendering package, written in C and called Gloss3D. It is inspired by Cinema 4D that I used in the past, but it was not available on Linux and not free, so …

Here is a small feature list. The software lacks features of course as it is still in the early stages of its history :

Anyways, here are the screenshots : 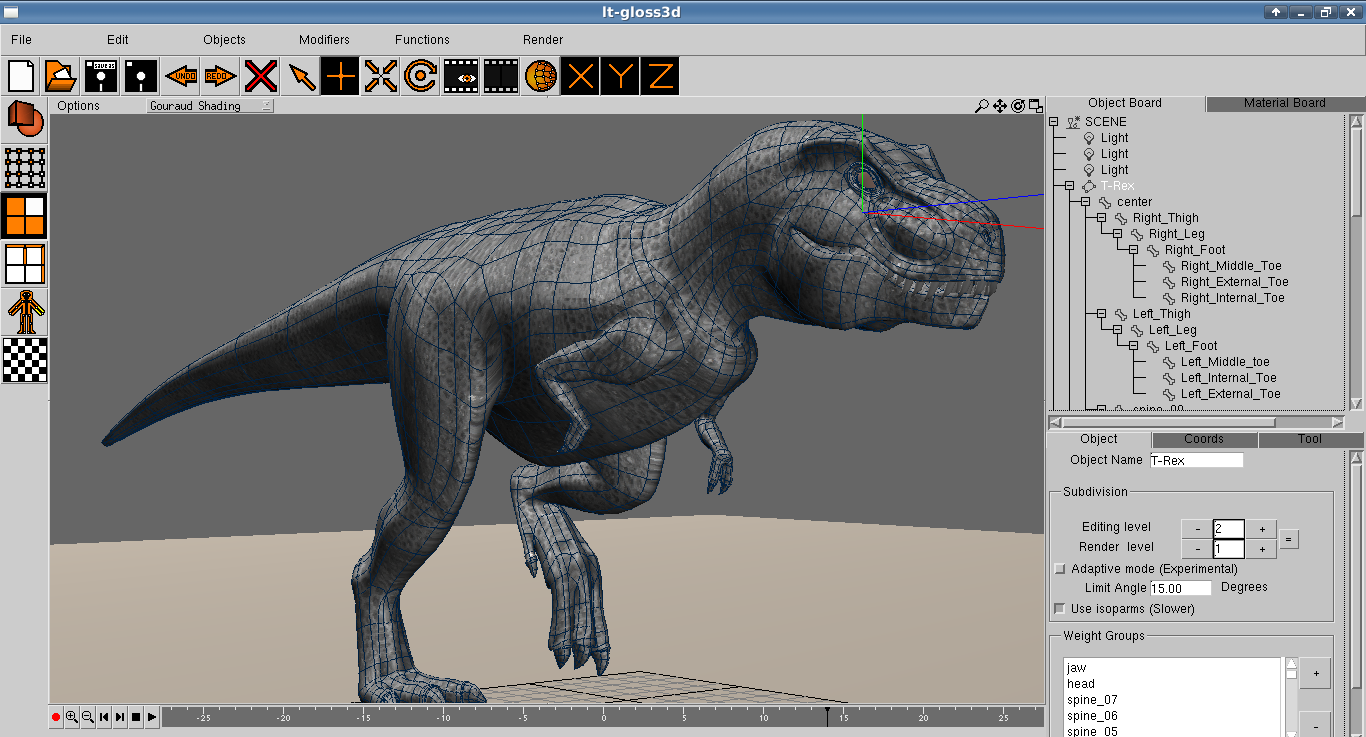 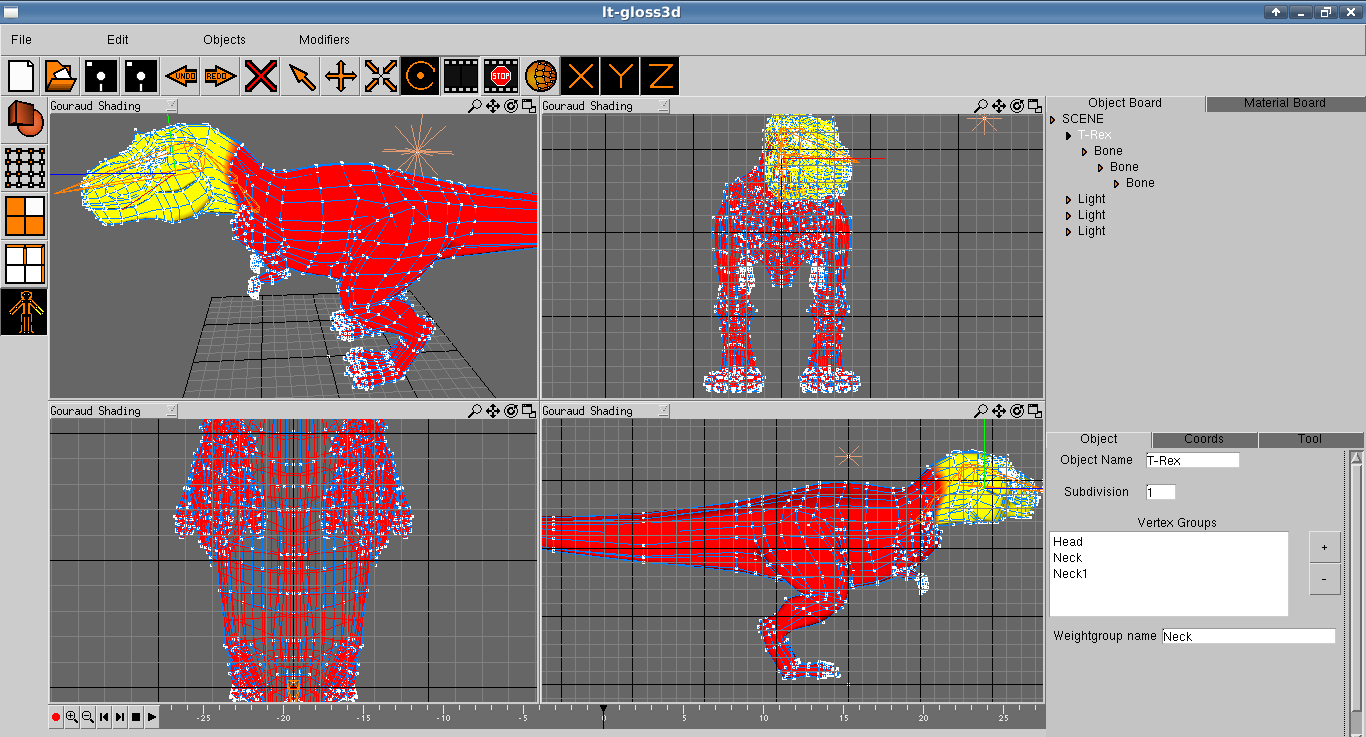 You can get it there :

I made a small tutorial some times ago. It might be a little outdated but it gives some hints :

Congrats for this!! I know its in its infancy, but is quite an effort for a single guy. Wish you the best of luck on this.

Here is the new version of Gloss3D. there is now a simple texture painting tool, UV editing tool, the GUI now runs with GTK3, the program works on Windows and Linux. 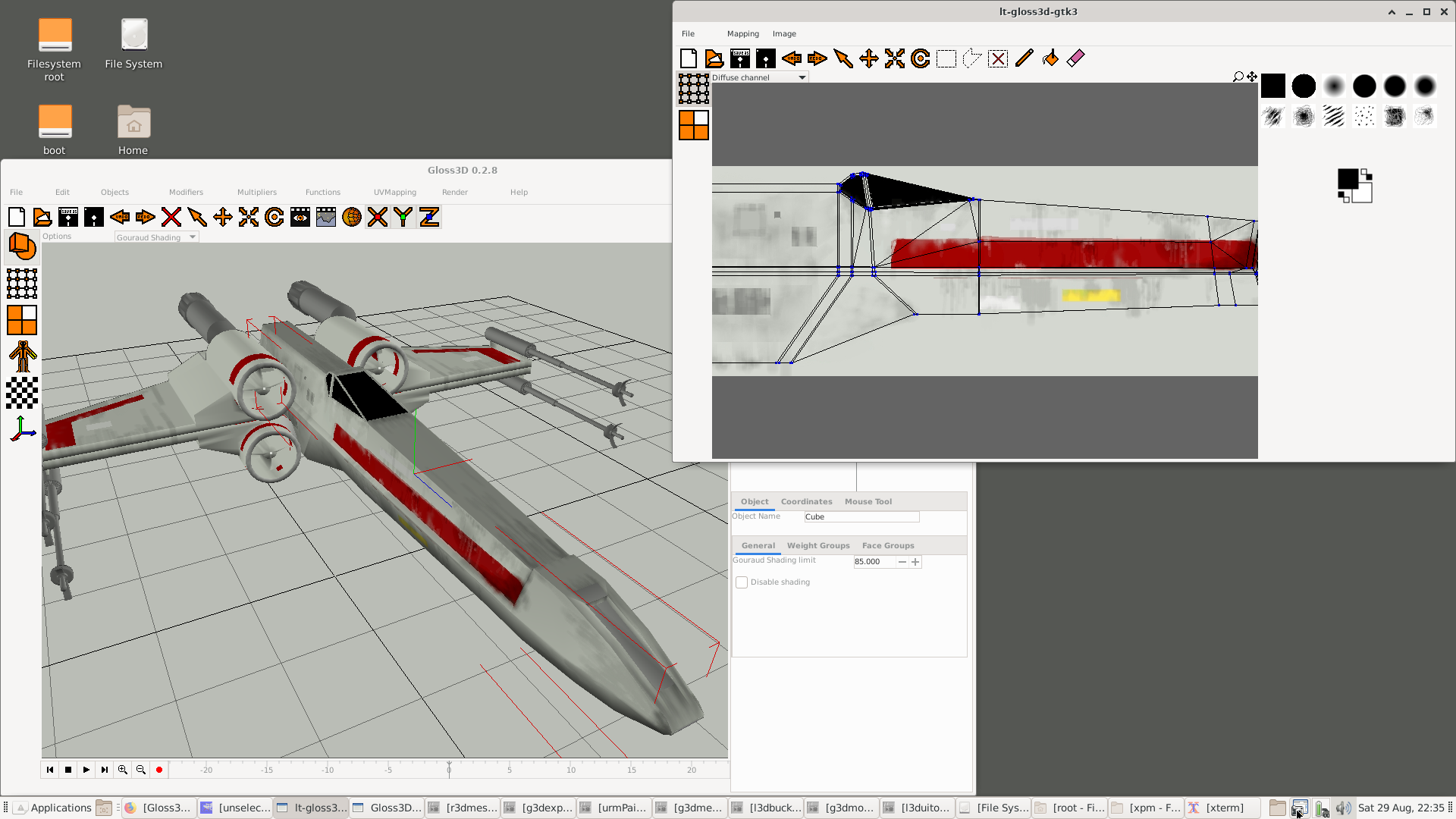 You can build it from source :

Of course, Gloss3D is free.