Cinema Newbie transitioning from Daz Studio (Very wordy. More questions to be asked in the future)

I’m a bit nervous about asking, but here we go.

Like the title says I’m transitioning from using Daz studio for animations to Cinema 4d because someone showed me some physic stuff Cinema and I thought to myself “I really want to do be able to do that” . And Daz studios is not great for animation. In particular I was also interested in the IK system which I’ve never used before. And quite a few of my issues are related to IK so I could use some help understanding what I’m doing wrong and some errors I seem to be getting.

Because I got a bit too wordy here’s the things I need help with that I’m having trouble finding tutorials on. Feel free to share them if you know what i should watch. I’ve been going through a lot, but there’s a lot to learn and it’s hard to tell what I should be looking for.

For a lil more context I have been watching videos regarding IK and how to set it up. I think I did pull off some IK chains that worked ok, but in regards to the issue I’m having I used Daz Studio’s bridge system to transfer over the model and auto IK rig it. For the base mesh this works fine, but for my custom model the legs have a particular issue in which when I rotate the model completely 180 degrees the knees bend inward and the ankles bend out. I’ll attach pics below of this.

Now I have IK chained it with IK Max and I didn’t have this issue, but the clothing didn’t deform as well and I really don’t want to lose the weighting from the clothing. I think I also tried IK-chaining it manually, but I’d have the same issue with the rotation plus my own IK chaining didn’t seem as good. I compared the settings of the joints, the purple joints created from the Daz Auto Rig, and the nulls to the base mesh from the custom one and even moved the bones around to better match up and it made the IK while the model is forward better, but I still had the same issue with rotation.

On a side note this stuff is just a hobby thing for me (I like doing nsfw stuff. Not sure if that’s taboo on here. Sorry if it is), but I’ve been stuck since I’ve gotten into C4d on this. I’ve done the tutorials to understand how CInema works and even did the lil fishy in the bowl thing which was fun, but the things I went into Cinema for I haven’t been able to do. I wanted to do the IK stuff, have clothing on a model react to what’s happening underneath it (Like if the body expanded) with the clothing I already have made, jiggle physics(lol) and do some really cool effects like showing 1 human mesh absorb another and having the one enveloped bulging underneath the skin of the absorber(I’m kinda getting there, but I could also use some help understanding the collision tool and how to create this effect. I seemed to get it a lil, but the models wouldn’t line up properly and I’m not sure what’s going wrong. But I’m getting ahead of myself. The first two questions above are more important. If there is someone on here who is willing to help me out I appreciate it. If not I get it. I’m hesitant to share the project file since it’s nsfw stuff, but I could do it if there’s a DMing thing on here? Tho the file shared is just of the character mesh and the rigging. The pictures more or less give the idea of what’s going on aside from specific settings on the joints/nulls themselves.

Regardless if you read all this thank you. 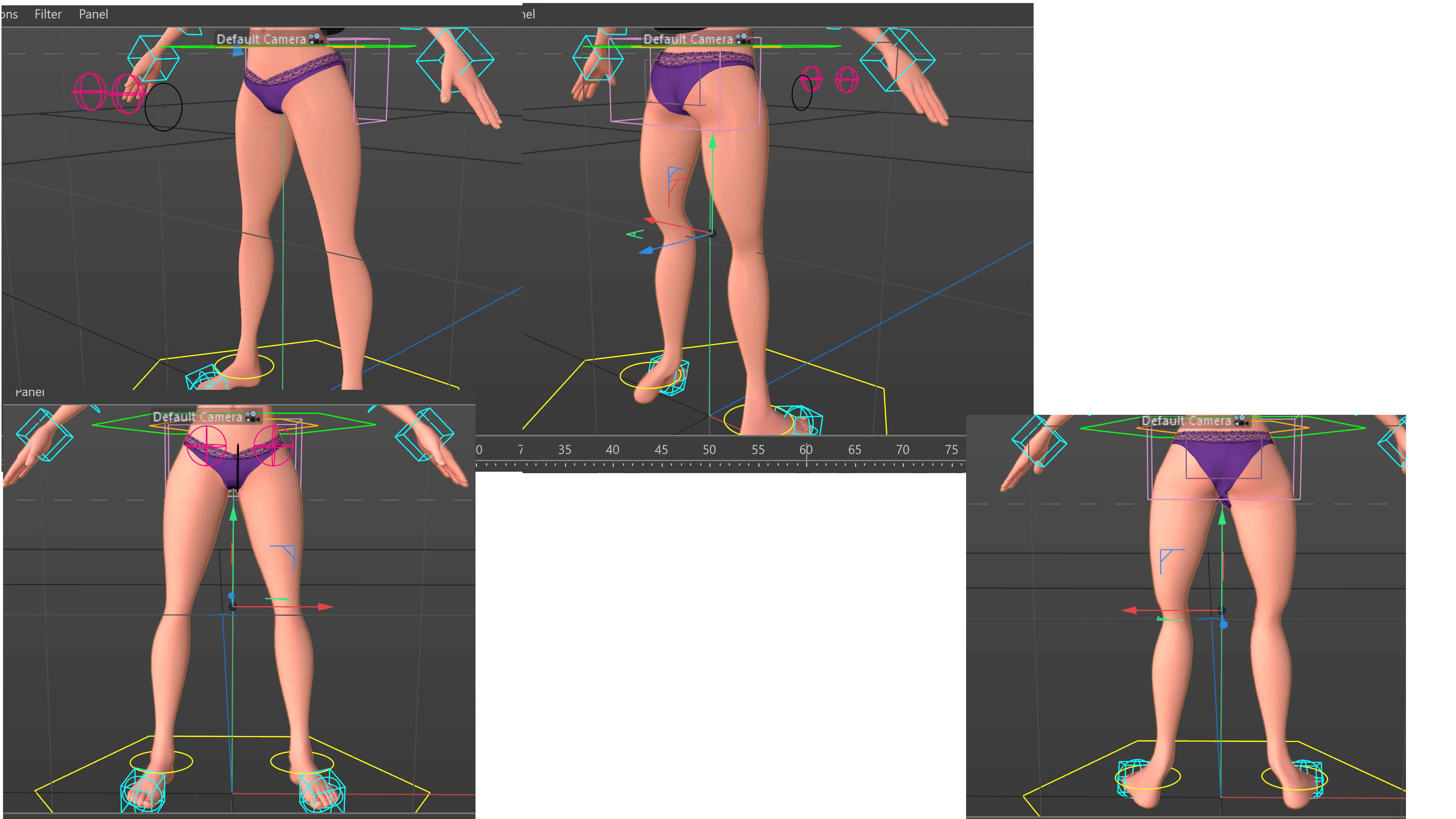 I guess I turned people away with either the words or the content. Unfortunate. Well I’ll figure things out eventually I guess. Or workarounds tho time and mistakes coulda been saved. From all the softwares I’ve used Cinema seems to have the coldest community lol. Can’t be helped I guess. Ty for your times.

I don’t think the c4d is ‘cold’ it’s just you’ve chosen the wrong forum. May I suggest joining Core4d and asking there.

@ThreeDDude hasn’t been around for a while but he was a Daz and C4D character animator who could’ve helped. I think he has transitioned to Blender though. Maybe drop him a DM and it might send an email notification to him.

@everfresh is probably the most highly skilled in this area but I think you’re more likely to find him over at Core4d.

Historically character work with C4D has been a fringe pursuit so the number of people with the experience to help you is tiny and there’s probably fewer on this forum. I used C4D for well over 10 years and never rigged a single character.