What this means I’m not sure – does Maxon already have C4D running on an A12Z chip? That’s impressive if it does!

I see you’re on the Octane X for AMD discussion, Mitchino. Can’t wait for the damn thing to be released.

Thanks for the link, I was hoping they were working with Maxon. They claimed even complex apps only take a couple weeks to port to Apple Silicon, and the discussion around that clip makes it seem like that was a port, but it would almost be more impressive if that sample was using Rosetta 2.

Seems to remember the Maya scene in the presentation was indeed running with Rosetta2. It was a fully textured 6milion scene running smoothly. While that scene was not impressive at all(it’s just an average work), the fact that is was running on a passively cooled smartphone derived CPU, with no discrete GPU, and in “emulation” mode, make me think that performance will be very good when proper workstation silicon will be released.
This should not surprise after all… every time Apple switched CPU platform in the past we have always experienced a nice boost in performance so there’s no reason to think this time will be different.
The default alternative to Intel in the PC world is AMD and their CPU are indeed very good right now, some may think Apple should have simply choosen Rizen/TR for their machine, but I remember like it was yesterday when they switch to Intel back in 2006 and there was plenty of folks whining about their choice because AMD Opteron(back then they were at least on par or superior compared to Intel Xeon) were better. Turns out they have made the right choice and they have enjoyed Intel superiority for over a decade.
There are hackintosh running AMD CPU right now and Apple have a very good relationship with AMD so switching to AMD CPU would have been far easier for them but if they have chosen otherwise they should be confident that their silicon will outperform other platform for the foreseeable future.
To put things in context I recommend this video about the ARM CPU and why they will win over both Intel and AMD(on Windows and Linux too), it was made in 2018 long before this announcement and it’s coming from someone who don’t even like Apple products:

Darth, I’m beginning to get annoyed with Otoy for all the delays, but apparently Friday might bring news: 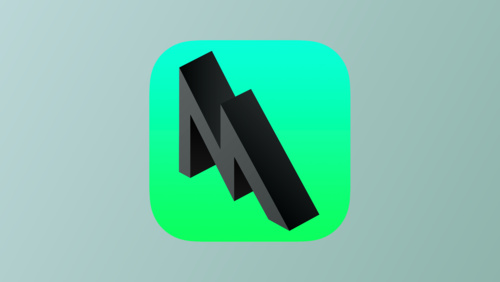 Achieve photorealistic 3D scenes in your apps and games through ray tracing — a core part of the Metal graphics framework and Shading...

Was running in Rosetta but we are hard at work on it.

@mitchino – yep, looks like it. Getting excited now. Have three GPUs in my Mac Pro and only using one of them!

@dmcgavran – Very glad to hear it. Although I don’t see an ARM Mac replacing my 24-core Intel any time soon…

I will not be surprised at all if they’ll release a workstation class processor faster than the actual 28core Xeon. While this is a fast CPU and an overall good performer the benchmark for multithreaded tasks is the 64core TR. The MP will be the last product that will receive new CPU and IMO Apple silicon should target Intel singe threaded and AMD multithreaded performance in order to be competitive.
Several ARM developers already have CPU design with up to 128 core, Apple will have no issues in getting that kind of scaling if needed and since Apple ARM cores implementation have by far the best IPC they’ll be able to compete with Intel and AMD in the long run.

Oh, undoubtedly my Mac Pro will be obsoleted by Apple Silicon,but when? They don’t have a single machine on sale yet, and I think the Mac Pro will be the last system to be migrated over – if indeed they even do. Who knows, maybe they’ll do some sort of killer, multicore iMac Pro before then.

One area of discussion is the GPU aspect. Is AMD not long for Apple’s world too? How good are Apple’s integrated GPU systems compared to the very latest discrete cards? I think there’s potentially a lot of stuff I can cram in my ’Pro tower over the next few years which will keep it relevant.

Timing will be everything on this. 6 months or 1 year too late and can change from best thing to also ran.

Still it is good news of another competitor in CPU/GPU arena.

I’m not buying an Intel Mac pro now. There is just too much uncertainy about this whole ARM transition.
And even if Apple commits to supporting Intel macs for “many years”, there is alway a risk that software editors might drop the platform much earlier to focus exclusively on ARM. Same for AMD: if Apple’s chips include GPU’s…why would AMD keep supporting a handful of Mac pro owners?

Yes, that is an understandable result of this announcement.

The strange thing from my POV is thet they’re still planning on releasing more intel macs before they switch to arm. Surely they’ve just sunk all the sales by announcing they’re obsolete before they’re even out.

@Adydoo @3DFluff … Yeah, I kind of had this sensation too

If they don’t want to lose the last few pros on Mac, I reckon they should actually start from the top with an ARM Mac Pro ASAP: they claim that their pro applications are already recompiled for ARM so why wait 2 years to get the computer that goes alongside? It’s also a matter of communication: the Mac pro is the perfect computer to make a powerful statement and showcase the raw power of their chips that will then be cascaded down the different lines.

Surely they’ve just sunk all the sales by announcing they’re obsolete before they’re even out.

Perhaps, but only for the part of Apple’s customers who know and care about what processor is in their machines. The vast majority—and I would wager that that proportion is north of 95%— will buy based upon the traditional differentiators: perceived use, price, and design.