There is a new Blender version available. And so there is also a new version from us. Bforartists Version 2.9.0.

The first major project concerns the Tool Shelf. Bforartists 2.9.0 brings back the tool shelf tabs. Most of the content from the header text menus can now also be found in the tool shelf as icon buttons. The tabs are optional. You can deactivate it.

The second big project in this version was the new Geometry Nodes Editor. The content of the Add menu in the Geometry Node Editor is now also available here in the sidebar in panels, if desired as icons. The nodes now each have an icon in the viewport.

Another big ongoing project is to split the tooltips by tool. Blender unfortunately still has a single tooltip and a tool name for up to 6 different tools. And we’ve made the usual little tweaks and changes. New UI content aligned to the left, human-understandable tooltips incorporated, new icons created for the new tools, and so on. All in all, there are over 280 changes in this version.

The Windows and Linux binaries are already available. We are still working on the Mac version. Please be patient.

Bforartists is a fork of the popluar open source 3D software Blender. With the goal to improve the graphical UI and usability.

Many thanks to the team and everybody involved. And a special Thanks goes to IyadAhmed to re-enable the tool shelf code, and to Tymen Muller for this great splash screen image.

Have fun with the new version - Reiner 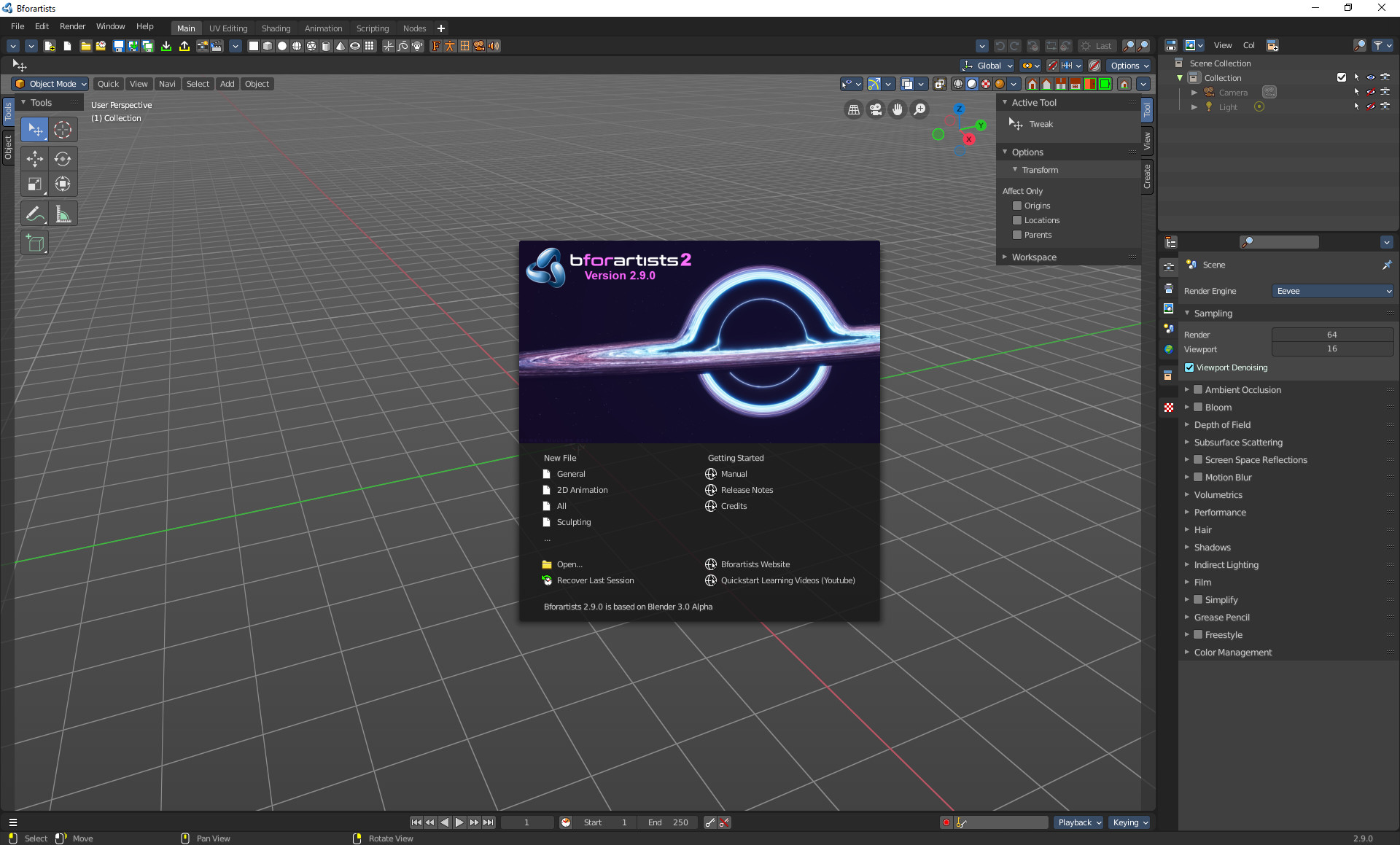 As with every release, and even more with this milestone release, i want to thank everybody involved for your support and help and passion for this project. It was as usual a great ride and a pleasure to work with you all

Have fun with the new version - Reiner