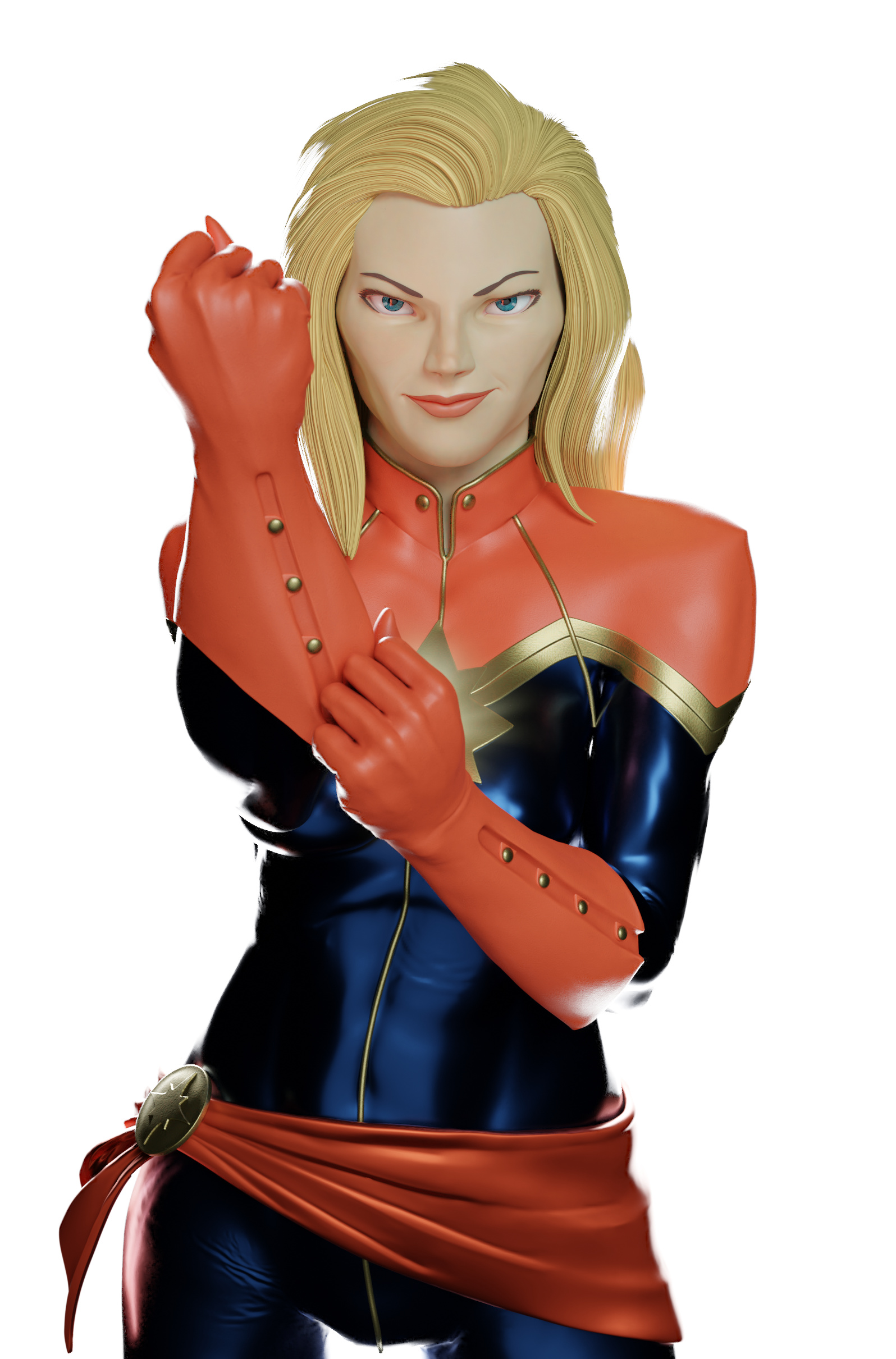 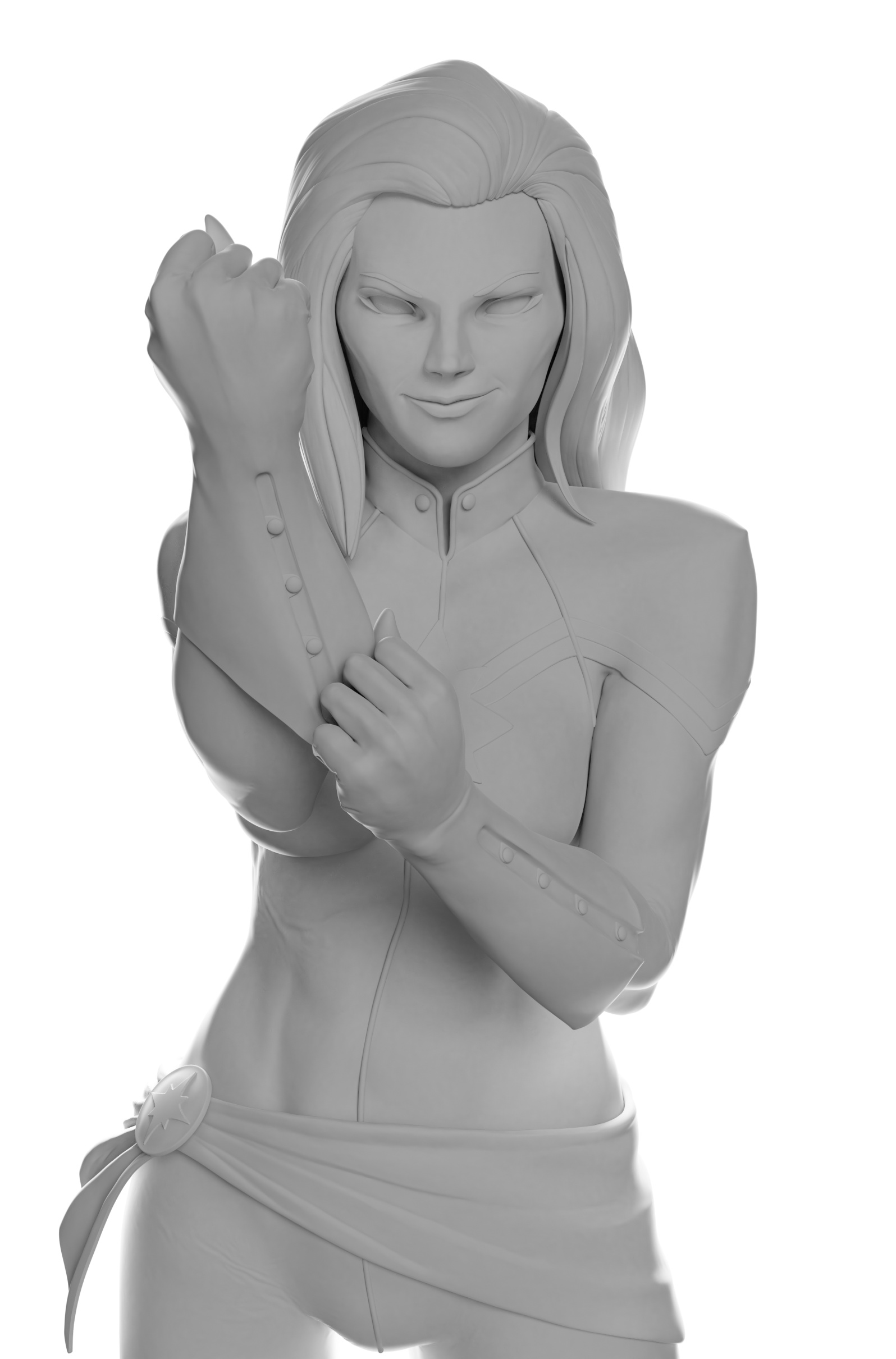 I’ve been doing this model for my portofolio site for some time now. It started as a rigged retopologized character but half way in became just sculpting, and now is a mixture of both. I used this cover from David López as reference: 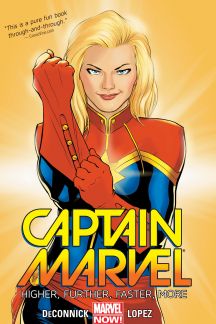 Hero! Pilot! Avenger! Captain Marvel, Earth's Mightiest Hero with an attitude to match, is launching headfirst into an all-new adventure! As Carol Danvers comes to a crossroads with a new life and ...

I’m not sure about the hair shader yet, and I don’t know where to go with the lighting. I copied the most I could from the reference. but I might do a lot of postprocesing in the eyes. the glove reflection is casting a lot of red on the face and eyes. here is a poorly postprocessed version of the image 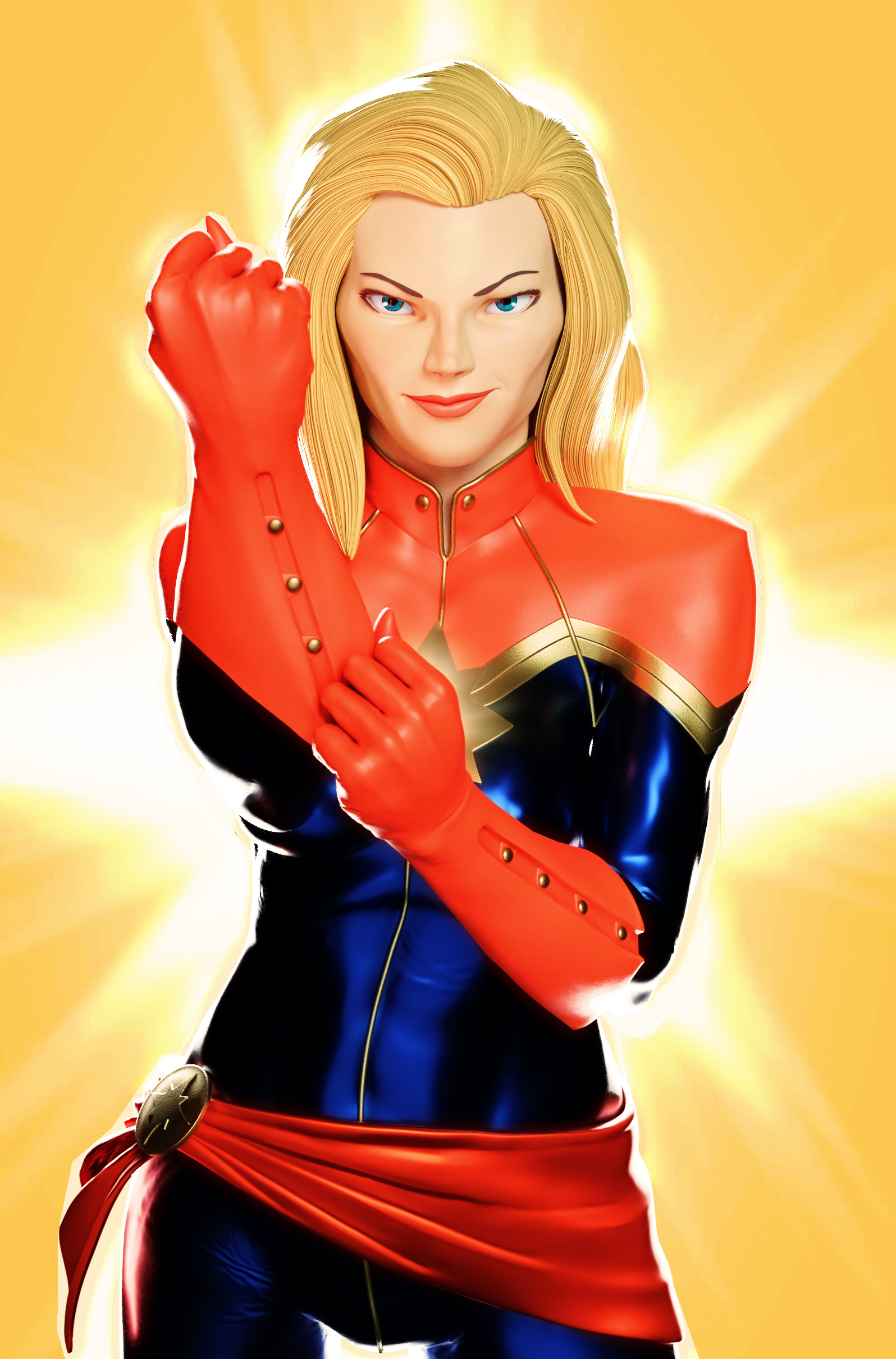 What do you all think?, is it ready? is it something?