Thoughts on Modelling in c4d 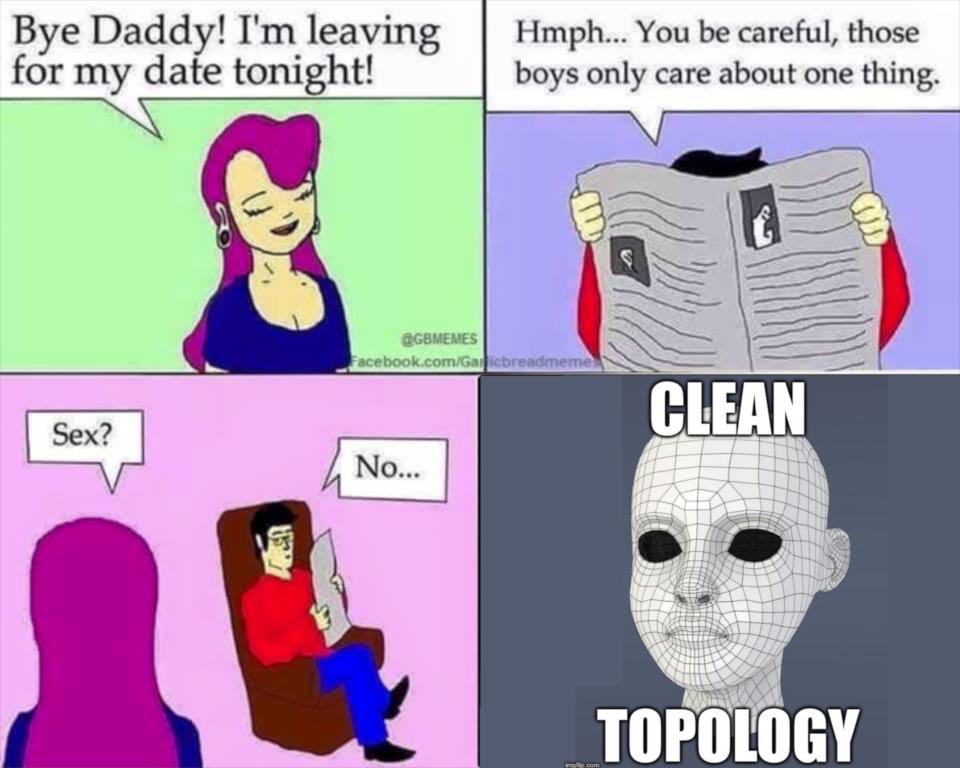 Was playing briefly with Nitro’s FallOff plugin. Doesn’t seem to work reliably in R20 and I notice that he’s not currently selling it online. I’ll have to ping him to see what’s up.

Nice visual guide to building up detail while modeling…

Interesting as this can be the case in solid modeling, sculpting, and is even a core strategy when building a substance material.

That is why you have the so called “kitbashing” now. The Polygon Pen is sweet and it has surprising tricks for subtractive measures. You can drag a point onto another point to weld. Or you can control/command click a point or edge to dissolve.

I want to give a shout out to Michael Balchaitis and his free tuts on his YouTube channel.

I saw his tuto on that pen tool, well just shows the bureaucratic mess that is c4d for modeling, most of pen tool capabilities should just be part of a normal selection options.

I can’t say that I agree Bullit2…Any tool has a limited number of operations when you consider left and right click + shift/control/alt.

It takes all of .002 seconds to switch tools when you know shortcuts.

I do agree Maxon could do a bit more with the live selection tool, but I don’t think a lot more functionality could be stuffed in there.

Re. Michael…I don’t think he’s necessarily top drawer–either as an artist or as an instructor. But I very much admire how very far he’s come in both capacities in just a few years. That tut in particular was weak as he was demonstrating a lot of manipulations that didn’t make real-world sense.

When you select points, edges, poly you should have different options, and this just should be the main select tool instead of hopping from button to button .

Try to check Direct Modeling - it started with MCAD applications - here an hint for Houdini but that is still not the final version https://www.youtube.com/watch?v=0tWJdtk1z0Q also Blenders hardops/boxcutter

I agree that the live select tool should at least have a mode detect option. And perhaps some of the other tools should follow the lead of the PolyPen and have multi-mode sensing.

Also another point, C4D got more complicated with Fields, Voronoi, Volumes all this can only be exploited creatively if traditional things keep getting easier to use, otherwise we are flooded with technical and hicups and there is no time/brain for the creative part and exploration.
Many lauded the Thomas Brown lecture on volumes at NAB 2019 but the “rust lining” part is that probably not many has had time to play with them.

I am stoked with Fields, Voronoi, Volumes. Sure it has taken some time to learn…and in the case of fields some paradigm re-think.

I don’t think c4d should slow down it’s march to the top because some folks won’t have time to master new features.

Are you suggesting Maxon take it’s foot of the pedal?

but pushing boundaries needs intuitiveness(which means ease of discovery) and then ease of use(simplification and repetition/coherence) from the other program parts.
They can’t remain in “XX century”.
Note the users have also being pushed in their learning time by the changing of guard(s)? in render which have not being going easily.

I agree they could improve the dexterity of some of the tools and discoverability/exposure on some of the options.

I do believe that training like what Toby has created should almost be bundled in with c4d. It has power to change people’s work…and transform perceptions.

I think MLG11 is ancient way.
Some stuff from Blender arena:

Then there is Substance modeling.

those blender examples look interesting for sure - but isn’t it really just boole modeling to the extreme? Great if you don’t want/need clean topology. But if you do I’m sure those meshes aren’t that great.

I didn’t see alot of wireframe views to see how the mesh looks - is it magically clean?

In curved stuff might appear issues that needs to be deal with.
But the point i am trying to make is the interactivity, near instantaneous feedback and ease of use.

Demo videos make it all splashy, but under the hood that workflow has LOTS of gotchas.

And those videos aren’t native Blender, but plugins/add-ons. C4d world world has similar plugins: meshBoolean and NitroBoxTool. C4D also has Volumes for some boolean style work.

That kind of work flow has its place, but it’s far from magic.

The two tools talked about aren’t really different than the Mesh Fusion plugin that came to Modo six years ago. The only difference is that they might add more free kit-bashing objects. (a bit like stock media for modeling)

Until AI takes over or Voxels reign supreme, Pro modeling requires a true understanding of mesh flow and how to achieve it. Game-playing will work for some things, but often that approach leads to “Game Over.”

If you want to get serious as a modeler I again recommend something grounded in reality and in sound principles. MILG modeling series will get you there…and you will learn principles that apply to all modeling software.

We all know the issues with Boolean modeling:

-Transportability. If you try to give or sell the model you will have very unhappy customers. The mesh will be a mess for whomever gets it. Such models can be esp. unreliable in game engines or in other apps.

-Editability. Trying to modify a boole-built model can sometimes be flat impossible.

I am certain that with the two Blender add-ons…you often add or modify something and it all suddenly goes to hell.

Within all these limitations there is still a time and place for that work flow. And interestingly Toby has a chapter on how to work w/Boolean limitations and still achieve good geometry.

Rather than selecting the axis mode tool–and forgotting to turn it off–one can just hold the L key down to activate the mode…make the axis change…then release the L key. One won’t forget to turn it off.

The axis tool looks like an ‘L’ so it’s easy to remember.