This is a VERY impressive sketchbook! It has motivated me into creating one and learning to draw better.

ShaneHudson: Well that’s perhaps one of the greatest compliments anyone can give, thank you very much, and I’m really glad to hear that. Good luck, and I hope you an awesome journey

Started keeping a journal of my dreams, I also though I’d try to paint most of them. Here is a start of one: 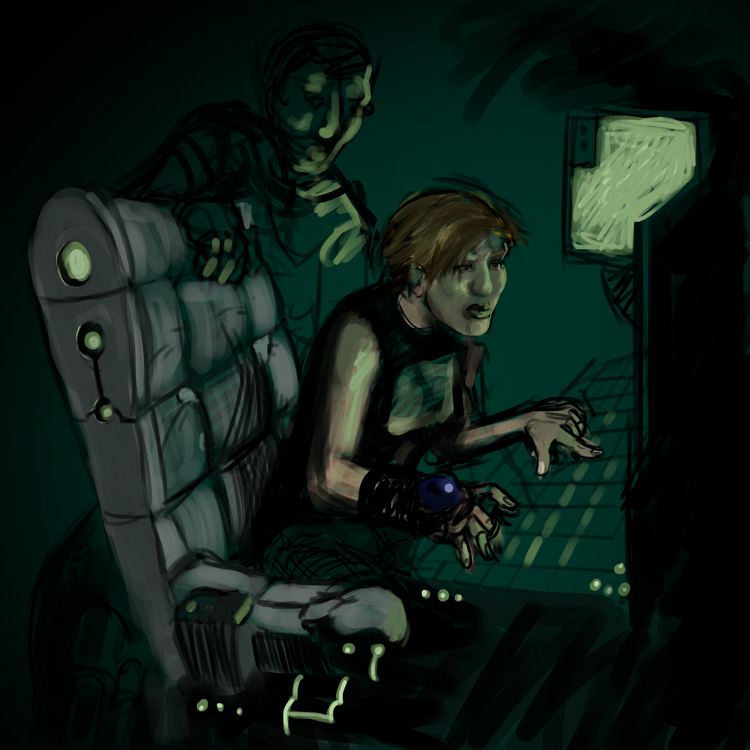 Also, I finally got my new Homepage out, please check it out.

I have played Batman: Arkham Asylum the whole weekend. Best game in ages! Can’t put it down. I rarely do fanart, but this game really made me want to paint some Batman characters. So I started painting Harley Quinn, shes one of my favorite characters in the comics too. The costume is pretty much completely my own design, just played around with it a bit, we’ll see where I end up with it… Man, managed to sit through the whole thing. I’m pretty pleased with myself, and I think it turned out fine. 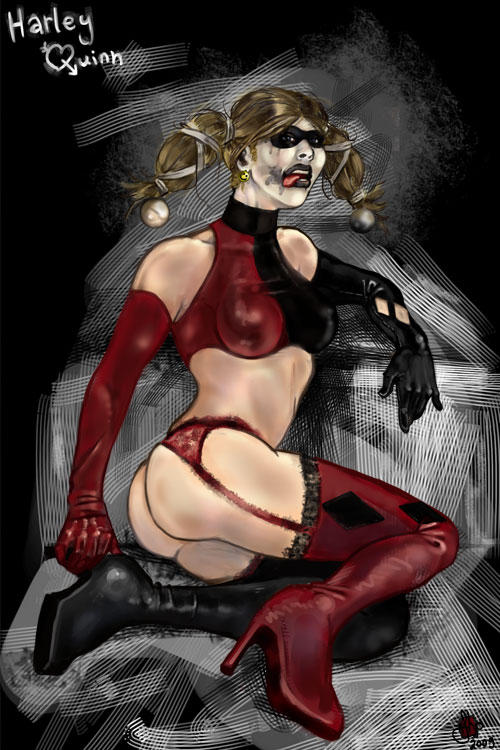 Worked some more on this one. 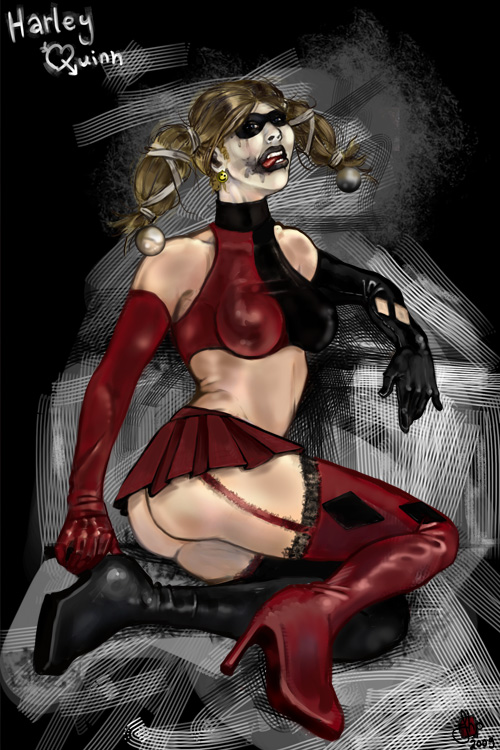 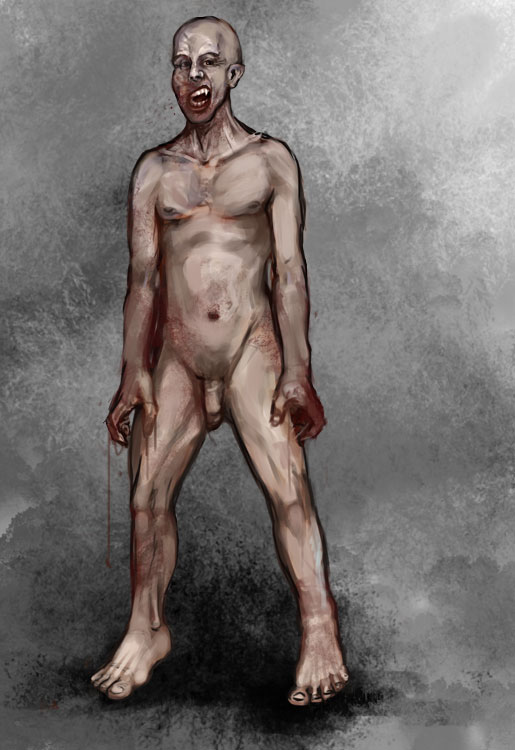 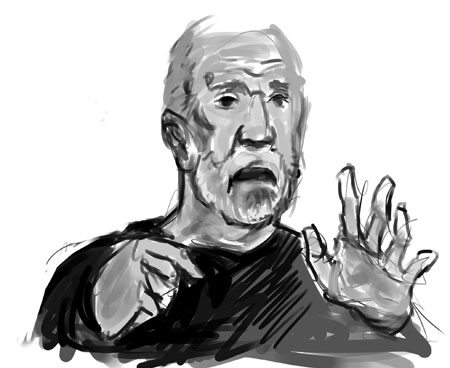 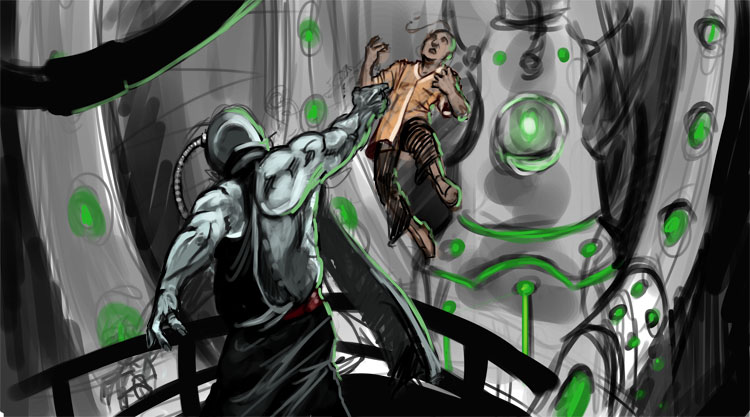 At the beginning I had toforce myselfpainting this, later I couldn’t put it down… Now I justhave to go to sleep, I’ll try to work on it more tomorrow. 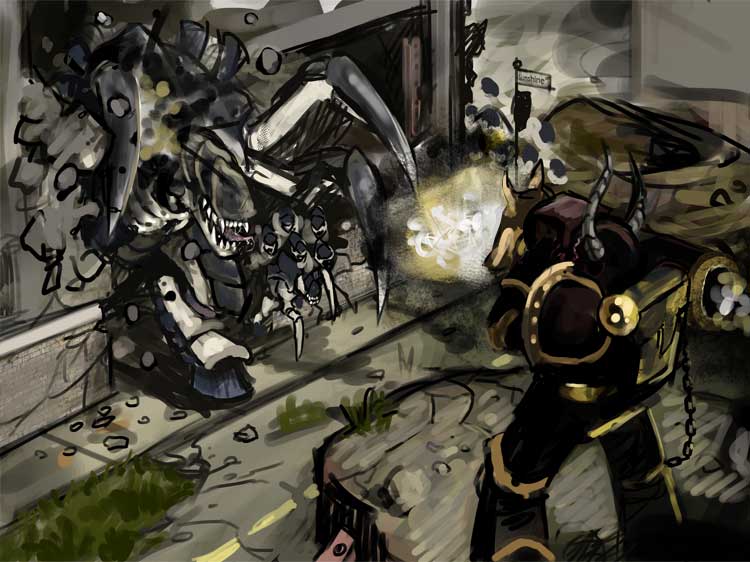 Update on this one… 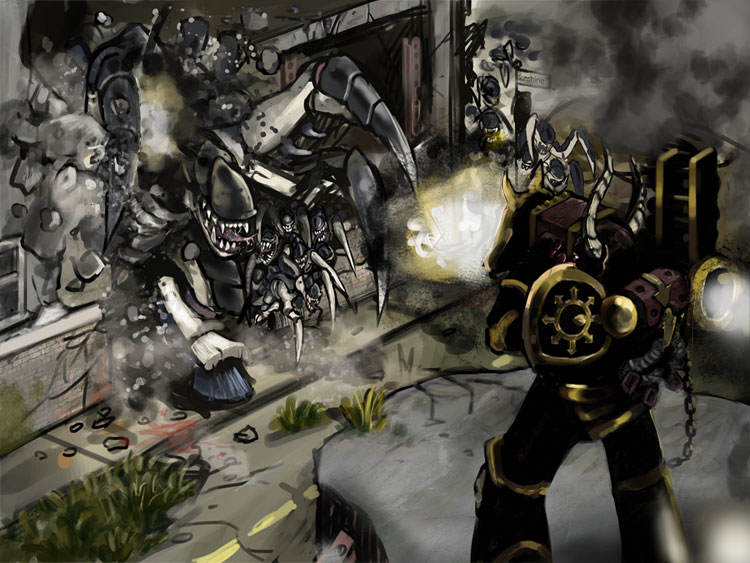 Wow - such an improvement over the course of this thread. Am very impressed - your hard work is obviously paying off as it’s all coming together really nicely. Great stuff.

Tonik: Thanks a bunch man

I was hoping this little sketchbook would after years tell my story from a dude who draws occasionally into a professional artist. Well see if I succeed, but its guys like you who bump in here and encourage me that makes me feel I might be able to do it 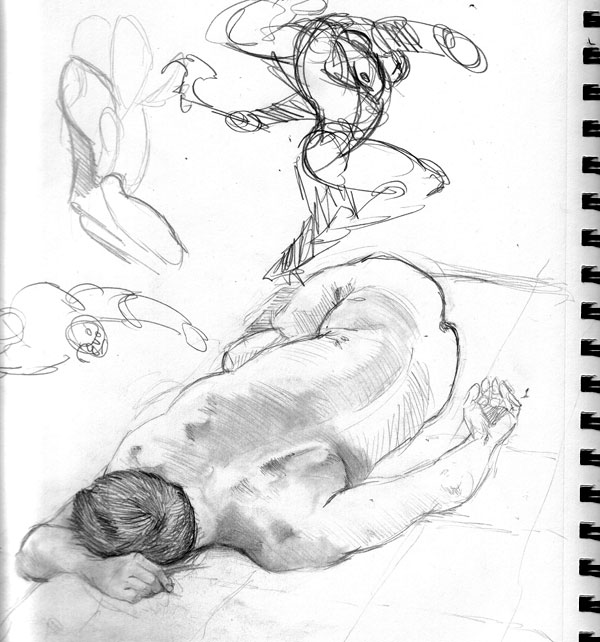 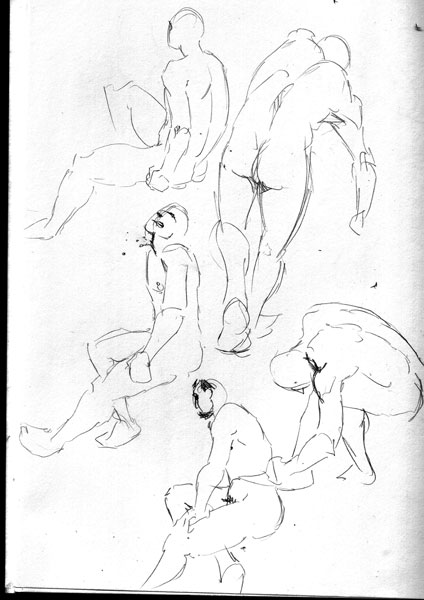 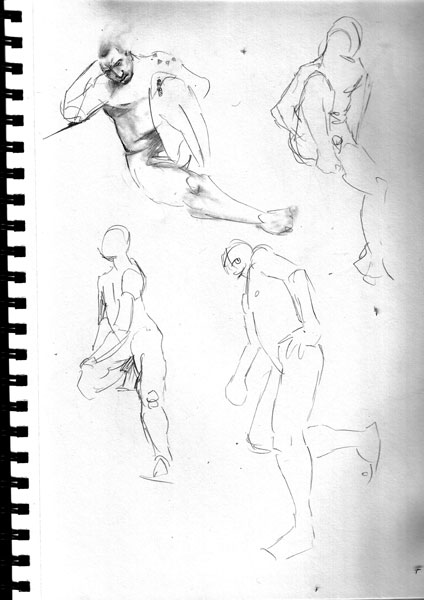 I also started this. I wanted to make a cool looking character for my demoreel. I’ll probably just rig it do the things I need and animate it just to basically stand around and pose.

I’m making a game at school. Its now somewhat finished, just have to polish it a bit.

Haven’t posted for a while…
The lack of a working scanner is a big reason, but I have also been really busy.

We are having this project thing at school with the finnish tv channel 4. We are making 2 characters for children’s programs. I was put to the concept art team as an AD assistant, so I have been painting and drawing lots of concept pictures.

Before that though, everybody created 2 characters, and the guy from channel 4 picked his favorite. Mine didn’t win, but here they are anyways: 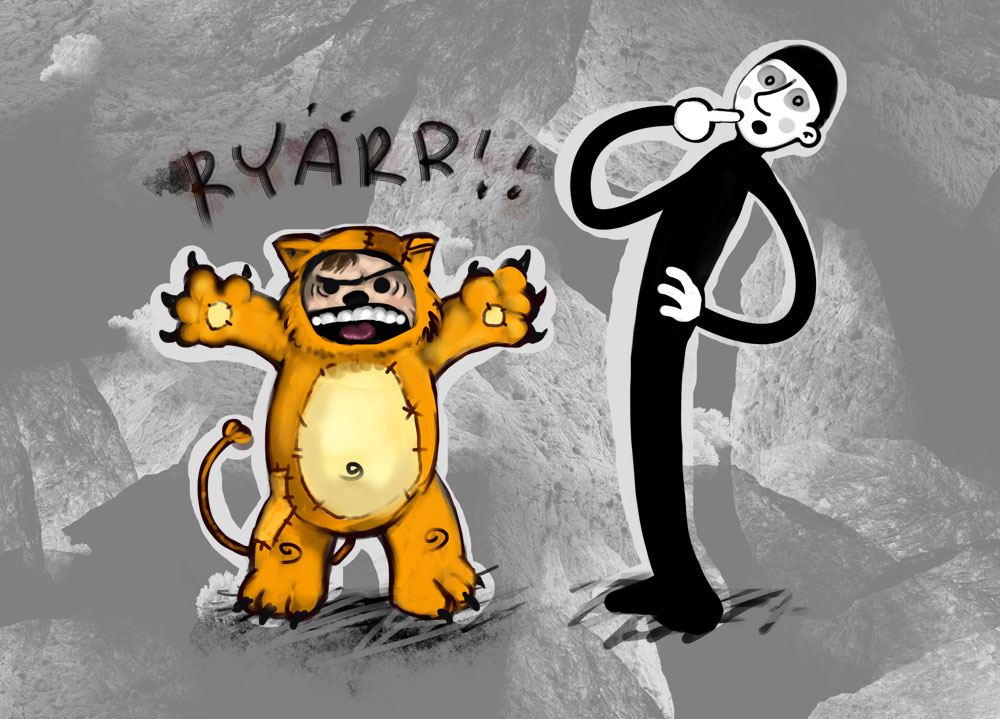 Here are some of the concept pictures I have painted:

(Sorry, had to take the channel 4 concepts away. As I think it might not be ok to show them before the thing is released.)

We also attended the fall ACM SIGGRAPH in Helsinki, and I met a guy from Futuremark, it’s a relatively big gaming company in Finland. I asked if I might be able to have my work placement for school in Futuremark next fall. He gave me his card and said it might be possible. Of course he wants to see my portfolio before that, so I have tried to get that together. Here is a character I’m going to make:

Love it! This last one green creature- reminds me of the sloth from ice age. :buttrock:

Intervain: Thanks a lot!
I think I might even like to be a real concept artist some day, being in this project has been really fun

He’s actually Hiisi, a creature from finnish mythology. Kind of a spirit or magical creature who some times have dragon-like features. Also in some rare cases orcs are translated as hiihis in fantasy books. 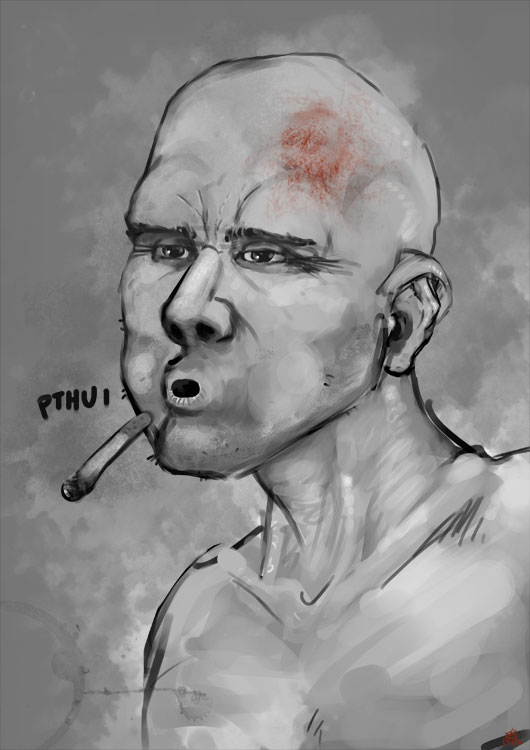 Started throwing my demoreel together and got this 1.0 ready last night. I’ll have to polish it up a lot today though:
[Demoreel 2010](http://karetar.net/demoreel/index.html)

Started painting this after playing Fallout 3. A friend of mine said that its fun to create female characters, because you can then paint them

Well, shes not my character, just someone I came across in the game and thought looked… paintable 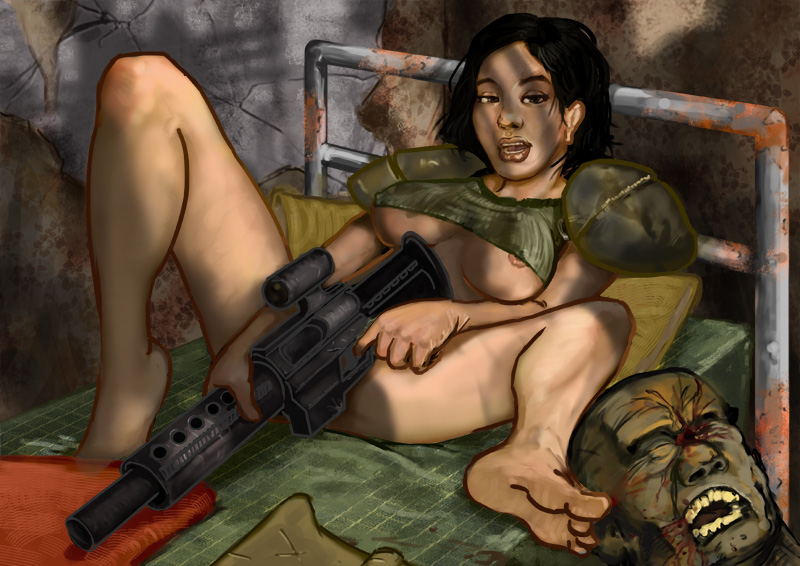