[sdk] Set pivot on a mesh

Is there a way to set the pivot point of a mesh ?

How would I do the following on a mesh ?

I thought I had resolved my problem but I’m not, I have tried everything I can think of, But I haven’t found a solution, Obviously I don’t know enough.

Can some one please suggest a way to do this ?

Please look at the following image 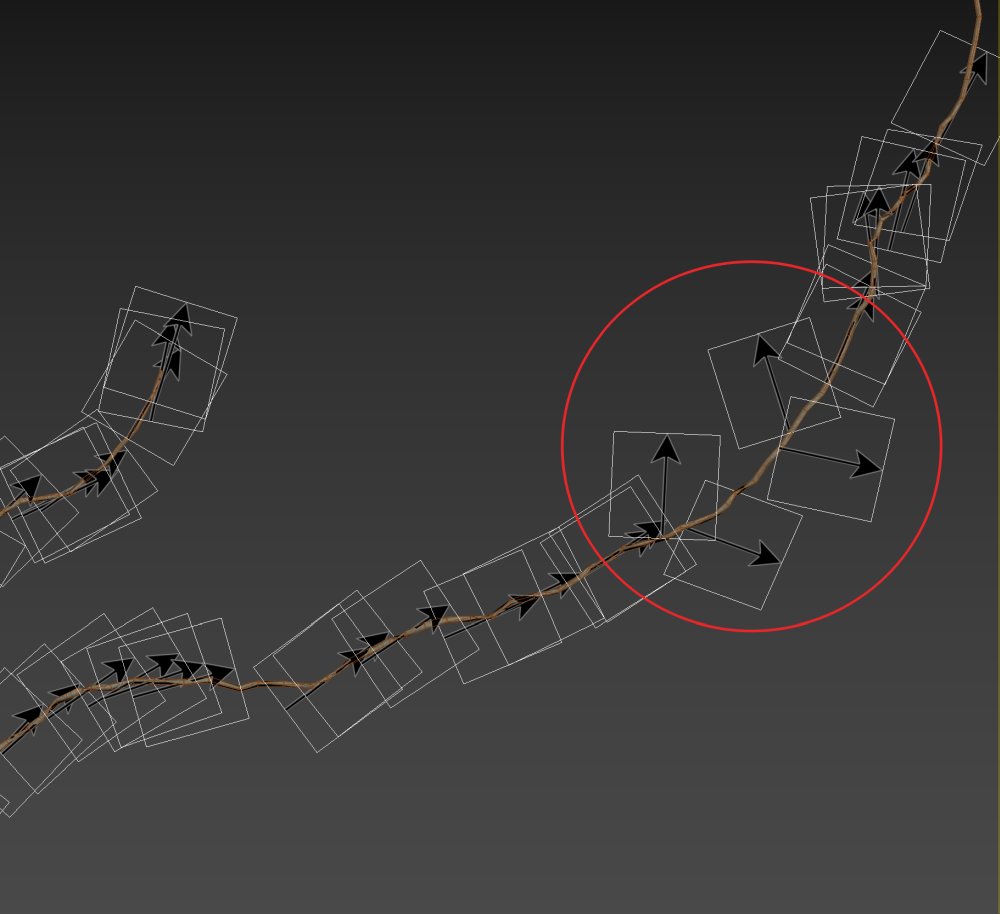 There were 3 things I wanted to do. Align them first to the surface (done), then to the grow vector (done) and the last which i haven’t been able to do is to rotate them like the ones in the red circle which I rotate them manually inside max.

This is what I’m doing now.

and specially a their pivMode option

I can’t since I don’t have an INode, Just a Mesh that was created by converting a Plane to a Tri then a Mesh.

Just a mesh doesn’t have pivot. The Pivot is a thing of Node only. That means we talk about something else.

I know the INode does not has a pivot, That’s what i’m trying to replicate on a mesh. Trying to rotate the mesh about an specific point but i haven’t find a way to do it, I’m guessing it has to do we the matrix but i don’t know how.

You have to rotate the verts of the mesh about your point.
Maxscript version for editable poly:

I will see if i can make this work on c++

I finally got some time to work on this again.

I was having a hard time understanding how the code works but i found this post by bobo How to rotate subobjects using script ?
it has some comments so it was easier to understand plus it works in local space., AN was able to get it to work in maxscript but Unfortunately I have not been able to reproduce that effect in c++