In C4D, is it possible to have multiple cloners cloning the same object? Here’s an example of what I mean: 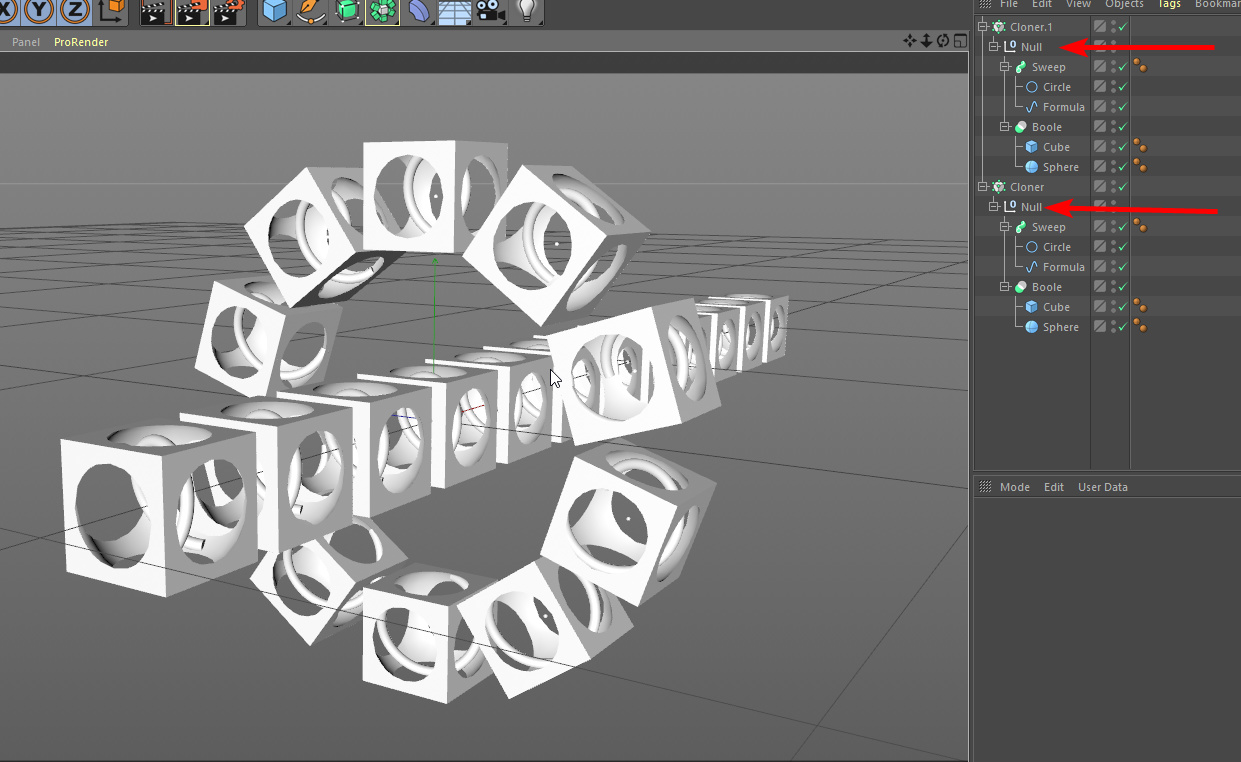 In this setup, I have two separate cloners (each of which have different properties), but they’re both cloning the same complicated setup of objects. As soon as I make a change to that setup, I would have to change it twice since I have to have a copy of it for both cloners. Ideally, it would be nice if I could only have one copy of the object and have both cloners reference it somehow. (I would like to only have one copy of the null hierarchy).

Creating two instances of the object and putting them both into separate cloners should do the job. The changes to referenced object will be applied to all instances.

I’m sorry, but I don’t quite understand how to do this. I don’t understand exactly how I create these two instances.

I would only create 1 instance and keep one Cloner as the original set of modeling otherwise you will need to manually hide it because you can’t disable it in Object Manager otherwise the Instance won’t work.

Instances are created by clicking Modeling Tools icon (or Create>Modeling>Instance) and choosing Instance.

In your case, select the first Null in your Object Manager, click Modeling Tools and choose Instance, then drag that instance under the second Cloner and delete the second Null and all objects under it.

Above is for R20 or below. Icons/menus are slightly different in R21, but hopefully this will guide you. 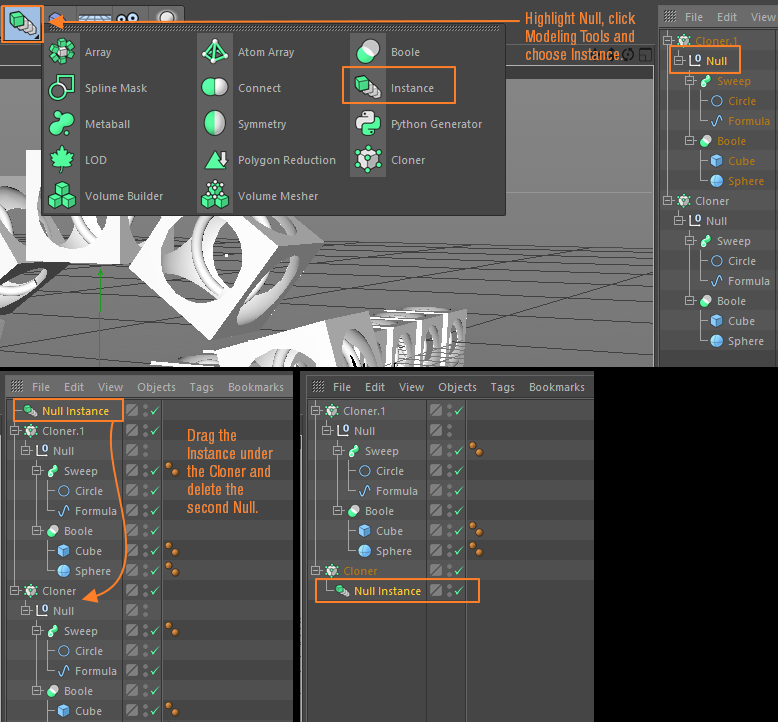