I’m hoping I’m just rigging incorrectly and someone will be able to recognize the problem and point me in the right direction. I’m trying to bring XGen Interactive Grooming Splines into my pipeline, and I’m having some trouble getting it to animate consistently.

NOTE* I’m only having this problem with my scalp grooms. Smaller grooms like brows are animating correctly by applying a Geo Cache to the XGen description’s host mesh, which has been obtained separately by caching animation on a duplicate mesh that is Wrapped to the animated character mesh.

I think the problem has to do with the fact that the scalp grooms are created using Guides from existing curves. The working grooms don’t use a Guides modifier. The problem arises once animation has been applied to the mesh hosting the XGen description. Visually, the erroneous ‘popping’ always looks the same and is reproducible. The scalp mesh has clean history, no transformations, etc.
I have attempted several rigging configurations on the scalp mesh with no joy. They are as follows:

-apply Geo Cache to host mesh, as described above.

-imported animated character rig (meshes + skeleton) into groom scene with namespaces and used a Wrap deformer directly in the scene.

None of the above methods were successful at totally eliminating the wonky animation. Attached are images showing what’s going on. First image is the groom, second is what the Guides look like at frame 60 using any of the above rigging methods.

Thanks in advance for any help!! 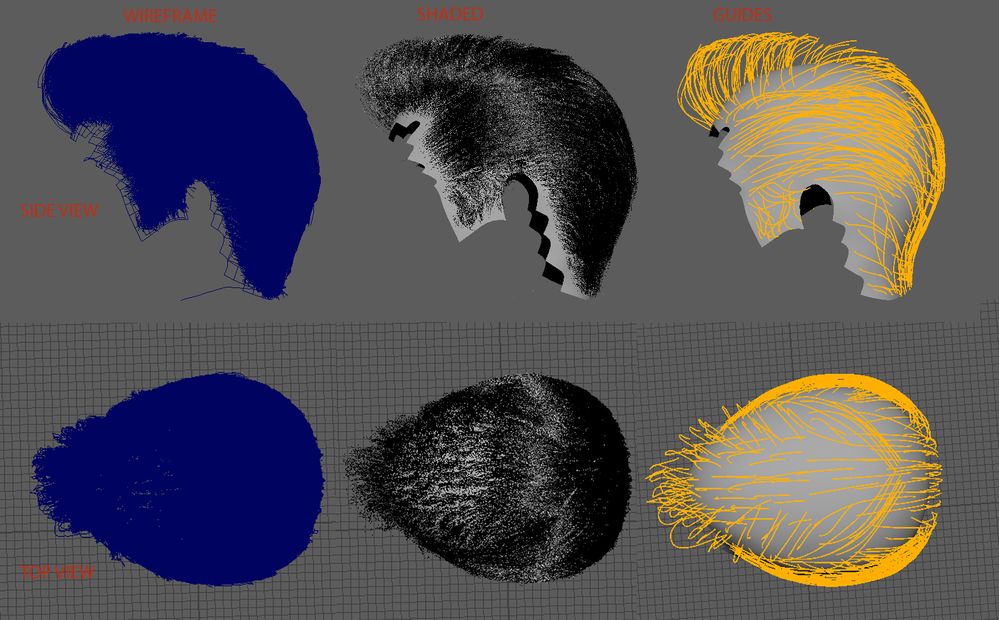 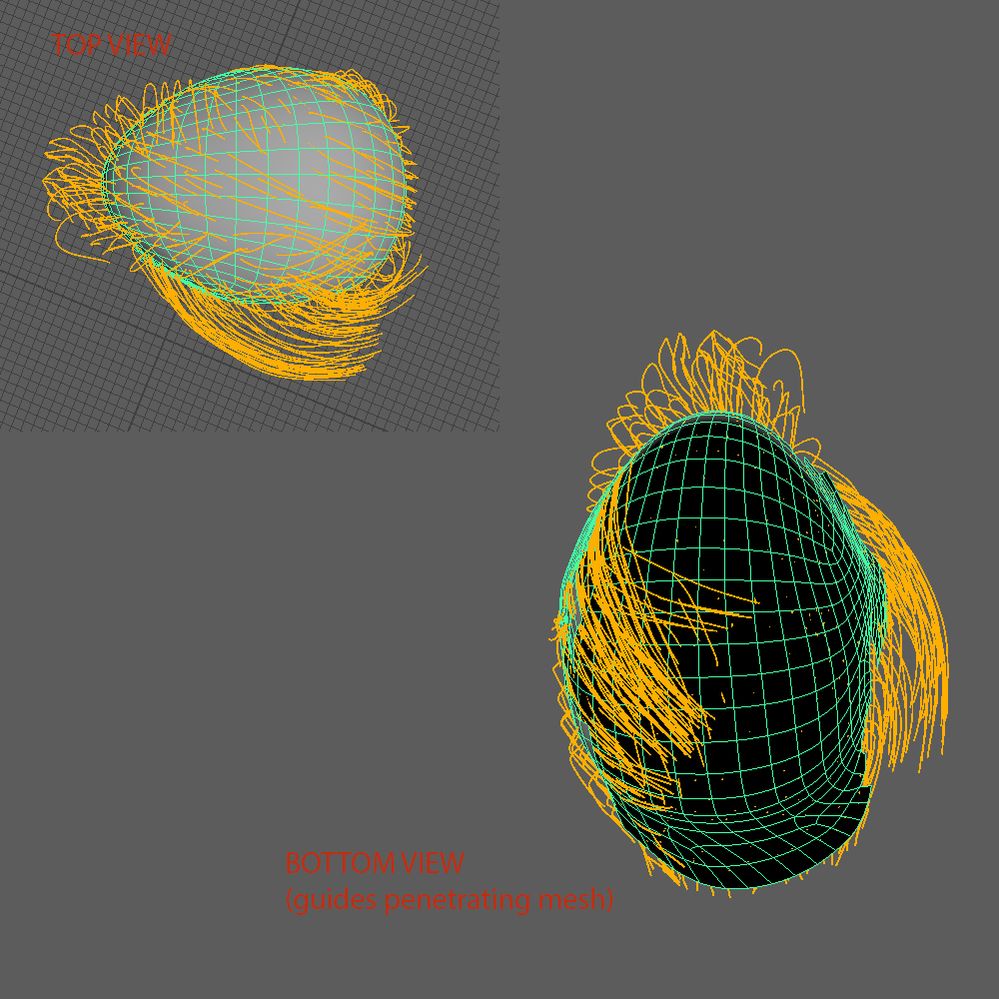