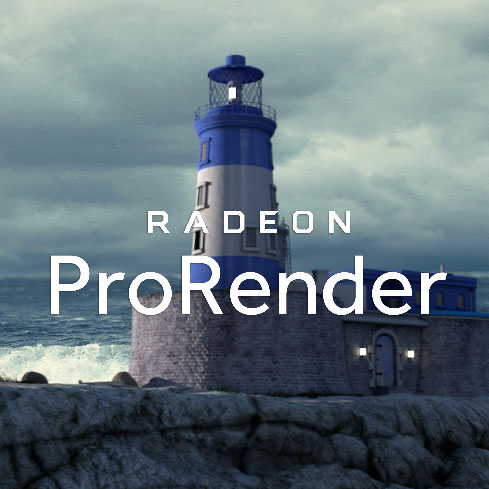 It's been some time since we've dug deep into the performance of AMD's Radeon ProRender, so with the latest version now supporting heterogeneous rendering, the time is right to get to business. Included within is performance of 15 GPU configurations,...

Look at the charts.

If Apple and nVidia ever play nice, I’m sure there are a lot of Mac users ready and willing to buy RTX cards to put into eGPUs for Redshift.

Otherwise, the only other option is Octane. Otoy had another demo they released a while back and teased “headless” rendering on the Mac:

“basically run network slave on NVIDIA card, and Octane on MacOS will work when it connects to it, without needing an NVIDIA card on the mac itself.﻿ as long you have at least one cuda device in the network - but it works well even in Wi-Fi, so e-GPU is not really needed﻿”

They keep saying they are porting to metal and showing signs of it, but nothing has come of it yet. Headless rendering may be out in a few months.

From Otoy’s video on youtube: “And finally - there is a wonderful surprise for our MacOS users at 3:10 seconds … (that Metal work we started 18 months ago is finally starting to pay off).”

strangerthings - how’s that hackintosh running? what are the specs, what was the cost and was it easy to build and get running?

Asked about OSX support on the redshift forum - this came back straight from the dev:

Not quite ready to make any announcements about that but it’s no secret that we’ve been looking into things like AMD and Metal for some time. But, as we typically do, we need to know that something is (at least) possible before making any promises. Once we have some concrete information/results, we should be able to make the necessary announcements.

Be still my beating heart…

You have to think that, with suitably smart developers, there are no algorithms that can’t be made to operate on any number-crunching hardware. Just have to figure it out that’s all… Fingers crossed!

After spending my whole working life on Mac’s I have come to the realisation that for a long time now a PC with Nvidia card or cards is absolutely the way to go. I had always seen these shiny renderers advertised and made my way after initial excitement to the system requirements only to have my joy dashed. So unless there’s news from Apple that they will wholeheartedly support Nvidia ( newsflash highly unlikely) or that Redshift will be able to be used on other vendors cards, this is just more of the same. I mean I think this is an interesting alliance, but I hope it doesn’t mean that Maxon are giving up on the Mac user base. It would be fascinating to see the numbers of Mac users of C4D compared to PC users. I am pretty sure that that figure is quite one sided. High profile Mac users like Greyscale Gorilla finally moving to PC really shows that there is only one way to go if you want GPU rendering in my opinion. I even specced up a PC gulp. I was holding out for the new Mac Pro, but really I think it will ultimately disappoint, yet again.

Paul Babb says that Redshift is investigating what it will take to support native Mac hardware.

@redshift3d is investigating what it will take to support native Mac hardware. They are certainly aware of the #Cinema4D community on Mac.

We don’t even really need that. Just nVidia drivers and CUDA on the Mac.

My pessimism makes me feel like if Redshift is looking to port to Metal on OSX, it will always be 18 months away, like Octane. Always just out of reach, always appearing in some new Siggraph or NAB presentation, but never releasing.

My pessimism also tells me it doesn’t take a company with Apple’s resources 2+ years to develop a tower. They are going to make an over engineered, over priced monstrosity and put a Vega 56 and a Xeon in it for $6,000.

Anyone know the best place to sell a Mac?

Stable as a rock. Everything works even Handoff / Apple Watch login / Messages

Really easy to setup if you can follow an install guide - I bought all the main kit from a “Golden build” and it just worked for the most part - worst thing was that the Samsung Evo PLUS M.2 sticks just plain do not work on Macs - crash a lot… I didn’t know that so sent them back for the Evo pro and they pretty much the same real world speeds anyway.

It’s about 5% slower than windows… but who cares… I don’t have to use windows… I’ve installed on a drive it for VR stuff and damn I forget how horrible it is for workflow. And the settings/control panel are complete mess.

Redshift and Octane will become platform independent. CUDA is a proprietary hell. Expect to see AMD / Nvidia / Metal / iOS even soon… but how soon is anyones guess. But the race is on.

I am stuck on latest High Sierra (forever?) at the moment with the 1080ti - no WebDrivers for Mac on Mojave. Doesn’t really matter for me. If Redshift / octane support metal / AMD then things might change - or that Mac Pro surprises us all an has Nvidia as an option. I wouldn’t be at all surprised if that’s a WWDC “one last thing”

Would I buy one over this… hell yeah. Even if it was 10K ( It’s a work tool after all - a gardener would spend twice that on his pickup alone)

Hackintosh are ok… but it’s basically like an even more complicated windows to setup - I want to make 3d stuff - not I.T. support Hence I have a working setup and then turn off all updates - MacOS etc just incase it borks it. I do leave the C4D and Adobe stuff to update. - that’s always been fine.

I predict RS will stay as an independent purchase through the R21 cycle but then gets included in the package with R22.

It doesn’t make sense for Maxon to support two, three, four rendering options…and they can’t sell something half-baked to new customers that lacks a built-in modern renderer. In time the chaff of ProRender will fall off and fall away. Maxon will want tight feature integration that can only come with product merge.

But I do also believe Maxon will honor the future dev of the plugin with other DCC apps.

I’ll be delighted if R21 ships with RS built in…but doubt that happens. So for 18 more months at least I’m an Octane guy.

@IceCaveMan I don’t see why R21 couldn’t just ship with the existing plugin. They may make it just for Studio only for R21. And then they could work on fully integrating it for R22 or R23 so that it sits directly in the main viewport. But as far as shipping it for R21 that feels like a no brainer really, just include the plugin and away we go. Fingers crossed anyway since I don’t have access to Octane 4 (stuck on 3). Great initiative by Maxon on this. Excited to see what happens in future and any other possible acquisitions.

I hope you are right. They are typically cautious and concerned with quality management - a good thing. I don’t know how long this has been in the works—maybe this has been folded into the plans for awhile.

I don’t think this should be a Studio only thing if they do include it. Everyone needs to render. Perhaps there could be studio only features like subsurface scattering and such.

They will not include it until it works with non-cuda gpu’s.
This is what c4d is known for: total compatibility whatever the hardware.

That’s a very good point. Maxon has always held tightly to platform parity. That might keep it as a separate purchase for awhile…sigh.

Apple is making things difficult on everyone, it seems…hurting not only their own customers but PC users in this case.

I also guess Pro render will get scrapped in the mid term, once RS is ported to Metal and MacOS.
Big failure for AMD.

It will remain a separate purchase. May be free later on - but ongoing support only for MSA extra later on?
It will stay available for the other DCC apps - Huge money maker.

It may get a dedicated integration for 22 - Render view / GUI integration / C4Ds Material node View But quite honestly it doesn’t need to change beyond some simple changes to the RS IPR look and feel - it’s tightly integrated already.

Pro render is not awful - just playing catch up and RS is way ahead. Now I don’t know if they will remove it - Maxon don’t seem to do that! Just left to fester! ahem Thinking Particles.

Agree about ProRender. It’s already quite powerful but just needs the years of refinement that Octane has had. At some point I think, with Maxon’s help and investment, Redshift will work on Metal and will, eventually, be an integral part of C4D. In the far-flung future, it may even replace the OpenGL viewport…

After all, it’s still early days for GPU rendering – Octane has only been production-useable for a few years and Redshift only came out of beta in late 2017. I panicked a bit yesterday knowing I couldn’t run Redshift, but we live in exciting times; just have to be patient.

Wow this was an unexpected announcement, given that it hasn’t been that long since their move to ProRender. I’d look at this a few different ways:

Hi,
it’s an interesting move.
I can’t see any reason why redshift shouldn’t continue development for other programs. If something is selling then why not continue to sell it(I have only a vague idea of how business really works)

After all Autodesk Arnold still works with c4d(played with the trial of that recently and it’s very good), though it’s pretty pricy.(£600/year). Though of course autodesk’s history of dumping things is always a worry.

C4D does need a good “realtime” renderer(pro render not withstanding). I’ve been playing around with blender 2.8 and though I’m still having a few problems getting used to the interface, the fact it has two render engines(eevee and cylces) and is free is something that maxon need to consider(bearing in mind the price of studio). The one thing c4d has really going for it(not really tried out the fields or volume modelling stuff properly) is mograph, not found anything as easy to use as that.