Hi Jermy,this is my first entry in cg talk…pls chk it…

Hi all, im really late, but let’s see how far I can go.
I started to work two days ago, so i alrready have some images to show the progres.

This is the first aproximation, i was looking for a good camera angle.
2min 44sec, mental ray, FG, phisical sun and sky / Maya 2009

I tweak the camera a the light direction a little and start to using some mentalray plane shaders, i tryed with more FG rays to get a better aproximation
15m 21s

I started to place some area lights with portal light nodes and also rotate the dinos a little bit. the render time increase a lot because of the portal lights.
6h 28 min

The same as last one, but even more area lights/portal lights and more render time
9hours 16min (I let the render all night so I abuse a little on quality settings

I finally placed all the portal lights i need (48) and applyed some textures as well as tweaked the FG and light shape settings to get better render times without loosing to much quality.
6hours 41 min - FG only

I appreciate any C&C.

This is my final entry, thank you for you comments Jeremy it really helps.
Your critiques are still important so please feel free.Because i saw this challange to late, time was to short. I hope the next challange will come soon.

Hi, Happy new year to everyone. This is my last version for this challenge. It is made with blender. I have used its internal renderer and compositor, for the DOF and lens distortion effects. There is also a bit of grain in the image. The lighting itself is basically AO with spot lights. Texturing and shading are very simple UV mapping and some procedurals for the skeleton of the dino. I hope you like it.

Thx u for your comments Jeremy. Here is my final version for this competition. Iam pretty sure i will rework a bit the scene after the competition, to get the final result i want. But for know i pretty happy with the result and the 4-5 Days of work.

thanks for all and this nice competition, cant wait for the next one.

This is my final version for this shot, imho it got some more definition
in areas that lacked some shadowing before.

Here’s my final (?) image. Rendered in Max w/ Vray and composited in Photoshop. Comments and critiques are welcome and appreciated. Enjoy.

JBrant - Nice image! That woman looks really evil, like she’s commanding the t-rex. The stripes of light on the stairs don’t seem to be shadowing correctly, as if the stairs themselves don’t cast a shadow.

visua - Great job! The dinos and the architecture are looking good. The glass is looking good in the display case. The glass around the dinos is lacking definition in some areas, could use some highlights and reflections. I wonder if the amount of light in some of those right alcoves could be brought down to half as much, to let the sunlit areas really look a lot brighter, and to help avoid the abrupt transition from lit to black in the corner above the right dino’s head. There are no spots

casagan - Great job! The dino reads well, good dark-on-dark definition. I’d be tempted to put some more lighting on the t-rex’s lower jaw and teeth, just to keep it defined in the center. Maybe the parts of the architecture that are lit from below in the upper frame look a bit like the light isn’t shadowing from the set as it should, and that could use more directional shadows and better contact with the vertical surfaces. Really nice work on the texture of the dino, too!

wellsichris - Nice job! The day scene is great, I just wish more of the sun and sky light hit the dinos. For the night scene, it would be better if the blue light travelled farther into the set to mix with the warm light, and there were more contrast defining the dinos.

Nelly68 - Looks good! The color balance of light on the dinos doesn’t really look like the colors of light surrounding them. Maybe some of the red on the set is too intense, too. I think the dinos could use a little more light and definintion, even if the color isn’t as blue/purple.

tempus - Welcome! That’s a good start. I think by the 2nd to last one you’re off to a good start on the set lighting. Texturing it killed some of the blue shading, I hope you can get that back. Try to make the columns on the left (closest to camera) darker for some contrast, and do some lighting work on the dinosaurs so they read clearly.

shivanande - Welcome! Strong start on the texturing, and I like the look of straight-forward ligthing on the dinosaurs. The set seems to have some lights that aren’t casting shadows, which really hurts it. The glass and floor could use some reflections.

wasimattar - nice job. The dino on the right looks good, the one of the left is a little muddy. The red carpet is a nice addition to the scene.

infectedbo - Nice job! The back window area is the best part. I like the color mixing there. Around the two doors, I wish the blue light bled in more softly and lit more of the floor and area around the doors. The right dino is subtly lit but reads well, the dino on the left could use a little kick of extra light on his head.

PS - Reminder: this challenge ends January 5. Then the next one will start at the end of the week.

Hello everyone,
My name is Ajay working as teamlead in Pixelloid Hyderabad INDIA.

I have used DOF to make the dragon standout.

Thanks to this opportunity as this will improve my lighting profile. From now on i will participate in all the lighting challanges posted by 3Drender.com

Please do comment on my work so i can improve myself.
Regards
Ajay
www.ajayvfx.com

Hi jeremybirn,
Thanks a lot for the feedback. Don’t have so much time, but here is my final entry. Thanks everyone that i have the chance to join this challenge. here is the link to my final image

Thanks again Jeremy for your comments

This is my last render, I added specular map to dinos & incresed a litle the Light for the 1st Dino. 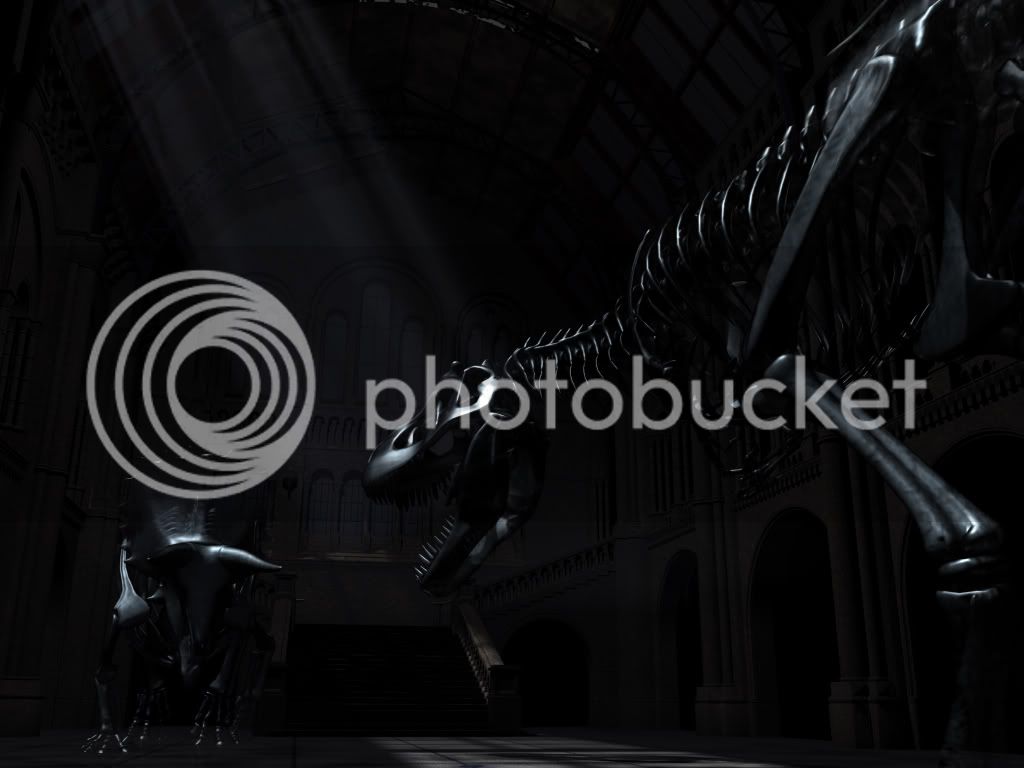 Ok, here is my final.

Rendered in Blender using an in development feature called Lightcuts to get some GI. I was also very careful to get correct Exposure concepts. This is a very “manual” thing to set in Blender, but if done correctly, everything looks quite nice.

The main idea was also to emulate the look of an anamorphic camera.

Thanks a lot for the feedback, Jeremy. It’s appreciated. And thanks again to Alvaro Luna Bautista and Joel Andersdon. Great models, guys.

Hi again. Hopefully. this one is the final version. Thanks for your comments Jeremy, I have tried to fix the face illumination. I think this one looks better than the previous. I hope you like it.