We posted about our production blog in the general discussion section a while back, but then it got moved into news and was pretty much buried under other stuff. We were hoping to have more feedback from the community so that’s why we decided to create a new thread here!

To make it short, two of my friends and I quit our job last January and started this rather ambitious 8-min 3d animated short film. We’ve been working full-time ever since on our own savings and plan to continue for a while, or at least until we’re either finished with the film or totally out of funds.

Here are two shots from the end of the film: 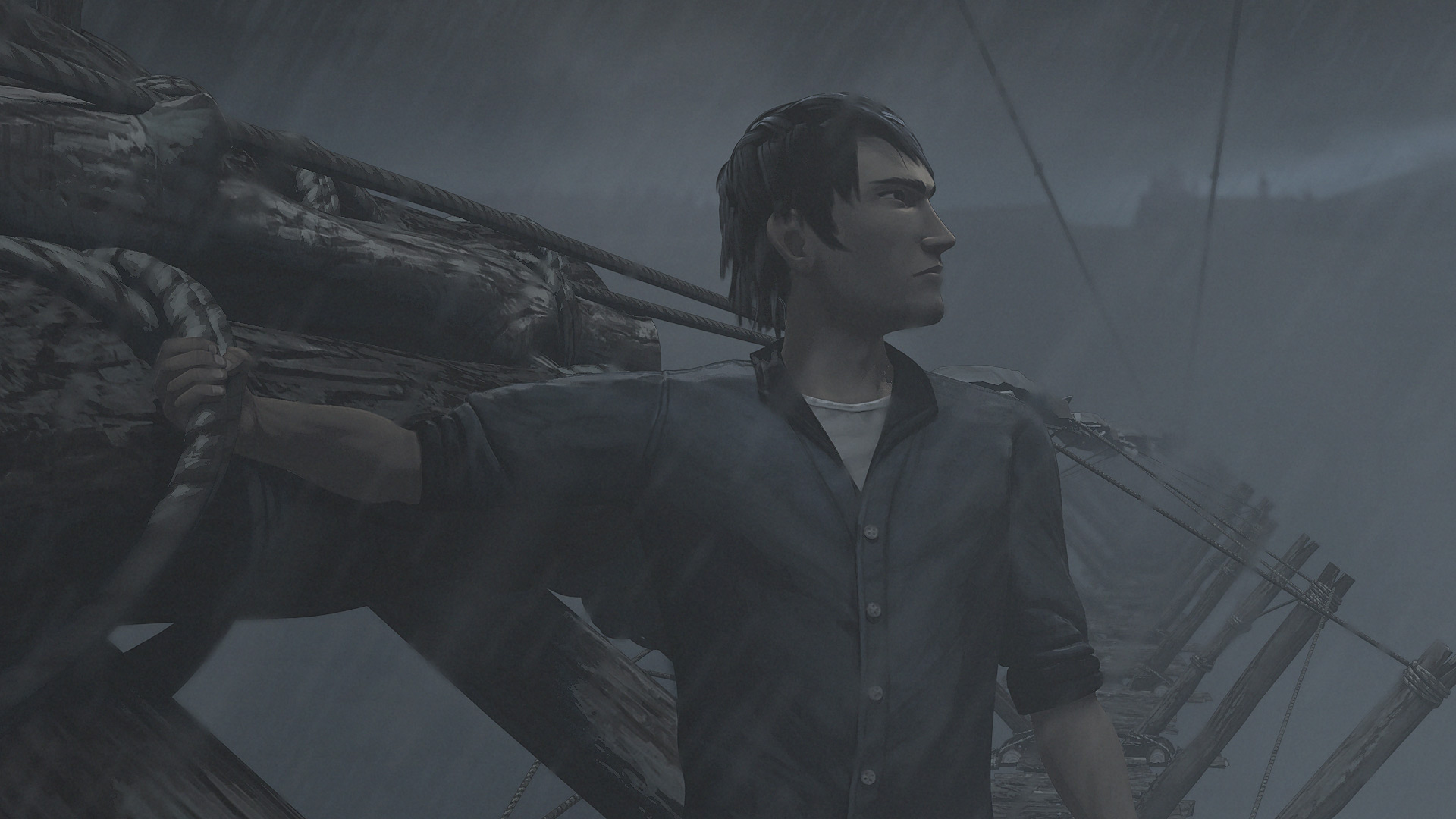 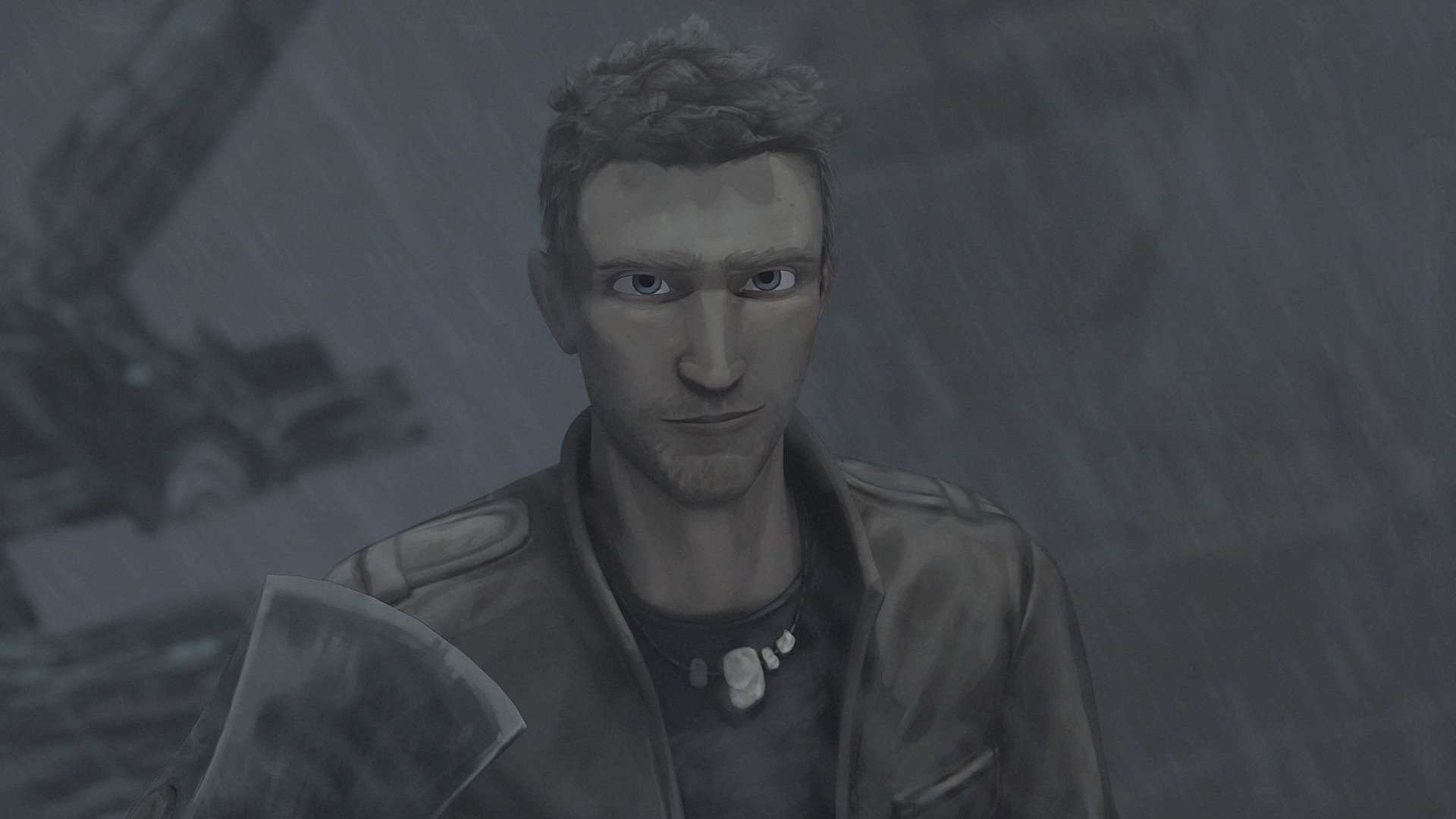 You’ll find a few renders or our characters in the gallery section, but most of the work in progress are shown in the blog entries.

You’ll notice there’s quite a few jokes and comics scattered around the blog. Even though we’re aiming to do a mature and rather serious story, we still want to have some fun with our updates!

Anyways, have a look on our website and tell us what you think!

Really interesting and cool! Ill definitely keep up with this and look forward to seeing the final short. I like the concept and art style and from the looks of your blog it seems like you guys have a lot of fun at work!

Hey, this is looking great! I really like the painterly style and the animation is very good.
It was a good idea to make the rainy shots darker, i think it looks better that way.
I’ll check out your blog some more… very interested in your progress

We try to post updates every two weeks, usually on wednesday nights. See you around!

Just to let you know we just posted a new update on our blog with the latest developments on the film! 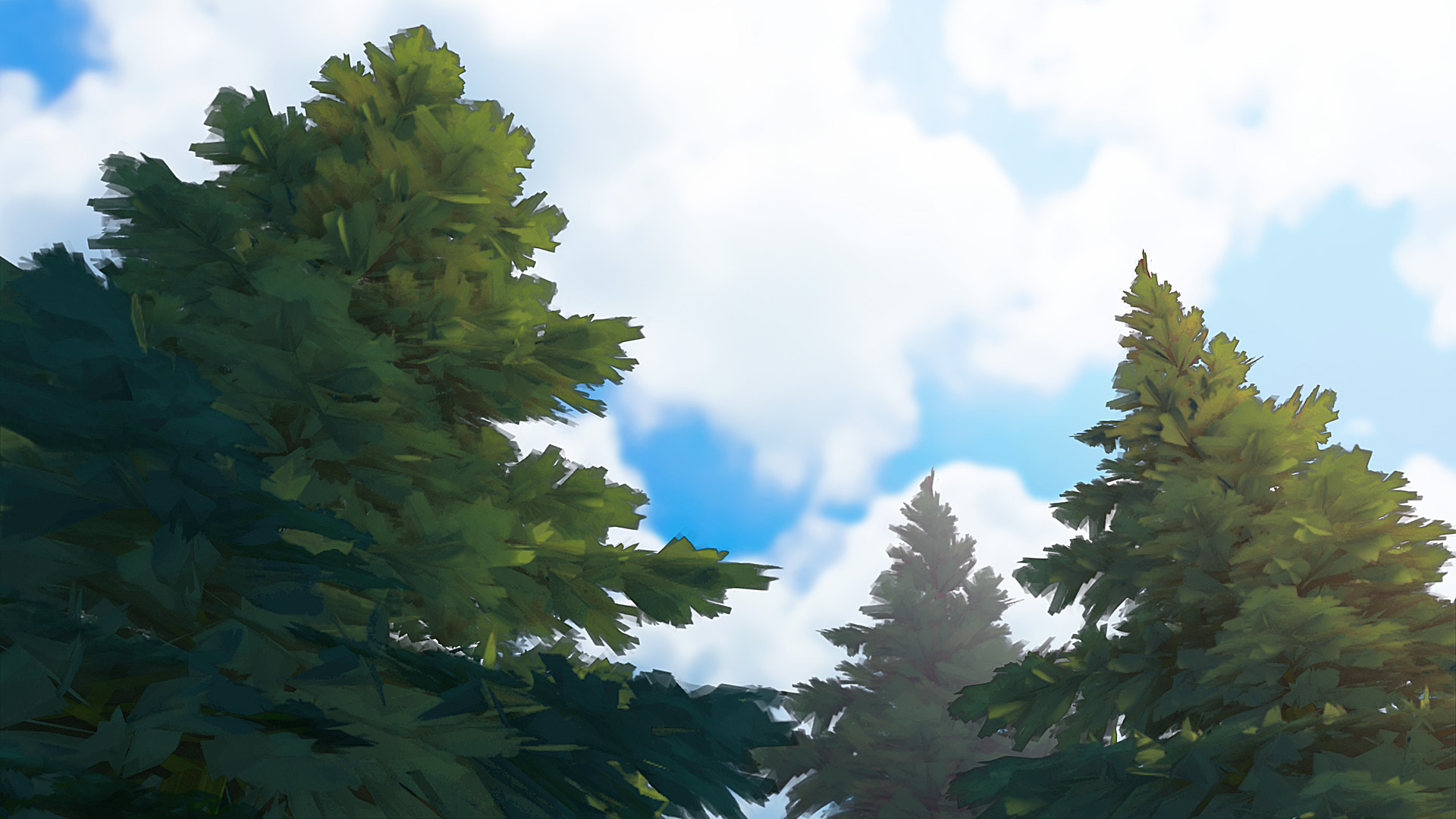 Come have a look and tell us what you think!

Looks fantastic! I love the look you guys have going and your animation so far looks great. I’m interested in how you’re texturing/shading everything - is it mostly just hand-painted textures or are you using some type of cel shading technique?

Anyway, I’ll be following this project as it comes along. Good luck!

Looks fantastic! I love the look you guys have going and your animation so far looks great. I’m interested in how you’re texturing/shading everything - is it mostly just hand-painted textures or are you using some type of cel shading technique?

Anyway, I’ll be following this project as it comes along. Good luck!

Well, there’s a lot coming from the hand-painted textures, but a very important part of our style is achieved with compositing. I guess we’ll end up doing a tutorial one day or another on the blog, but basically, it’s a matter of rendering every light as a black-and-white pass where the hand-painted textures drive the quantity of diffuse light. That way, we can crunch its levels to make the brush strokes pop out and get rid of the soft cg feel. So no cel-shading involved per se, but we kinda achieve a similar look in comp!

We just posted a new update showing our latest work on the wet ground effect.

Check it out in action on the blog ! 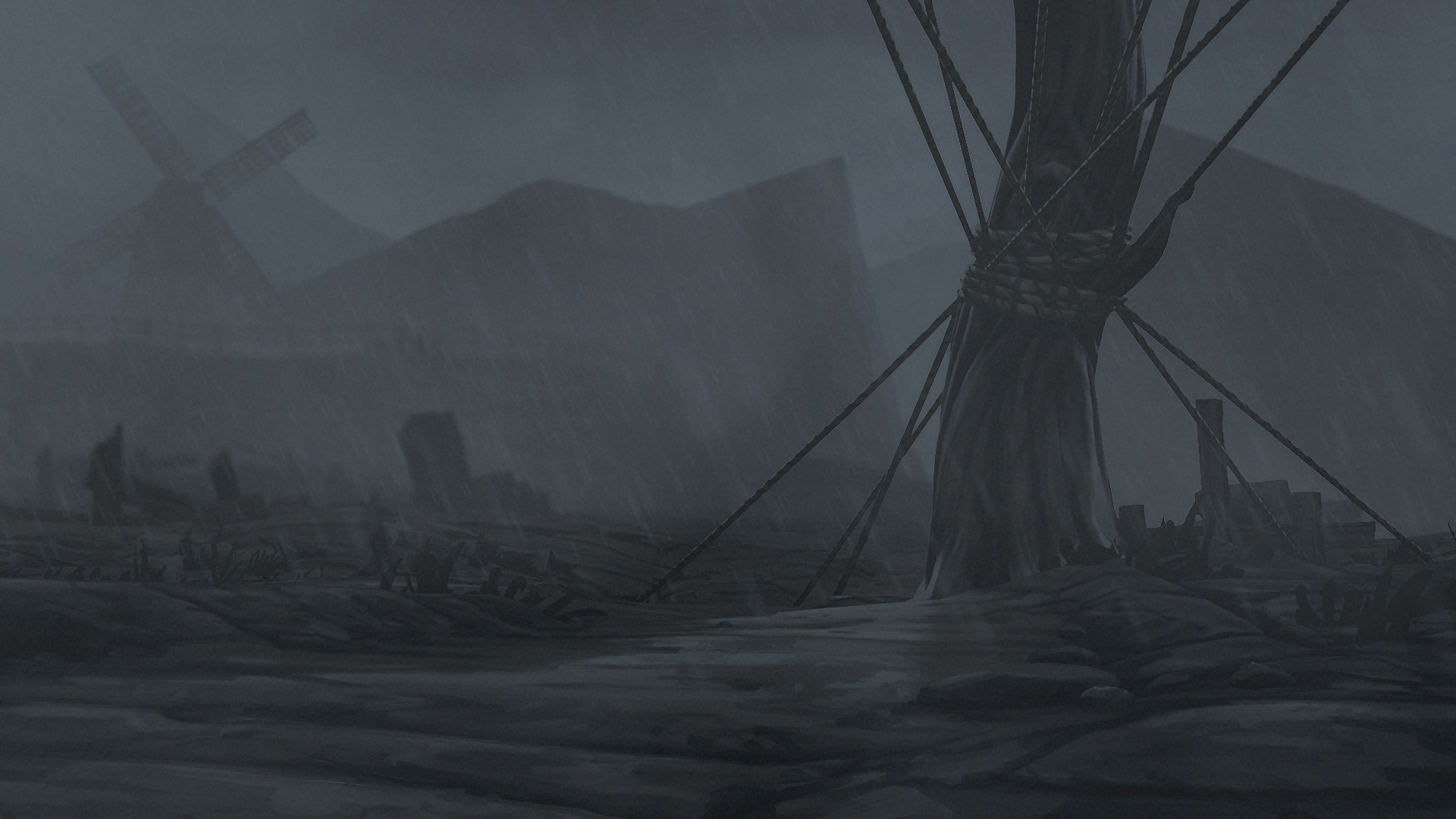 New update on our blog, this time with an overview of our camera projection technique!

You can check it out at legouffre.com . We’d be glad to know what you think! 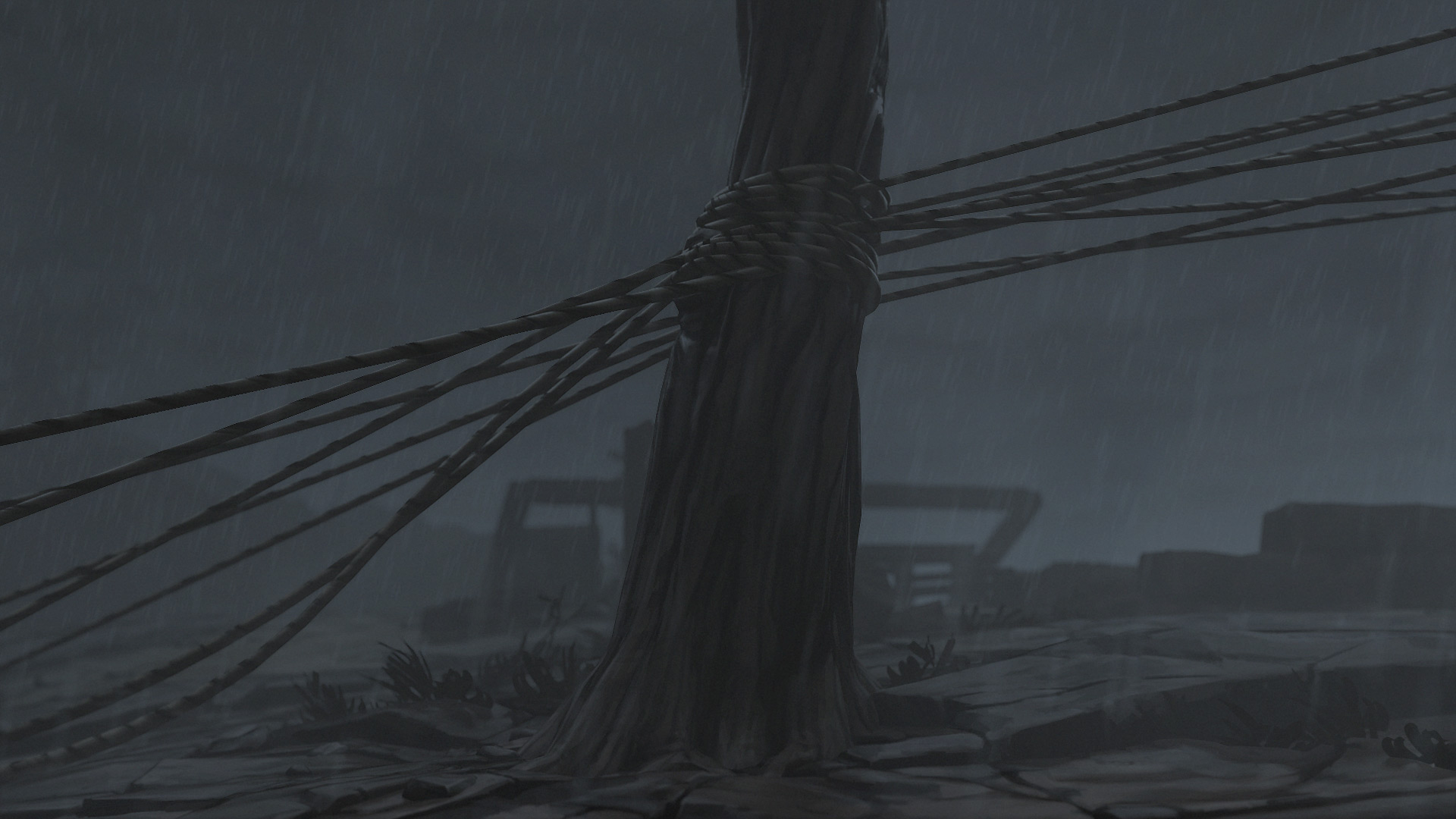 ! I love the Sketchy CG look you guys are achieving, thanks for sharing some of those insights with us :). The rain and lightning effects look really good! I am looking forward to seeing the movie! Keep on going !
Funny comics btw

Thanks a lot TekniX! We’ll do our best to keep on delivering impressive stuff!

Actually, we just posted a new animated sequence on the blog. Gives you a glimpse of what the movie is going to feel like. We would be glad to know your impressions! 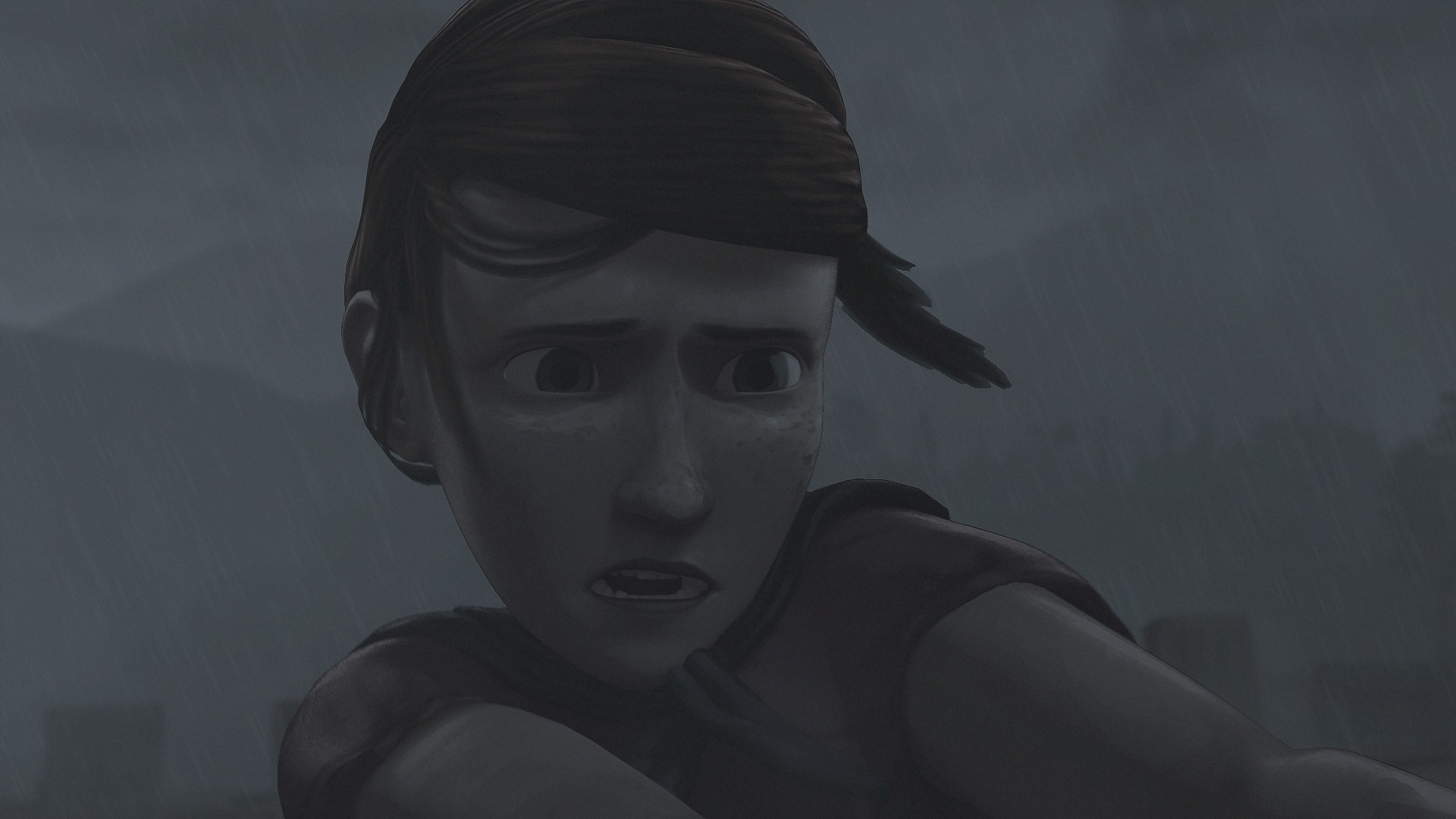 wow… very impressive ! And to think that this is being done by 3 guys all alone…
I think that the shots are very dynamic, when she jumps over the fence, cut, falling down following the “falling” movement. The atmosphere is very intense and this is very well reflected in the expressions of the main character ( which do look really good imho

) .
One thing I am not sure of, is the “wind gusts” ( particles simulating watery air flowing by ), they change direction in every shot ( which is correct when looking at the general wind direction ) but I am not sure if it doesn’t add to much agitation to the picture… on the other hand, it is an agitating and intense scene so I guess that it add’s up nicely - Did you guys do this intentionally as a stylistic element or is it “coincidence”? Anyways, this is after watching it 10 times and I did not notice any of it - consciously - the first 5

so I guess it is a minor aspect

took another look at the wind gusts, so in the first shot, we are looking at her from the right ( topview as reference) the wind blows from front to back ( in the picture right to left ) in the next shot we see her from the front ( topview referenced again ) and here the wind gusts go from left to right ( picture ) . If the wind direction did not change the particles would need to come from behind the camera into her face ( front to back - top view ) . So I guess that they are 2d particles added in comp ? Hehe, sorry I had to go and look again. I know this is such a minoooooor detail but I am trying to get good at feedback and train my eyes to see this kinda stuff so please bear with me

- and tell me whether it is 2d or 3d particles

. Plus, the fact that I had to go and check wind directions so closeup, means there’s probably no “big” issues

- so I guess it is good to hear

We do the wind gust effects with 3D particles using Slipstream Exocortex (http://exocortex.com/plugins/slipstreamvx). We manage to get good results with side shots but it’s always a struggle to get it right when the wind is coming directly or away from the camera. Thats why we always favor one side or the other. In the case of the first shot though, I think you’re right and the wind should probably come from the other side. I’ll ask our FX guy to look at it.

Anyway, thanks for the input! Looking forward to hear more from you in the upcoming updates!

This time we show our compositing process. Check it out on the blog! 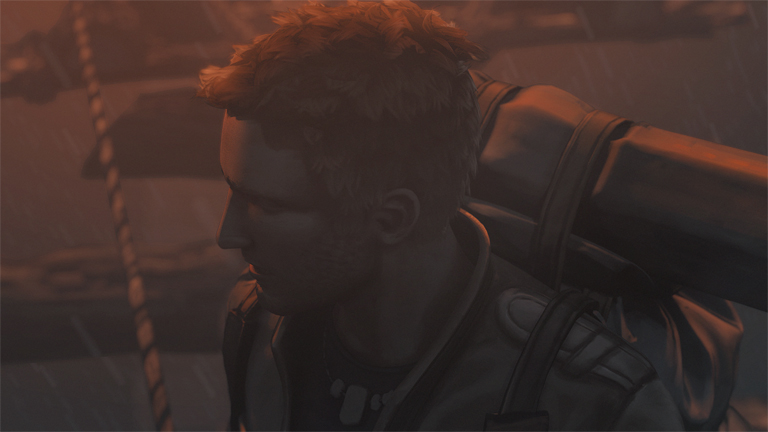 Hey guys, just to inform you that there’s a new update on our blog! This time it’s a little tutorial about the technique we use to create the rain and mist effects in our film.

Check it out on : legouffre.com

New update on our production blog! This week, we show you the technique we used to simulate wind on the clothes of our characters.

Hey guys, just to let you know that we uploaded a new animated sequence. Check it out on our blog !

Hey guys! We’ve posted a new animation clip on our blog, showing some villagers taking cover from the storm in the mill. Come take a look!

Also, here’s one of the numerous shots we’ve been reworking these last few days! 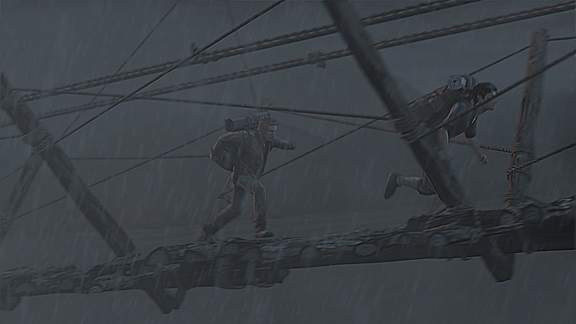 Everything is just looking fantastic so far! Great animations and great compositing!