How to recreate this alienish noisy displacementy thing hovering in the background?

As the title suggests, how to recreate this alienish thing hovering in the background of this video attachment I’ve uploaded.

The effect is a mere combination of more than one Noise (modifier) or Noise, Smoke and any similar maps that can be used along with Displacement tools. Ripple modifier may be helpful, too.

There is a Displace Modifier, in which you can assign maps and bitmaps.
Displacement operations are even better with the rendering engines’ native materials. Each material has Displacement Map slots to assign maps. You can mix /blend several deformable maps and animate them.
The only shortcoming is that, you can’t preview these unless you render an animation. Displacement Modifier on the other hand, can show the deforming geometry in the viewports, at the cost of performance, but still not a very realistic preview. (That is, you need many polygons to achieve the detail, and to see it in the viewport in realtime is a problem.) During Displacement via the rendering engines capabilities, surface tesselation is done during rendering.

The base mesh is kinda important here. The taste of this relies on the growing or “moving in one direction” effect, which none of the maps I’ve mentioned above can give. Noise is just the random waving, so is smoke, but you need the thing to crawl in air. Some portions come out and move forward, backside following like a caterpillar.

It should be modeled and animated in its mesh form, then the overlayed waving and rippling is added.
If I had such a project I would use Thinkbox Frost. It is a mesh type converting particles (and any mesh also) into a single mesh like clay. It only works on 2021 (and 2020 version works in 2021) but you can create your base mesh perfectly with this, even by using a number of spheres. See in the image how the chains are covered with this clay mesh. 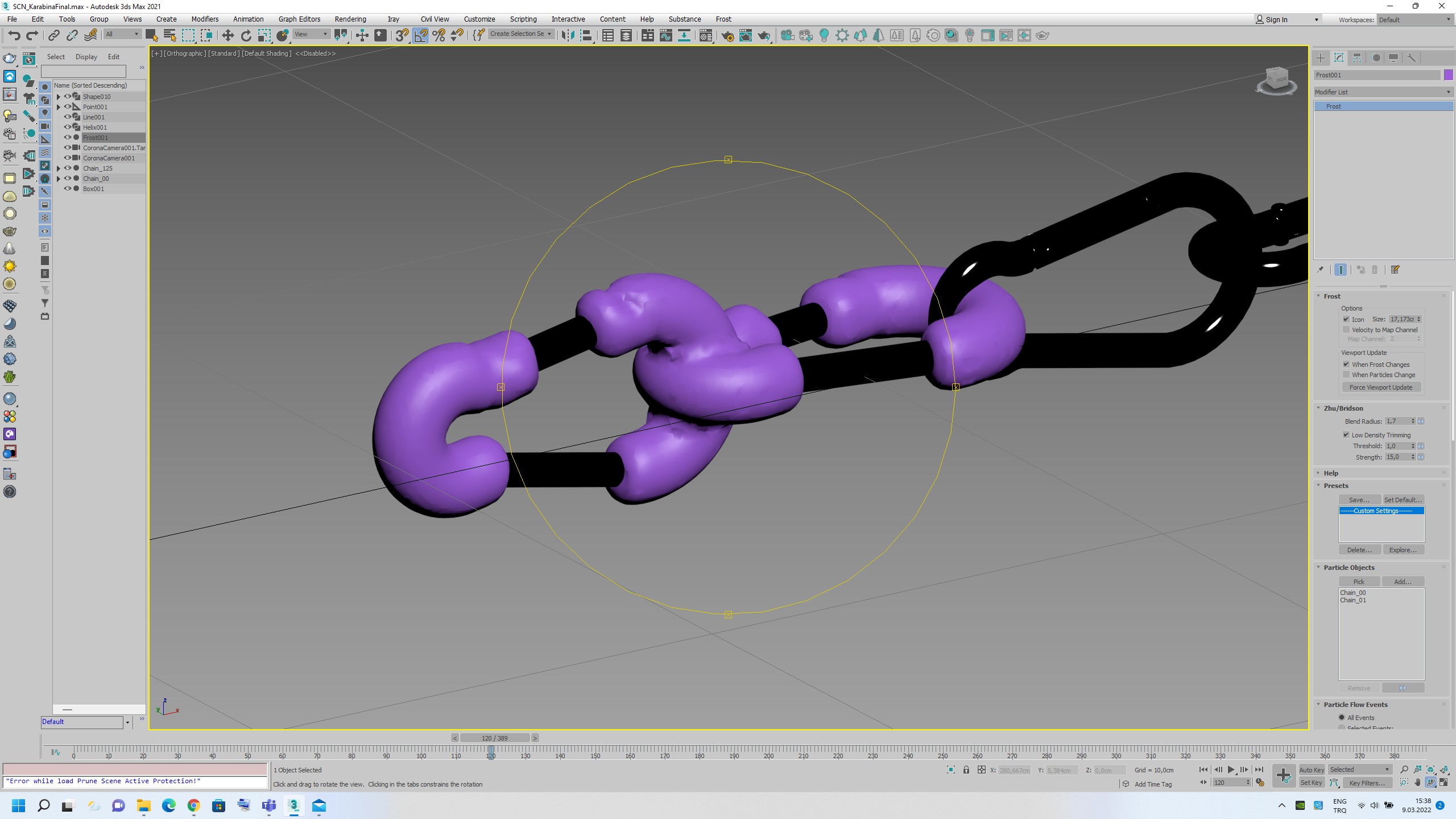