Glad to be back on a hard surface modelling challenge. It’s a great subject. I thought about a good iconic car to model: Camaro from Transformers. But then, The challenge exclude the Transformers as a choice. So I thought again and well M.A.S.K. cartoon serie had a flying red Camaro in it. Love the show as kid so I think I will show my Camaro love on that idea.

So It will be a 3D model of Thunderhawk car, but adapting it for a Live-action 2015ish movie. I will focus on the car first the moment. Getting details and doing interior.

In the show, it’s a 1980 red Camaro who has Gull-wing doors (like Delorean car or Mercedes-Benz 300SL car). Oh because of that it fly and fire weapons, how cool is that? ahah.

Keeping the gull-wing concept and the model of the car, I will just adapt the era to be a modern Camaro.

It’s totally an inspiration from Back to the Future 2 movie car car. It’s fly, same doors and even the wheels turn into thrusters. What do you think? 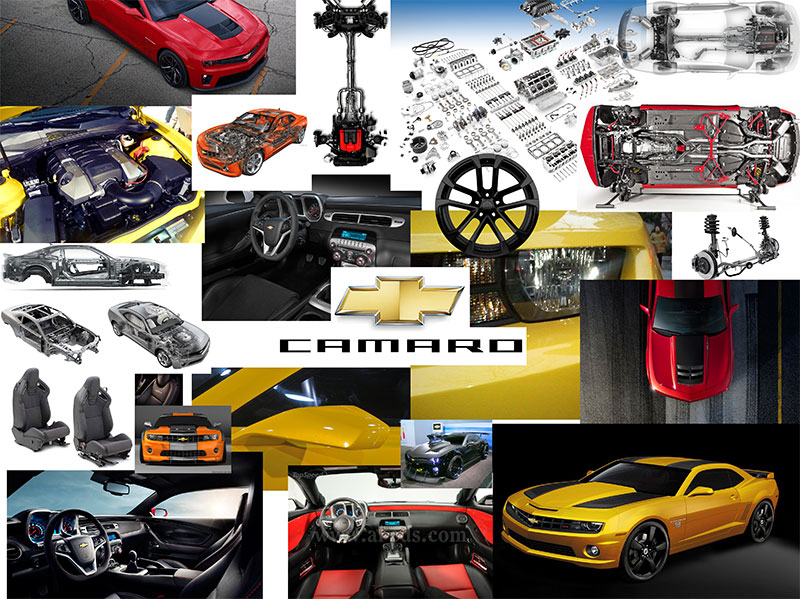 Of course I own the blueprints of the camaro 2010 model. Can’t share that since I bought it on the-blueprints.com. 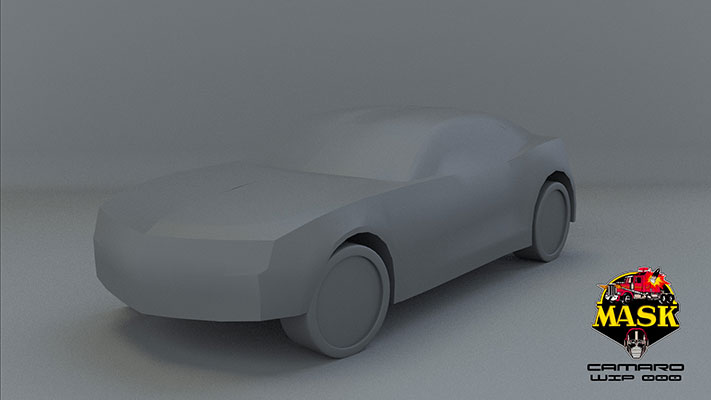 Ohhh I just look at the 2016 edition of the Camaro SS. Love the curves on the hood and the front. Need to adjust to achieve that model. Stay tunes

Don’t know the series… that was before I was born

but I like how you’re adapting the style of the old Camaro to the new! At least there is no shortage of references for a new model. Can’t wait to see it!

It was a toy serie. Meant to sell toys. My mother never bought me that mask car. I call it a revenge 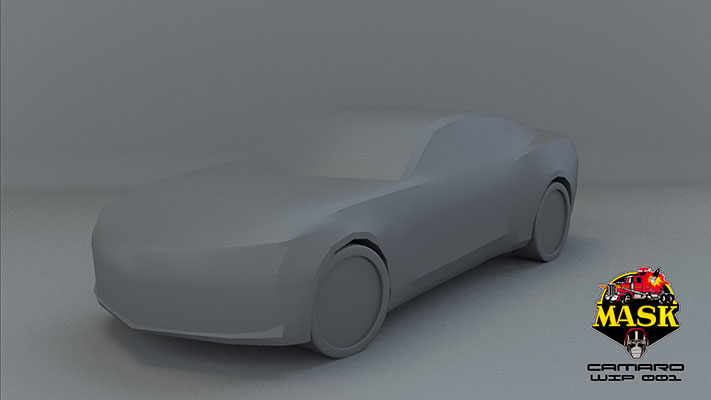 Start modelling based on the SS Model 2016.
I’m near done with blocking the main shape. SO I will block the interior next. 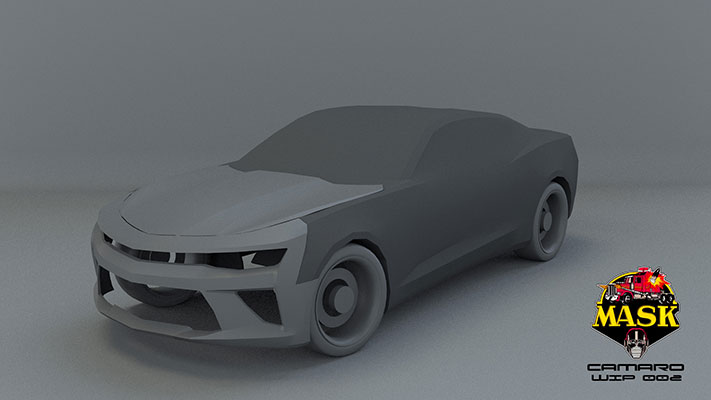 Start refine the front-end and the hood. I will leave dark gray the old parts that I wont touch in the process. So the lighter parts will be the updated parts.

Nice, i really like the Camaro, are you using Maya for modelling?

Nah I’m 100%… still… Softimage user. Sadly need to adapt for the industry to Maya, but at home 100% softimage

Hi-res of the Exterior almost done. But I just find a major problem: It will be hard to put Gull wings doors on that car: The windows don’t help at all :banghead: . I will try to fix that until my next version lol

I plan to finish it the exterior yah and start the interior.

i can see the problem, the windows extend over the doors, you could however try to split the window in order to create the wings , but i don’t know if it would be a nice way…but keep going on, your car is great!!!
good luck!!!

Just make the windows as part of the wings.
I don’t see a problem there. 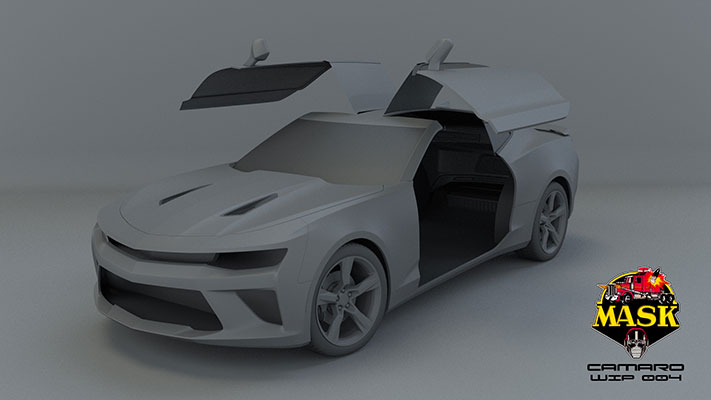 I quickly try to cut the gull wings to see how it look. Not bad. Of course need some thickness but we are getting there. 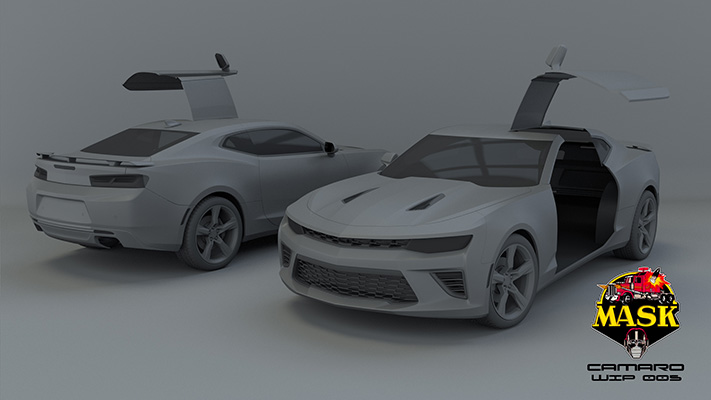 I finish the grids and headlights. Will start the interior next. But I would like to do the frame and the engine also. Maybe quick sculpt of the interior so I can do the engine 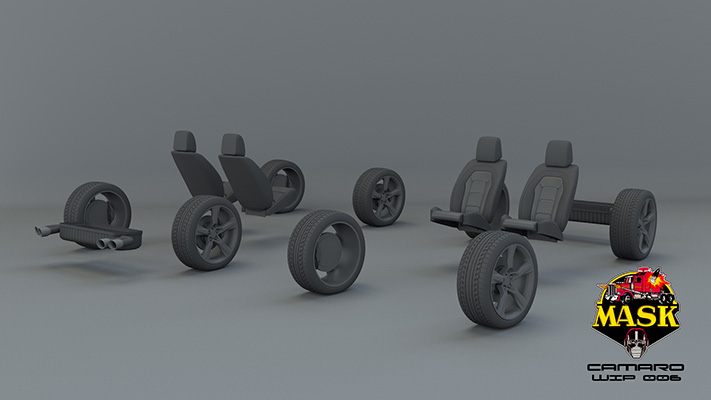 Didn’t have time to do much since few weeks. But Here’s the current status: I created the seats and the muffler.