Am looking for constructive critique and feedback while I post my journey in developing my skills! I shall post things I do within this sketchbook thread.
Thanks for taking the time to look & give any feedback for improvement! (:

This is my latest character concept art I’ve done: 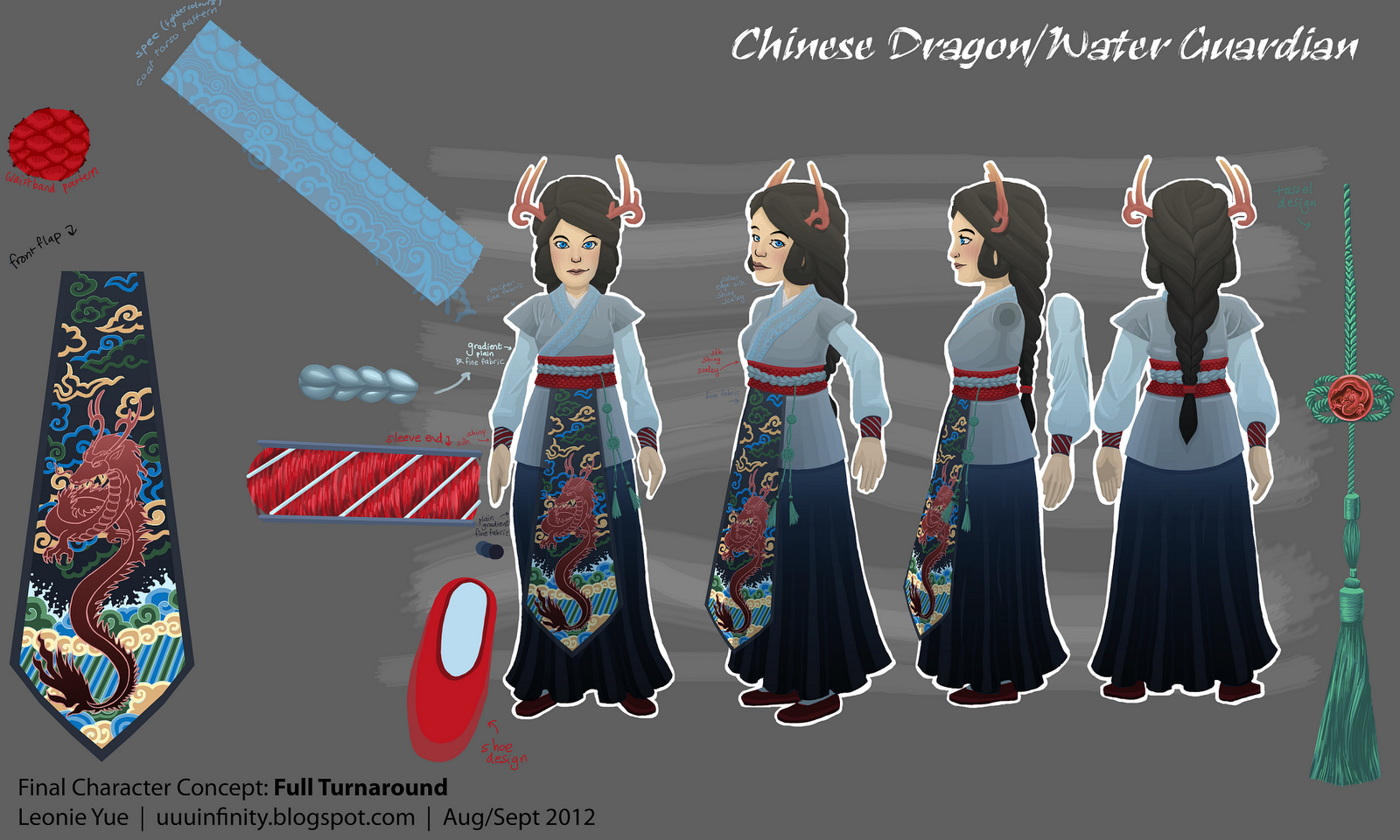 See here for more details about this character: http://uuuinfinity.blogspot.com.au/search/label/dragon%20guardian
For the 3D modelled WIP so far based on this Concept, gander over here: http://forums.cgsociety.org/showthread.php?p=7420387#post7420387

My latest life drawing doodles where I try my hardest to draw stuff quickly before they move off to another position: 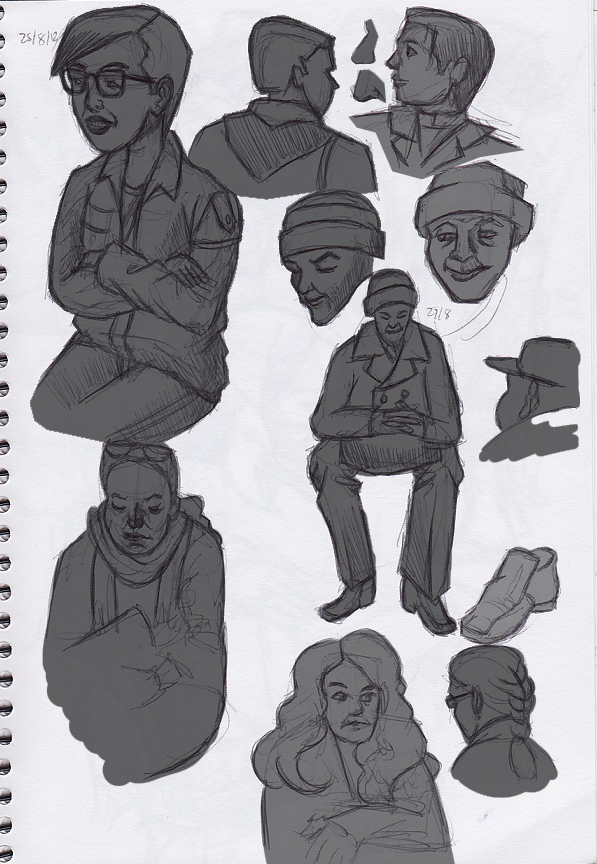 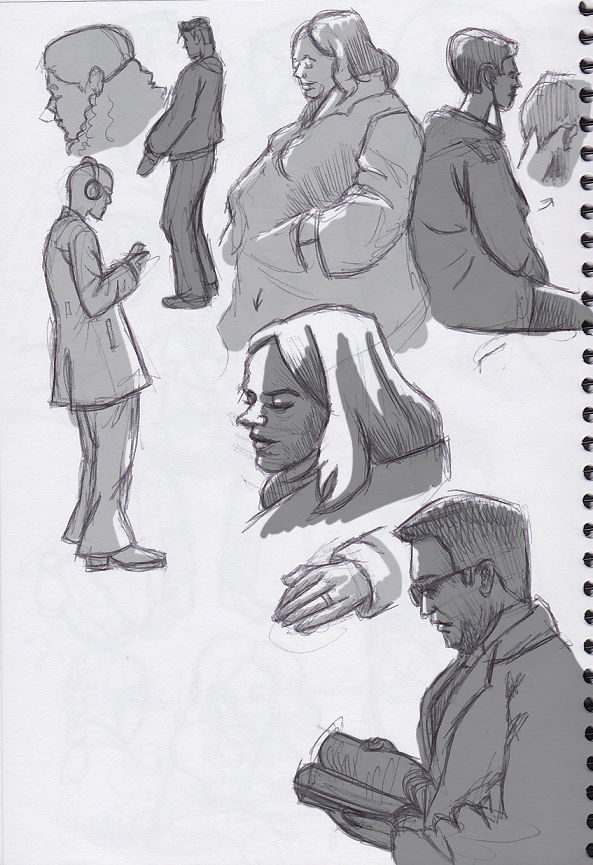 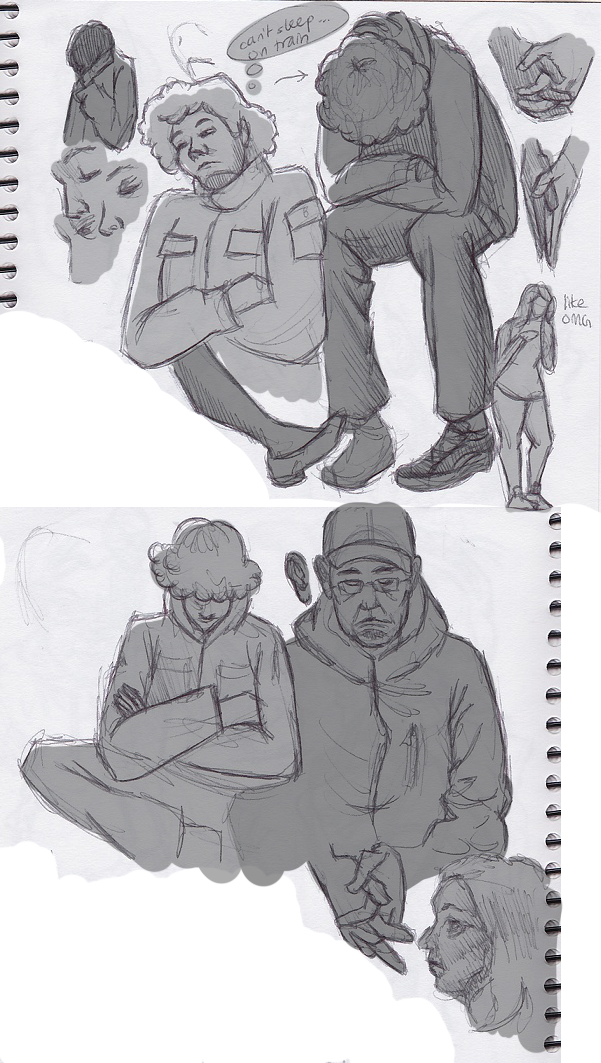 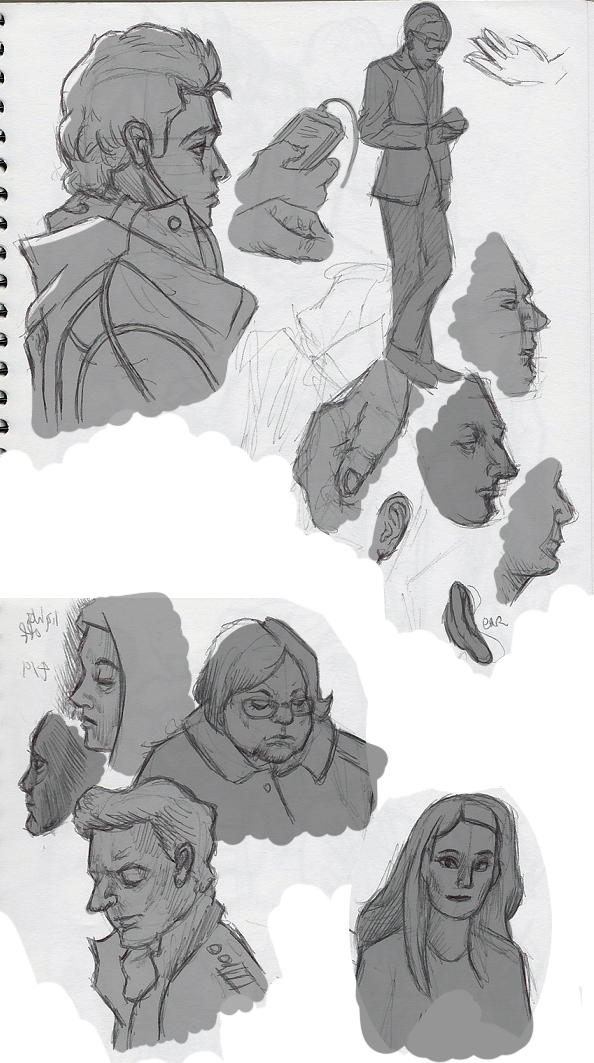 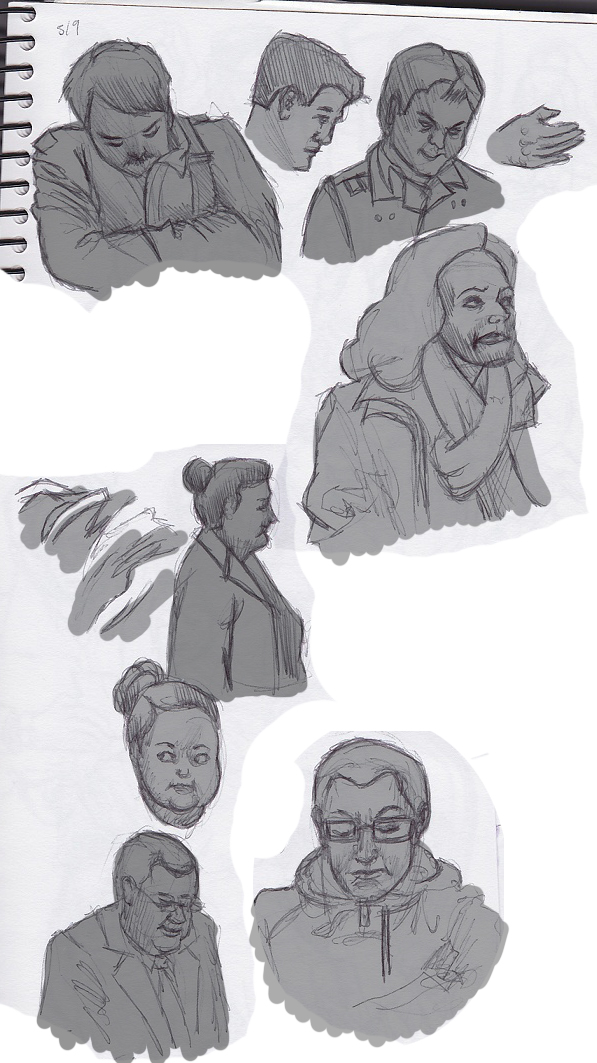 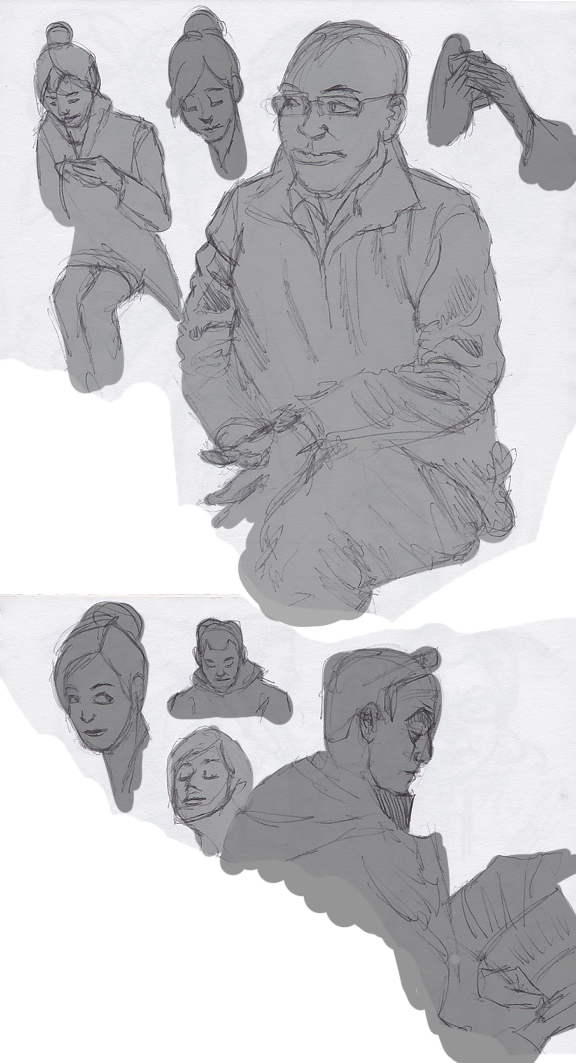 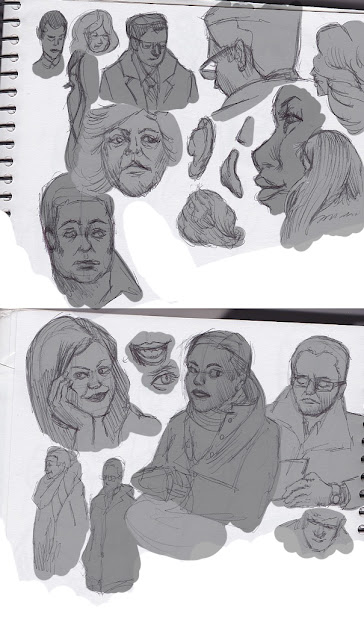 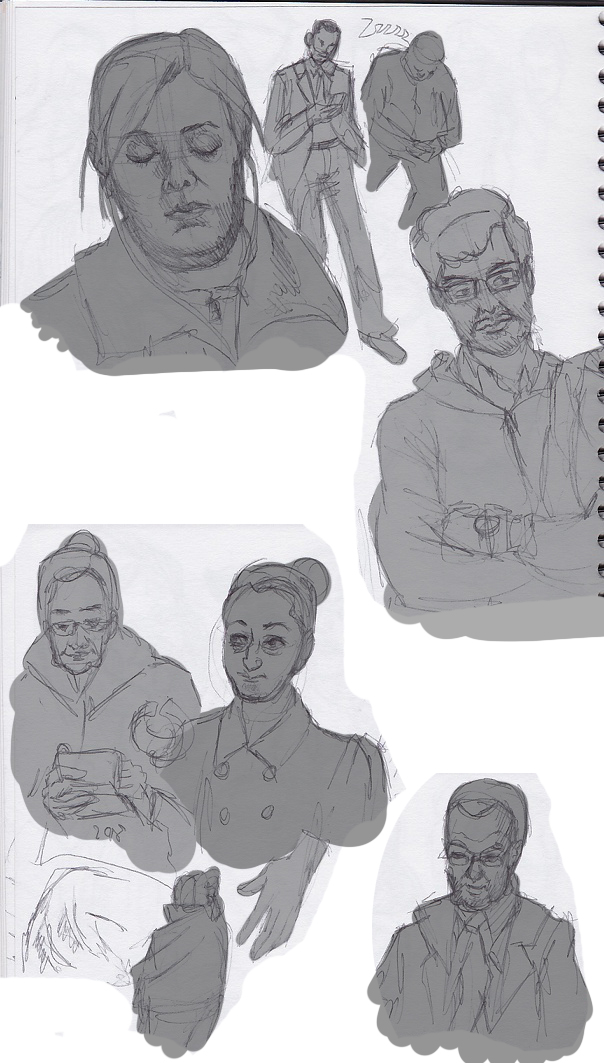 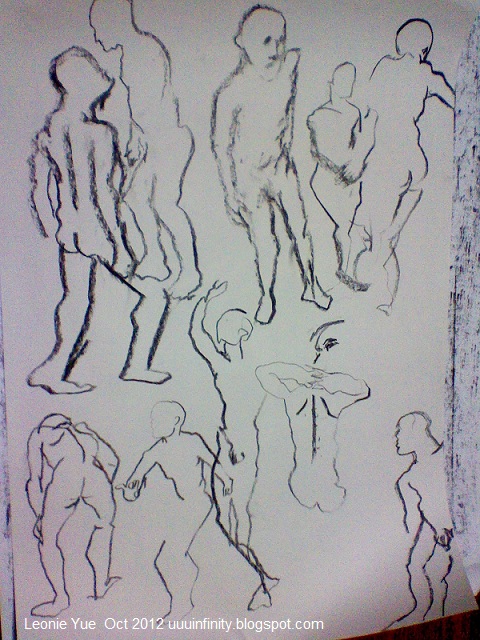 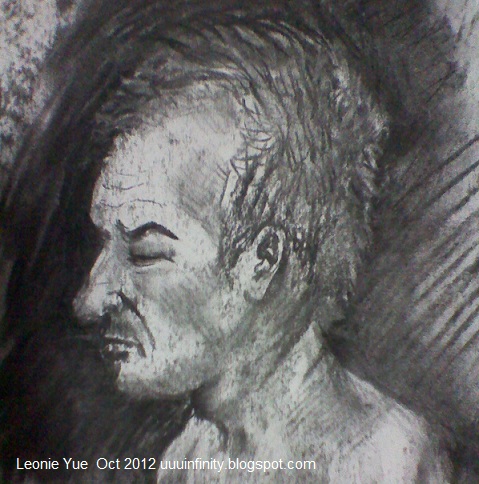 Charcoal fun! The proportions are out of whack…being short with a very tall easel is something I’d need to contend with better next time.

There’s more from this session in my art blog, but I’ve picked out the ones I like better here. 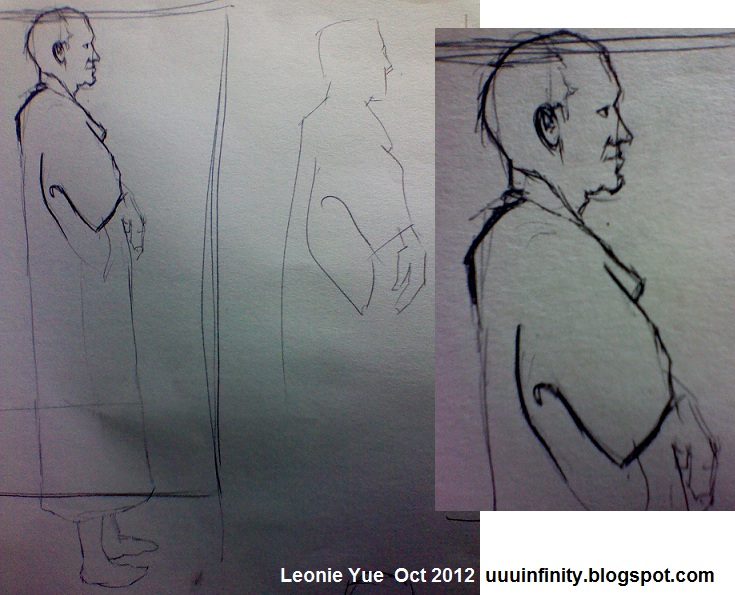 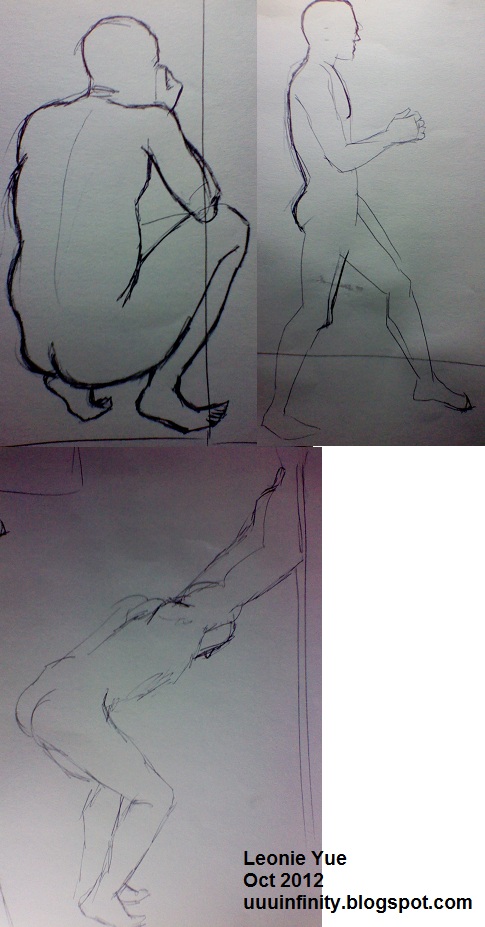 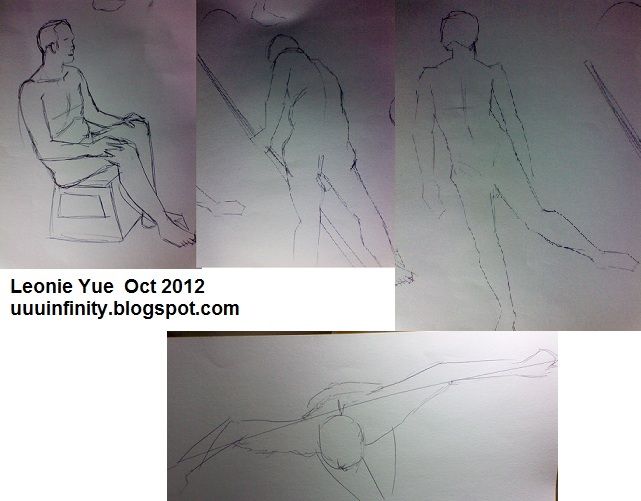 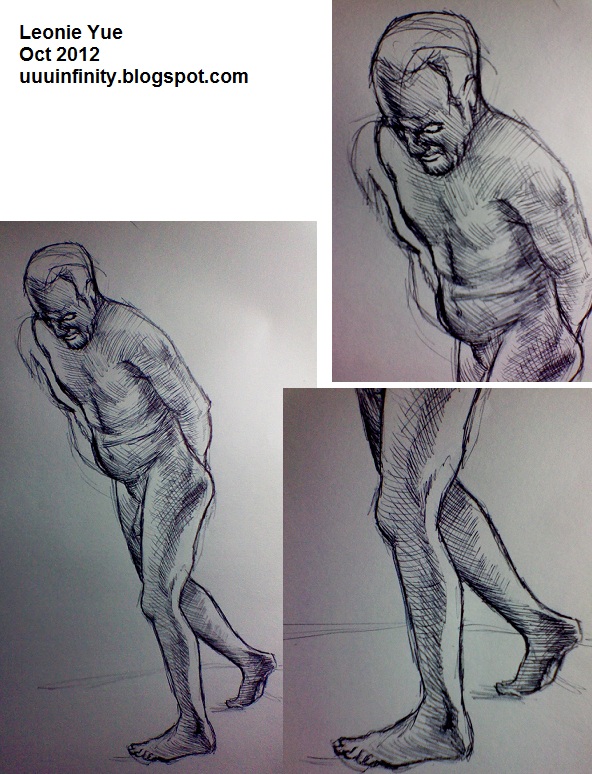 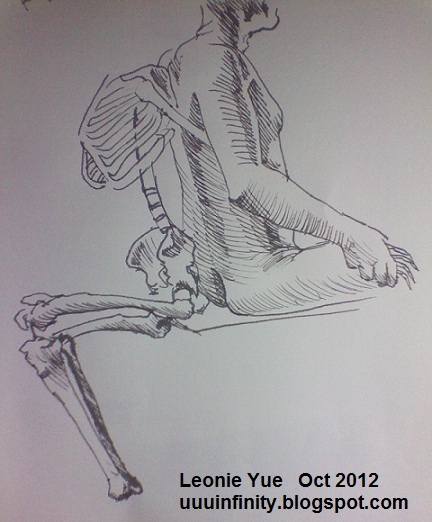 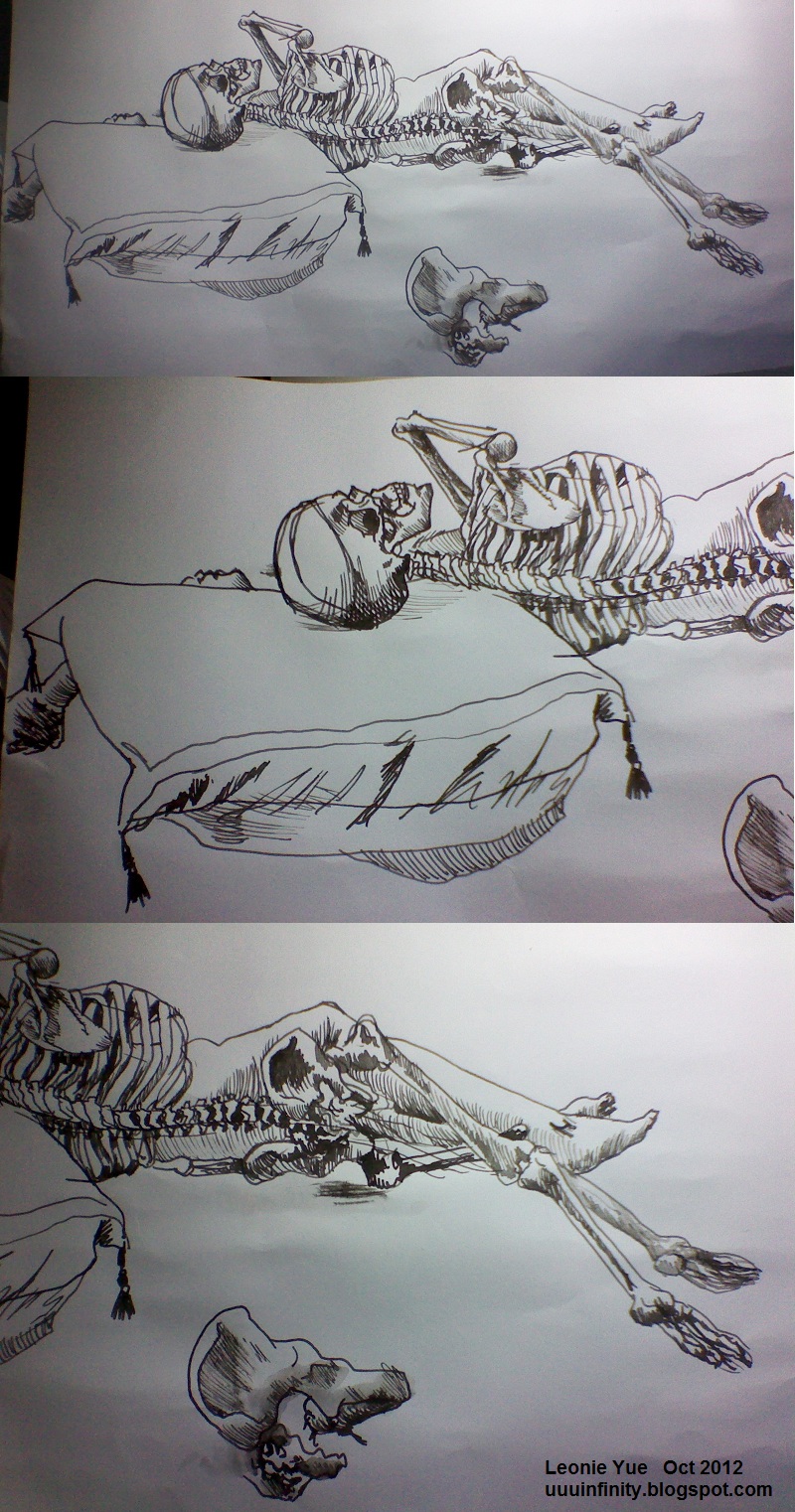 Thanks for looking (:
Welcome and eager for feedback and crits! And even new feedback friends!

More commentary/thoughts on my main blog if you’re interested as I’m just going to dump art without too much description here.

Until next time, keep rolling! 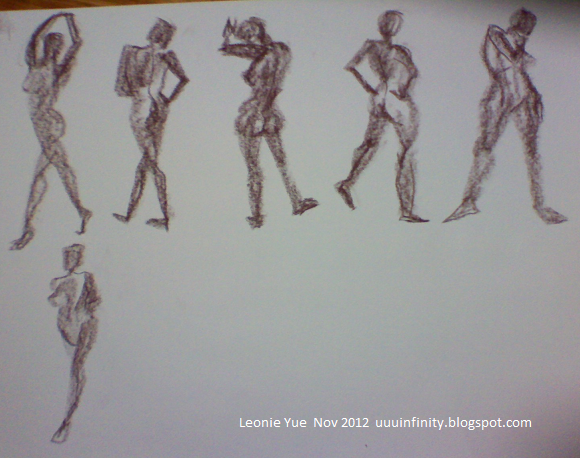 Haven’t gotten looser with my lines yet.
Feedback appreciated (:

Hullo! First I’ll post up what I’ve done and then the Nomad Panda concept, as that is what I’m working on at the moment.

I was working on a Character for a team of game programmers. It’s their student game project and they wanted a “Wastelander Panda” webseries sort of Panda character with a Fallout 3 vibe to it. He also carries trash around. Their game is a puzzle 2D platformer, so I was to make a spritesheet for them asap.

These are my rough sketches/thumbnails to get an idea of the Panda they’re looking for. 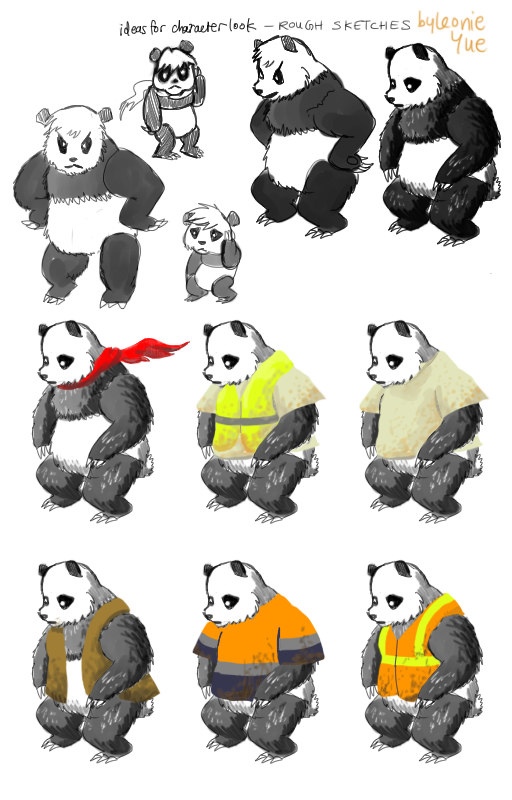 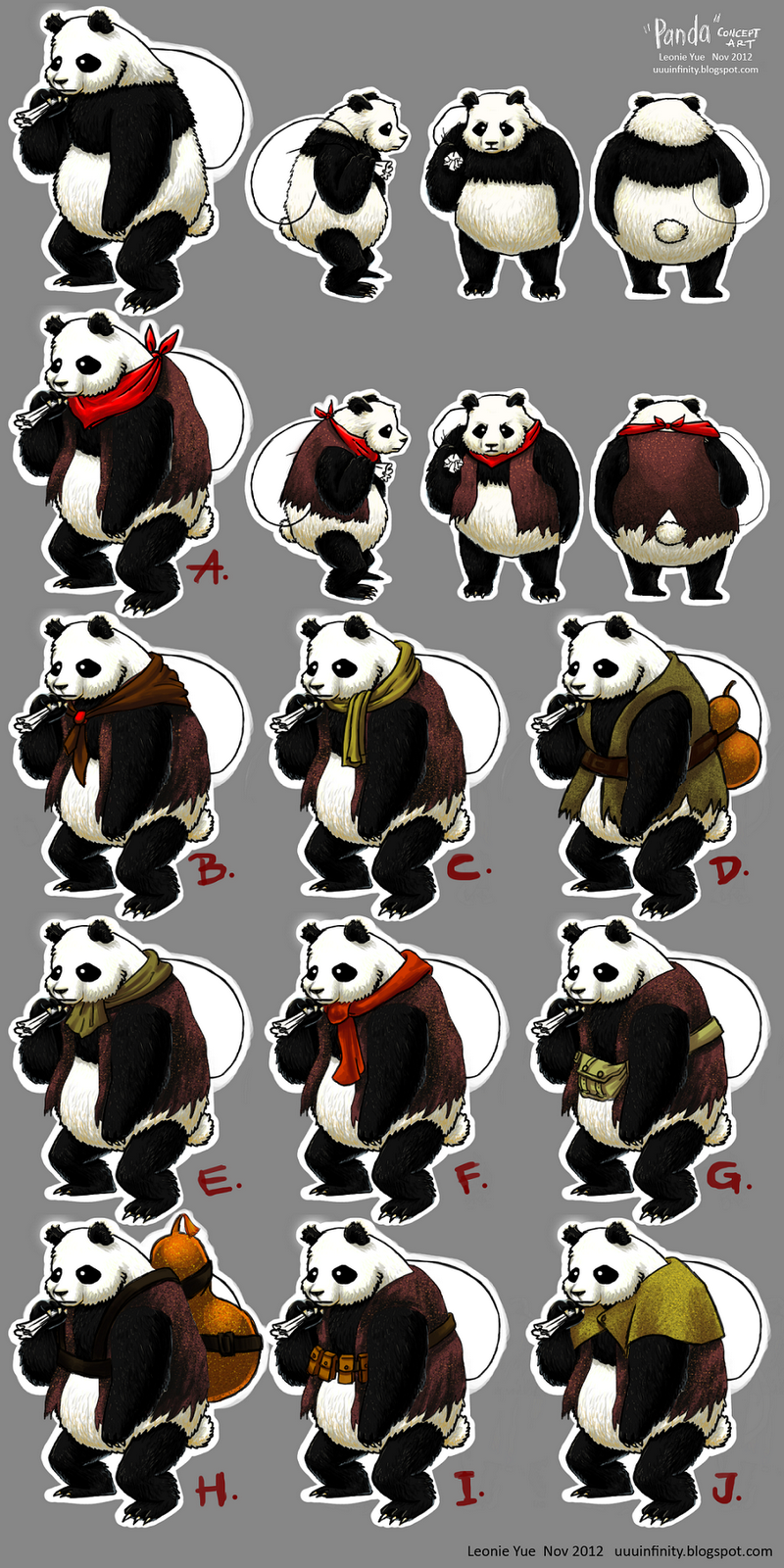 Took me much longer than I would have thought but I am finally (hopefully) done with the sprite sheet for their game. Took me over a day to figure stuff out, animating it to see how it looks and rendering via pixels. It’s tiny compared to the concept art as each frame is 42x42.

Will need to find out who is their background artist so I can get some backdrop to my panda here.

I made some sketches full of Panda studies posted over at my blog, but I’m too embarrassed to post them here. But after some practice, I got my concept art of just the Panda character by itself (I haven’t designed the accessories yet, so WIP still!)

I did some colour hue changing tests (that I’ve posted at my blog only) but I’m sticking to these original colours of blacks, whites, oranges and blues for my project.

Phew! 3D side of things for this panda is currently in progress.
I will probably post this in my 3D sketchbook thread (: 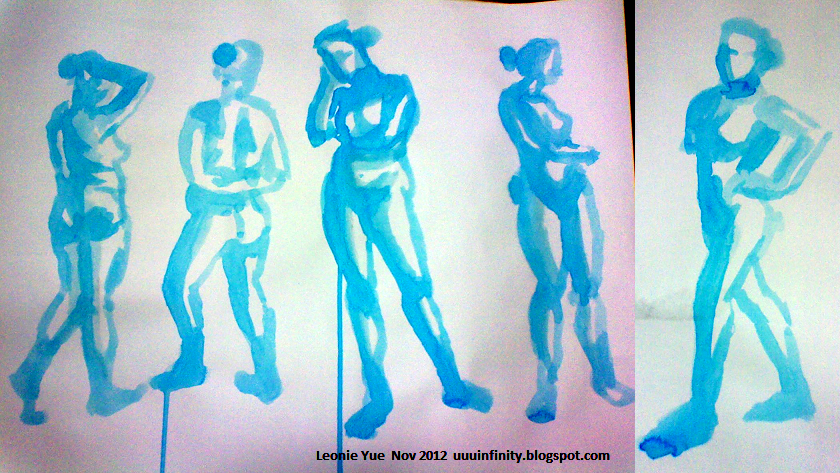 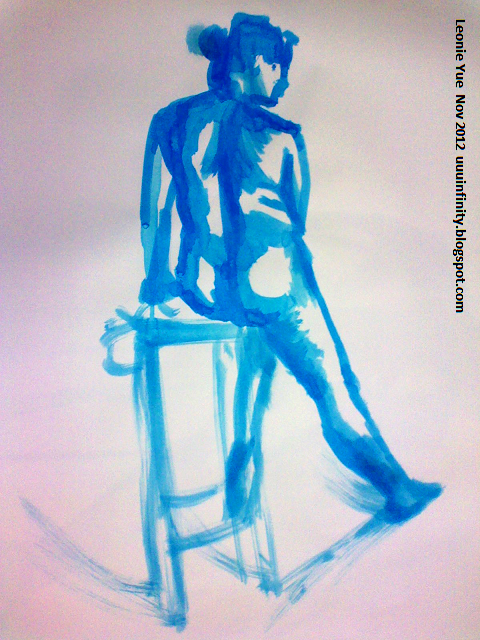 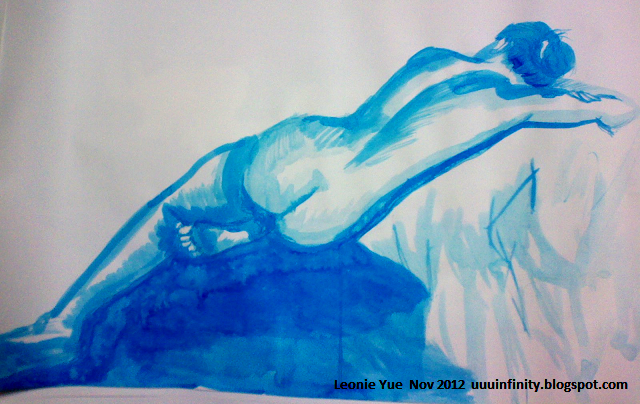 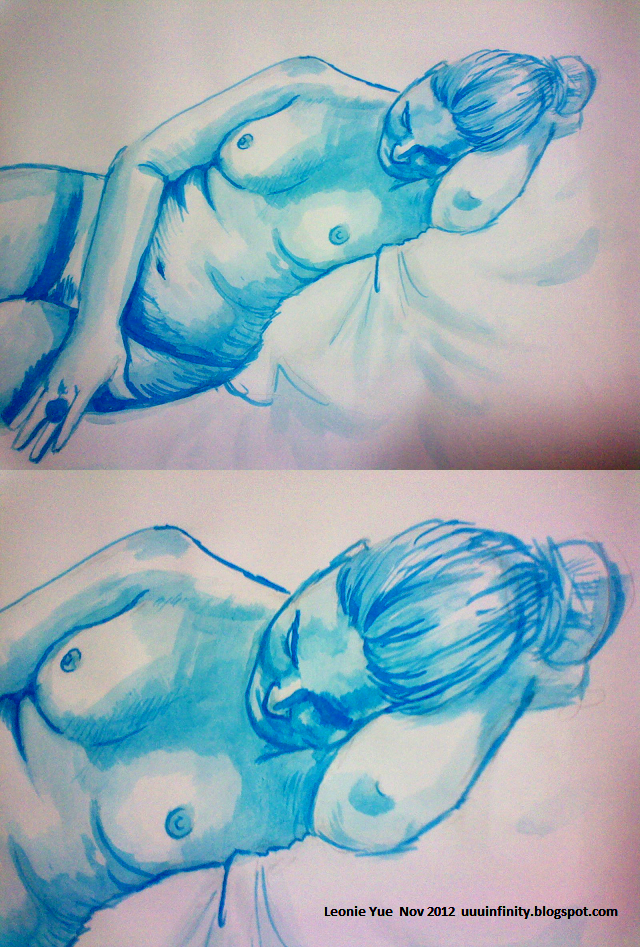 Some of my results during this session.