This release comes with the latest changes from Blender 2.82. Bforartists itself comes with the usual small fixes and changes. Which is not this much this time since we have built a new webpage for Bforartists. And holiday seasons came in the way too. We have catched the usual thinks, like double menu entries and a few checkboxes that were right aligned again. There are some changes at the keymap. Hotkey d activates the tweak tool now for example. And we have started the work at the tool shelf. We don’t need the double tool set. Tools like Box select that exists in the tool shelf are removed from the select menu now.

Bforartists is a fork of the popluar open source 3d software Blender. The primary goal of Bforartists is to deliver a better graphical UI and a better usability. Bforartists 2 Alpha 0.9.0 is based at Blender 2.83 Alpha. And is of course free.

A big thanks goes to the team. Have fun with the new version - Reiner 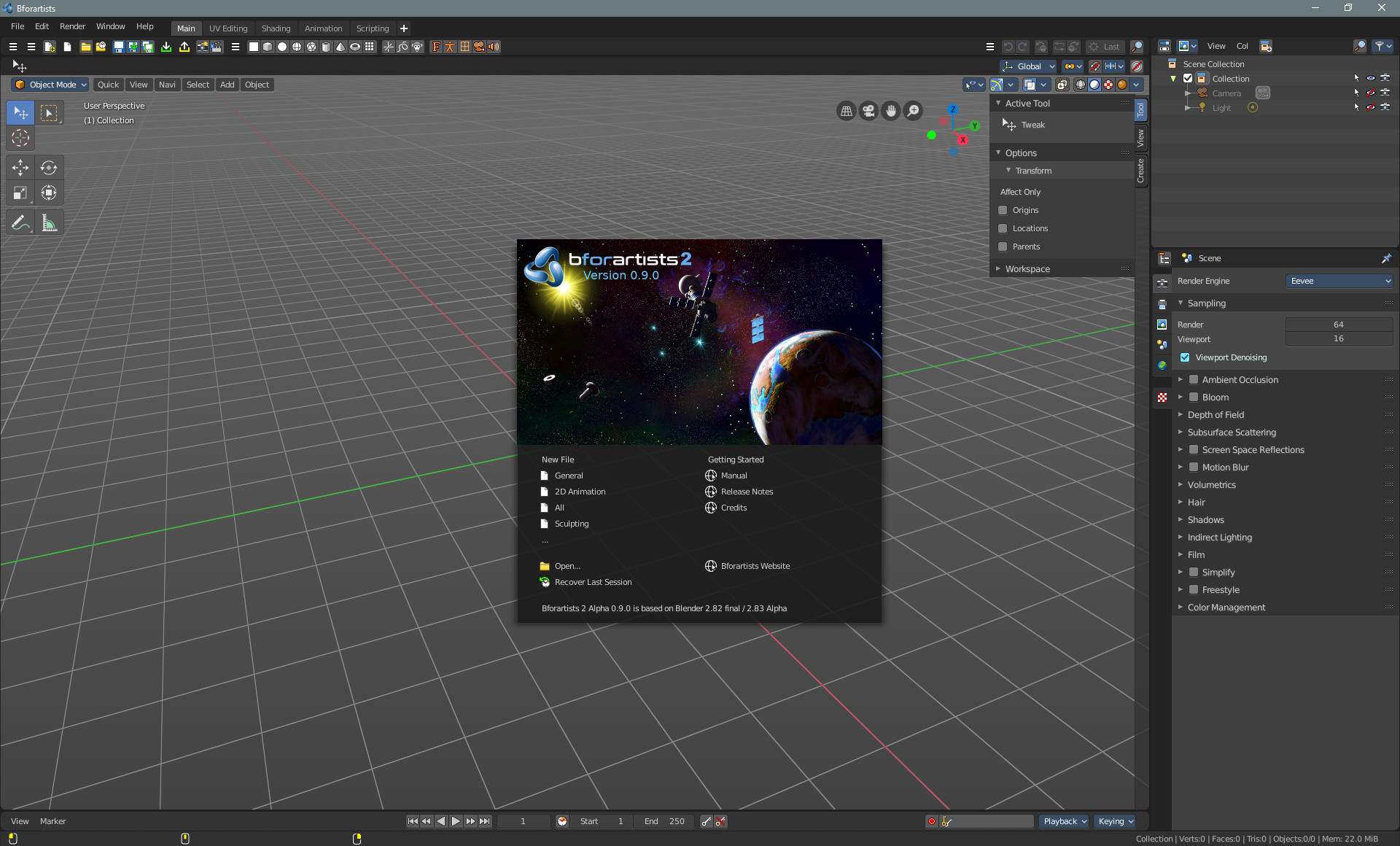