WHAT THE MAKING OF MEET MELINE : a 12-minutes featurette with behind-the-scenes footage, interviews, talks about the story, the characters and the environments, shot breakdowns and much more : the Art of making a short-film!
CLICK HERE ! :o)

So today, we are releasing ! 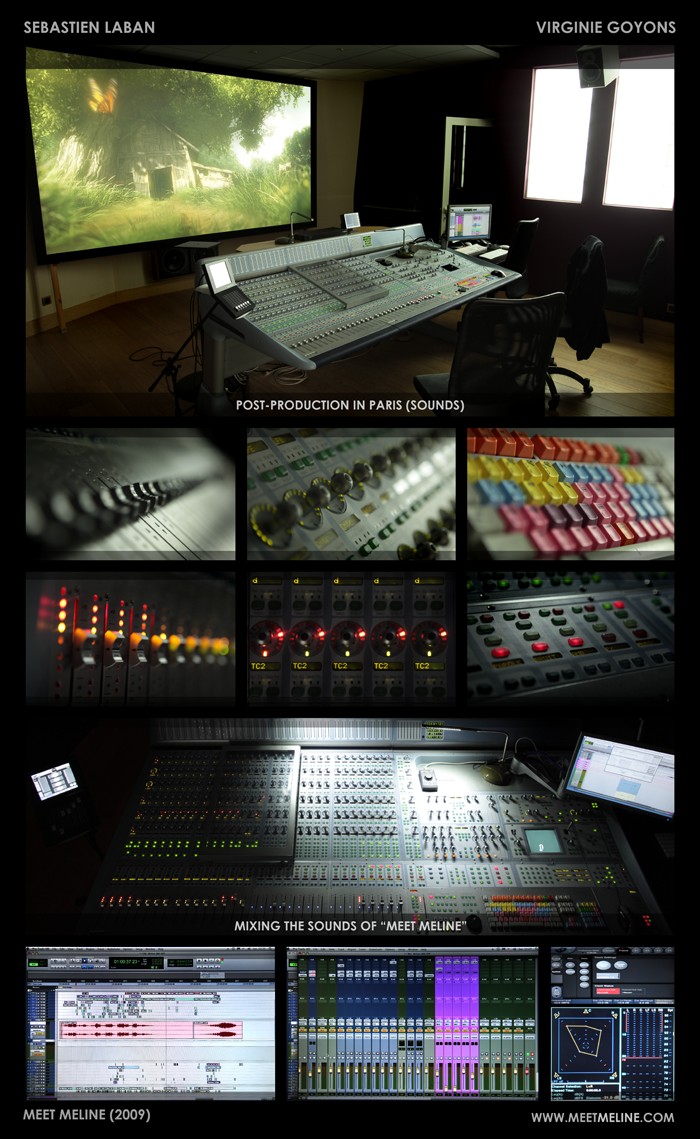 And he was right!

Everything! Its like my grand-fathers old barn!
And oh great! The action of Meet Meline takes place in an old barn! This time, its the sound effects engineer (Eric) that uses all these objects and there is a big white screen where Meet Meline is projected! And he really knows what to use, how to make a very specific sound, and at a very specific moment. And believe, if you dont know it already, its not as easy as it looks!

and that really was like Meline was alive in front of use! Virginie and I were almost in tears! That was so moving!

so that the setup of the scene is done and the the shot is ready to be render (And when there is a new version of the animation of the girl, for instance, I don t have to setup the whole scene again, I just change the clip in the “Trax Editor” and everything will be setup properly.) 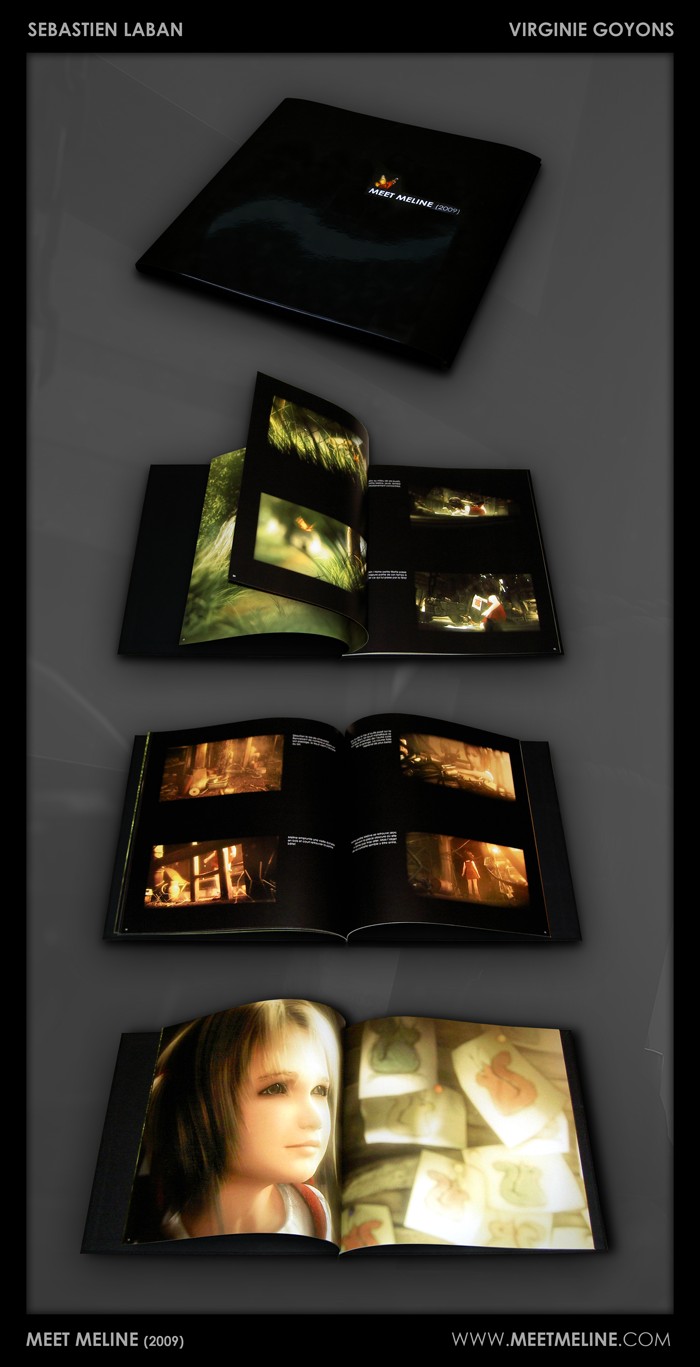 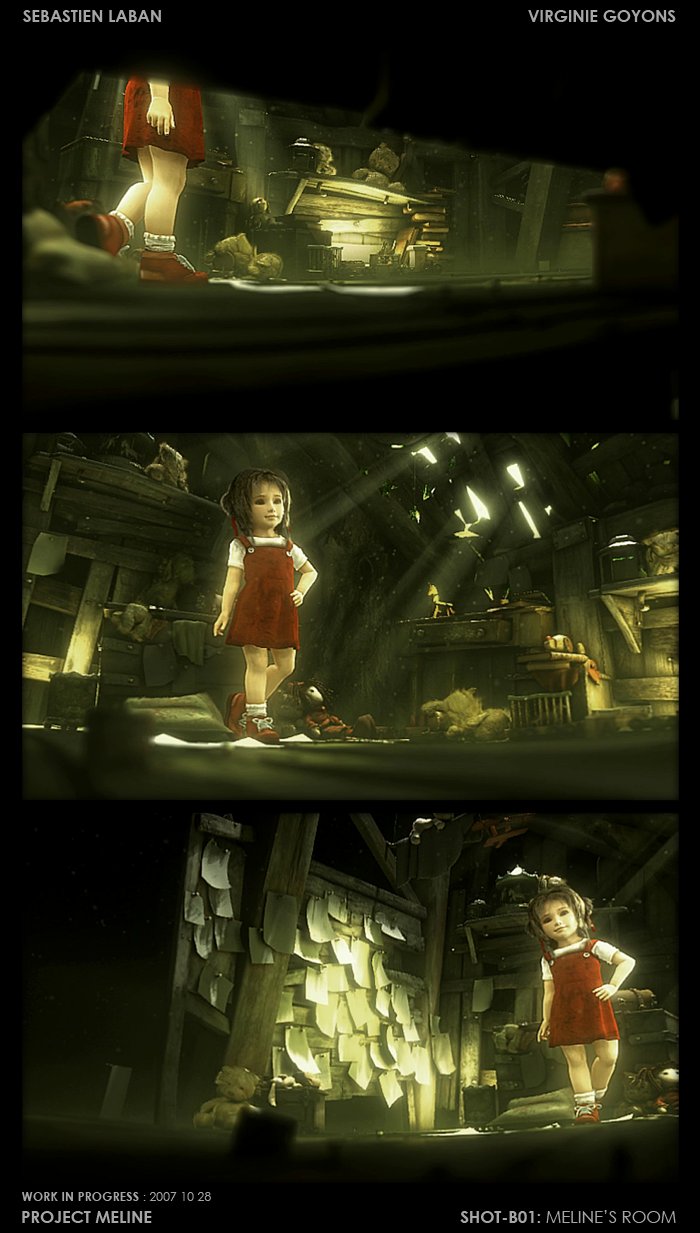 To download this animation : right-click on the image, then choose “Save Target as…” :o) 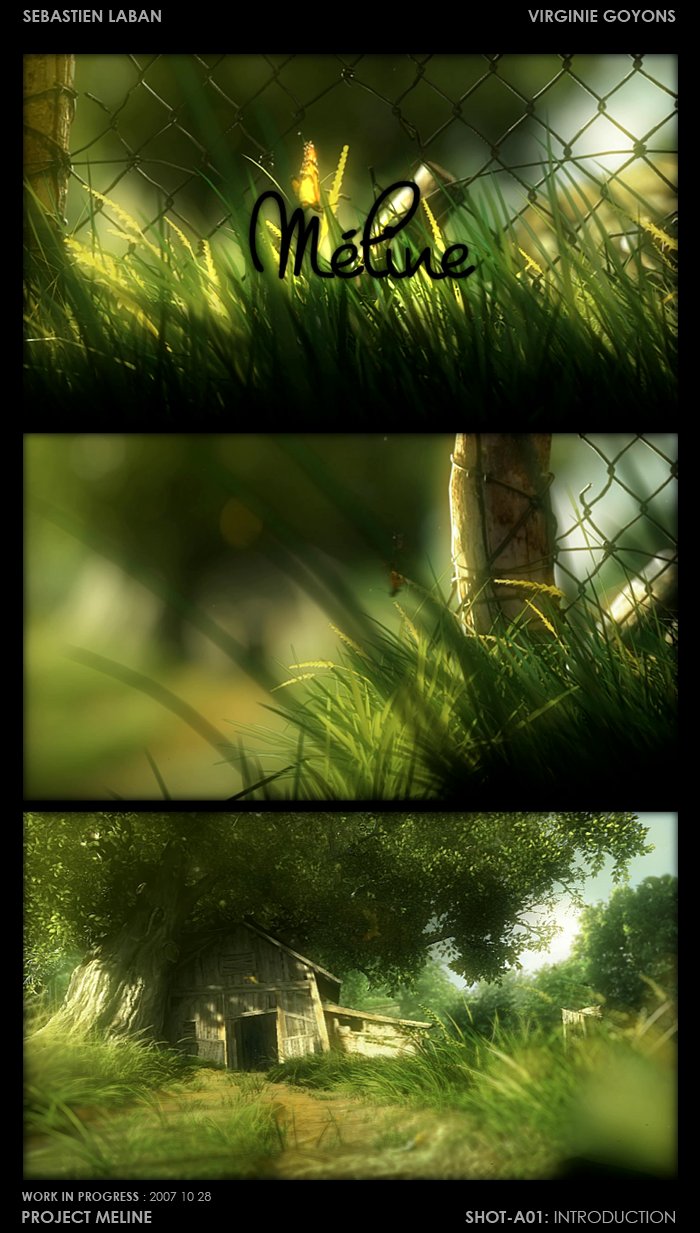 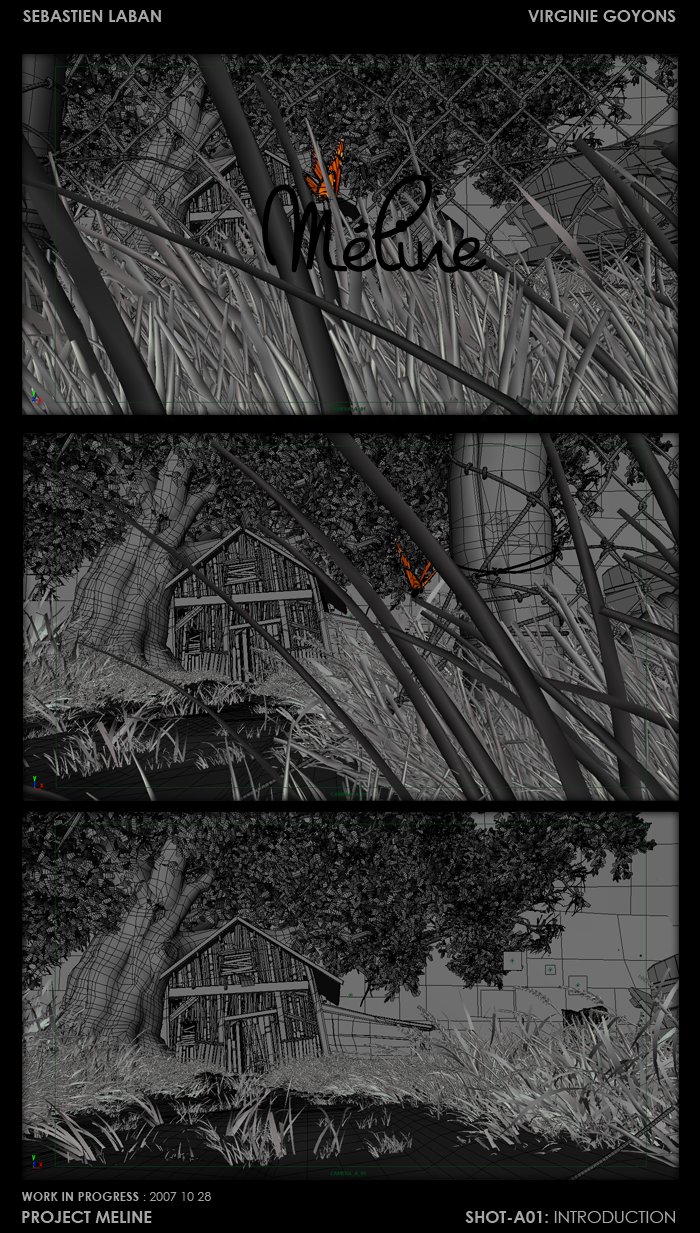 Good you posted screenshots with hair since that really ties her together.

The only crit I have is that I believe the eyes could be a little closer together.
And there’s a tiny detail on small children I find really cute; the inner corner of the eye is usually obscured by a tiny fold of skin. I’ll see if I can find an image to illustrate that point.

well, you know what? Scratch that about the eye-distance. I think it’s just that the back of the nose is a tad too thin

Thanks Phillip for the c&c!

When you say the back of the nose, did you mean the part of the nose between the eyes? Am I right?

I feel I should do that

Thanks for the advice!
Sebastien LABAN
www.sebastienlaban.fr.st

exactly what I meant!

keep it up and keep us posted.

She is very cute; well done!

I’ll try fix that “u shape” things and other small things that will come to my mind.

In the meantime, if other nice cgtalk users find something weird on the mesh, please let me know!

(I won’t be able to post more images until Friday afternoon due to technical issues, but I’ll keep working on “Meline” on my laptop, so c&c are always welcome

If you could check those 2 tests, I would love to hear what you think about it :o)
Next i’ll try to make a nice-looking shading to the hair… should be fun :o)

Wow, the ribbons look great. Would you mind explaining that setup in detail?
I never worked with maya hair, only with shave and a haircut…

The hair in your test looks good too, only it feels a bit too heavy and stiff.
I’d expect it to be less stiff towards the tips too…
Right now it looks like she used lots of hairspray

Do you plan to use mental rays fast skin shader to render her? I feel it yields great result after a bit of tweaking…

Here is how I dealt with the dynamic the Ribbons : 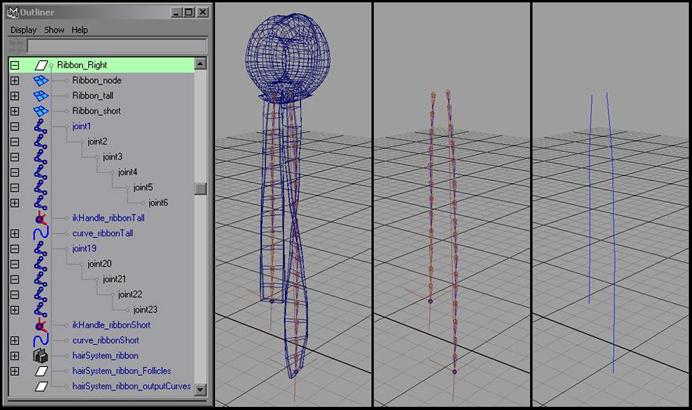 neat trick with the spline IK!

and thanks for sharing

I took it from the “Maya Help” under :
Dynamics & Simulation > Hair and Dynamic Curves > Samples & techniques for Hair > Sample Dynamic Curve scenarios.
The Maya Guy used that to rig and animate the tail of a butterfly :o)

I give another vote for cute. She is cute. However, she doesn’t look all that young. I’m not sure what age you are aiming for? Of course the age perception will change with the texture you put on her, too. Right now she looks 9-10 to me.

(…probably a little younger)… anyway, not like a baby

Do you have some feedback we could use to make her a little younger (and even cuter)? :o)

By the way Philip, about the hair.
I don’t really want to give them a too-much-CGI-look (a lots of dynamic, floating in the air with a constant wind turbulence on them…

).
We don’t want to make them too light and stress that there’s dynamic on the hair. (i don’t know if i’m clear on this point

)
Do you still think the hair are too heavy?..

the hair is too stiff, it should lay more flat on her head if you’re going for realism. dynamics look cool though.

This looks TORRID. This is some awesome work, I would pay for you to be my teacher. Please tell me you have tutroials on your site? My french is rusty, sadly.

Glad you like it.
Though making tutorials is quite a task, a long one, I’ll try to explain what I’m doing and how I’m doing in as much as I can

Thanks Guys for your helpful c&c ! :o)